Giuliani on CNN: Cohen’s ‘Been Lying for Years;’ Plus: Et Tu, Snoop Dogg-ay?

On CNN’s Cuomo Prime Time, in response to Michael Cohen’s brand-new insistence that Trump knew in advance about a 2016 meeting between his campaign officials and a Russian attorney, Rudy Giuliani threw down:

I can’t imagine how betrayed Donald Trump feels. Since he chose to run for president as a Republican, Democrats and the media have been absolutely, unprecedentedly, jaw-droppingly, shamefully vicious. It’s no wonder he placed his children in positions around him — he didn’t know who he could trust. After all, until Trump declared himself a Republican, so many of the same people loved him. There was even a Comedy Central Roast of The Donald. He was everyone’s favorite eccentric tycoon. Remember this?–

Fast forward six years, to this:

Like a Boss: Watch Nikki Haley Put Soleimani and Iran On Notice....Two Years Ago

It is a widely-held American belief that you can trust your own attorney. Surely Trump had many choices of lawyers to represent him over the last several years.

Now, the man he picked to handle his private business has turned on him.

Just days ago, CNN aired a 2016 audio recording — taped without Donald J.’s knowledge, which is legal in New York — of a conversation between Cohen and his billionaire client regarding payment to a former Playboy Playmate who claimed she’d had an affair with Trump. The feds have several more of Cohen’s secret tapes now in their possession.

Giuliani had this to say:

“The tapes that we have demonstrate any number of very serious lies back a year and a half ago, including his fooling people, hiding tape recordings, telling them they aren’t recorded, lying to their face, breaking faith with them. I don’t see how he has any credibility.”

“He has lied all his life… a person who is found to be an incredible liar, he’s got a tremendous motive to lie now… I don’t think anyone believes that.” Rudy Giuliani dismisses report Michael Cohen claims Trump knew in advance of 2016 Trump Tower meeting https://t.co/xd4PFYYpcQ pic.twitter.com/9gxjNGWLRA

The President and Don Jr. (who was part of the group that met with attorney Natalia Veselnitskaya at Trump Tower) — as well as others — have refuted the notion that the then-presidential candidate knew of the meeting before The New York Times reported on it in 2017 (the same year as Snoop Dogg’s music video).

As for Cohen’s assertion to the contrary, Giuliani continued his castigation:

“There’s nobody that I know that knows him who hasn’t warned me that if he’s backed up against a wall he’ll lie like crazy, because he’s lied all his life. … [Cohen is] the kind of witness who can really destroy a whole case. … A person who is found to be an incredible liar, he’s got a tremendous motive to lie now because he’s got nothing to give, says it, all of a sudden, at the 11th hour. I don’t think anybody believes that.”

His back is against the wall, indeed. Regardless of how this plays out, Cohen’s future doesn’t look bright.

“Michael Cohen could face new professional and legal challenges for leaking a secretly recorded conversation with his former client Donald Trump — a risky move that could cause problems with the state bar, future clients and even investigators. … ‘He is increasing the amount of baggage associated with his credibility by the day,’ white-collar criminal defense attorney for Ifrah Law and former DOJ official Jim Trusty told Fox News.”

“What kind of a lawyer would tape a client? So sad! Is this a first, never heard of it before? Why was the tape so abruptly terminated (cut) while I was presumably saying positive things? I hear there are other clients and many reporters that are taped – can this be so? Too bad!”

What kind of a lawyer would tape a client? So sad! Is this a first, never heard of it before? Why was the tape so abruptly terminated (cut) while I was presumably saying positive things? I hear there are other clients and many reporters that are taped – can this be so? Too bad!

Cohen himself is under federal investigation in New York. Reportedly, he believes turning on Trump will take some of the heat off himself.

What do you think of these latest turns of events? Sound off in the Comments section below.

For something totally different, please check out my articles on ping pong with China, the death of Miss America, and The View’s mockery of Trump honoring veterans.

Obama Did More Than Just Look the Other Way at Soleimani; the Iran Deal Gave Him Amnesty

Retired General to Sen. Chris Murphy (D): It's a Good Time to Shut Up

Scaremongering and Ice Cream: It’s All About 2020

Don’t Start Nothing, Won’t Be Nothing

Markets Start The Year With A Bang 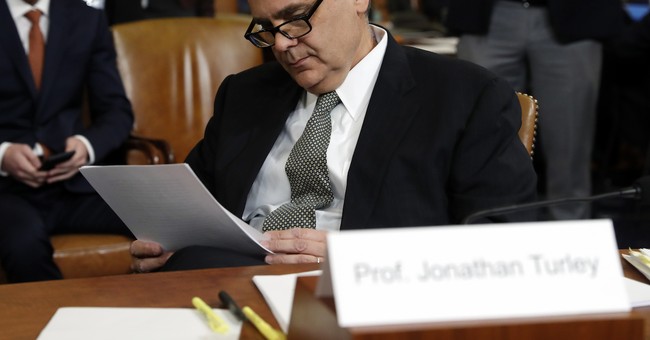 'Appeasing the wasp nest'? NY Times columnist has been stung by his own Soleimani analogy