I always thought that directive involved some sort of athletic enterprise.

Many people are protesting Kaepernick’s involvement, complaining that the legendary shoe company is promoting disrespect for the American flag.

In my opinion, there’s a more foundational issue. Patriotism, veterans, the anthem…nearly all that’s been discussed about the issue of NFL kneeling…misses the most profound point.

I go back to Steve Martin. In his “Grandmother’s Song” from the hit comedy album Let’s Get Small, the ultra-original comedian gives life advice. As the song rolls on, his suggestions become more absurd. And horrible. The first verse:

Be courteous, kind, and forgiving
Be gentle and peaceful each day
Be warm and human and grateful
And have a good thing to say

Be thoughtful and trustful and childlike
Be witty and happy and wise
Be honest and love all your neighbors
Be obsequious, purple, and clairvoyant

Eventually, the song hilariously devolves into “be tasteless, rude, and offensive.” 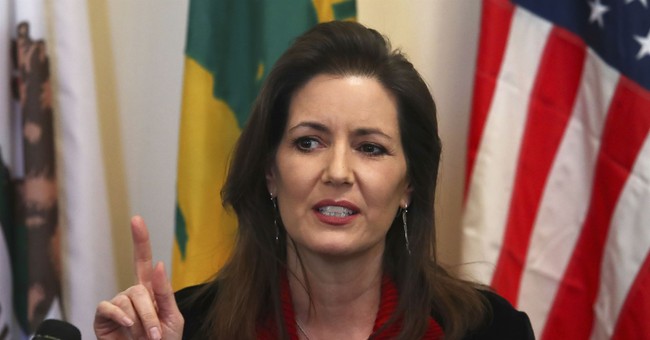 And along the way, it offers one of my favorite examples of bad advice:

Criticize things you don’t know about.

Nothing is more wrongheaded.

Colin Kaepernick, it seems to me, is a tale for the ages: He was a millionaire (x 20!) sports figure, blessed beyond measure by a nation that loves to watch guys dress in matching clothes, run around in the grass in choreographed fashion, throw around a little ball, and lie on top of each other. By the greatest stroke of luck, he was born at a time in history and in a place in the world where such an endeavor is rewarded with unimaginable riches.

Yet, instead of relishing his incredible fortune, he decided to wage a war against injustice.

However, despite being a pro athlete, he forgot to find out whether that particular terror was backed up by the stats.

He put everything on the line to stop the scourge of something he forgot to first of all verify was actual.

Please note that I’m talking about a racist, murderous pandemic, not general police brutality. Police brutality is absolutely a terrible problem which needs solutions. But I’m referring here to the notion that officers are, en masse, murdering hordes of people merely because of their race.

As noted by National Review’s analysis of a Washington Post piece, in its article “Police Aren’t Targeting and Killing Black Men,” the malady is a myth:

“In 74 percent of all fatal police shootings, the individuals had already fired shots, brandished a gun or attacked a person with a weapon or their bare hands,” [the Post] reported in 2015. “Another 16 percent of the shootings came after incidents that did not involve firearms or active attacks but featured other potentially dangerous threats.”

Those figures are consistent with other data. In 2015, two-thirds of unarmed people of any race killed by police had been in the process of committing violent crime or property destruction. Fourteen percent were engaged in domestic violence. Ten percent were committing a robbery, 20 percent a burglary or vandalism, and 21 percent an assault on another civilian.

More important, cops don’t usually initiate their contact with the person who is shot. Three-quarters of fatal encounters start with someone contacting police and reporting the suspect.

Further, more than half of the unarmed people killed by police suffered from mental-health issues, drug intoxication, physical disability, or some combination of them. That’s something public-health policies can address head-on.

1. Cops killed nearly twice as many whites as blacks in 2015. According to data compiled by The Washington Post, 50 percent of the victims of fatal police shootings were white, while 26 percent were black. The majority of these victims had a gun or “were armed or otherwise threatening the officer with potentially lethal force,” according to Mac Donald in a speech at Hillsdale College.

3. The Post’s data does show that unarmed black men are more likely to die by the gun of a cop than an unarmed white man…but this does not tell the whole story. In August 2015, the ratio was seven-to-one of unarmed black men dying from police gunshots compared to unarmed white men; the ratio was six-to-one by the end of 2015. But Mac Donald points out in The Marshall Project that looking at the details of the actual incidents that occurred paints a different picture

4. Black and Hispanic police officers are more likely to fire a gun at blacks than white officers. This is according to a Department of Justice report in 2015 about the Philadelphia Police Department, and is further confirmed that by a study conducted University of Pennsylvania criminologist Greg Ridgeway in 2015 that determined black cops were 3.3 times more likely to fire a gun than other cops at a crime scene.

In short, Colin was — and is — mistaken. It appears that he heard something, and instead of finding out whether it was accurate, he went to work on the phantom menace. In the process, he helped cripple an American institution (covered here) and became booed by crowds. He’s now a pariah, for the most unnecessary of reasons.

Even so, if you’re a guy who’s made some fumbles in your well-intentioned activism but can still get the endorsement of athletic commerce’s biggest brand…honestly, just do it.

Thank you for reading! What do you think about the new Nike campaign, and about my analysis? Please let us all know in the Comments section below.

In case you missed the relevant RedState links in this article, please find them here and here.

For something totally different, please check out my write-ups of wee-weeing in France, Trump the idiot, and Margot Kidder & Superman. Fauci Fears Football May Succumb to Second Wave of Coronavirus

Trump: Reelect me because we need some new Supreme Court justices to protect conservative values 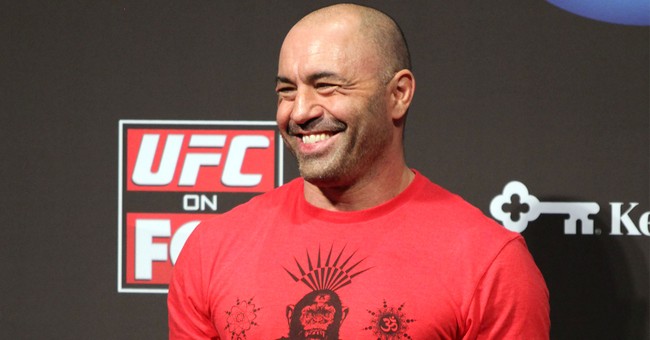