Lindsey Predicts Success for ‘United’ GOP: Surprise in the House, ‘Hell of a Night’ in the Senate

On Monday, Sen. Lindsey Graham bounded onto Fox & Friends to let everybody know that the GOP is rockin’ like Elvis in 1956.

And they need to be, given Tuesday’s Congress-determining elections.

We need firebrand Elvis, not late-70’s puffy-faced, reading-his-lyrics-onstage Elvis. That Elvis’ll turn over the House and Senate.

Host Brian Kilmeade asked Lindsey to lay it on him:

“What is your message, going forward?”

Take it away, Linds:

“To remind people what happened to Brett Kavanaugh, that the Democrats will do anything to win. They do not accept the fact that President Trump won.”

Ain’t that the truth. They cannot, will not accept it. Hillary can’t let it go (here), the Left are obsessed with impeachment (here, here, and here), and Rosie O’Donnell wants to enact a military coup (here; she also, incidentally, has said Trump is not the real President).

“[T]alk about the caravan and a growing economy, get our vote out. I’ve never seen Republicans more united than I do now.”

He’s right; and it’s all thanks, oddly enough, to the Left. Given all their insanity since The Donald became a serious contender, they’d might as well have worn bullseyes on their shoes.

“I think we’re going to kick butt in the Senate, and the House is too close to call. The last 30 days has been a nightmare for Trump-state Democrats, between Kavanaugh, the caravan, and a growing economy.”

Lindsey said the Brett Kavanaugh madness was a tipping point for him:

“I just said, ‘Enough is enough.’ I voted for both of their nominees, Sotomayor and Kagan. And all of these Trump-state Democrats voted against Kavanaugh, they voted against the tax cuts, and it’s pretty clear to me they’re not going to return the way I do business, so it’s now time to clean house and put people in the Senate that can help President Trump change America, put conservative judges on the Court, cut your taxes and win a war we can’t afford to lose. Yeah, they brought out a different side of Lindsey Graham, and I hope all these candidates that voted against Kavanaugh, hope they lose.”

“What you did, is you basically took the rule of law, turned it upside down, you tried to destroy a good man in Brett Kavanaugh, you want power too much, and I’m fighting back. I didn’t do this to your nominees; now’s the time to change the makeup of the Senate. Chuck Schumer’s got control over all these people in these Trump states; they’re trying to undercut the election; Trump won all of these states. … I think we’re going to have a hell of a night in the Senate and I think the House is going to surprise a lot of people.”

The Left wants Trump behind a Jailhouse Rock. But if Lindsey Graham is right, they’re headed for Heartbreak Hotel.

See 3 more pieces from me: icon Kaepernick, dogs vs. cops, and the mail bomber identified.

Anti-Trump Arnold Give Props to the President for Addressing CA’s Homelessness, But His Explanation of the Problem Needs a Total Recall

The Hand That Rocks the Cradle 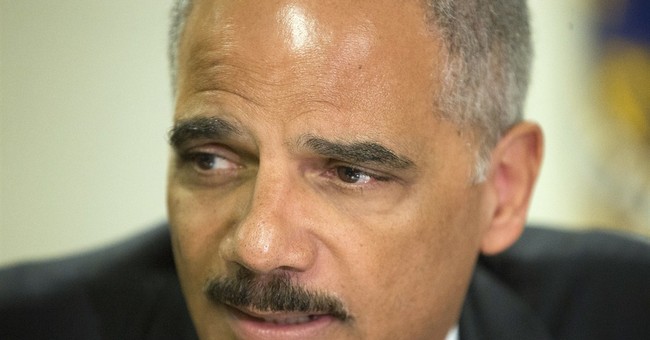 Burn Down the DOJ and Start Over