Great news, everyone: If you’ve at any point been concerned about the business of Planned Parenthood, as it turns out, it’s all cool.

According to the company’s new president, Dr. Leana Wen, the unpolitical practice of the organization is saving lives.

During an interview with CBS This Morning Monday, Wen made things clear.

The show opened by pointing out that PP workers “serve more than 8,000 people” a day.

Planned Parenthood is one of the most maligned and controversial organizations out there. For the program to describe it as “serving” people reveals a heavy bias in favor of it. Imagine if, instead, the show had begun with a counter-characterization from across the ideological aisle: “Planned Parenthood has aborted almost 7 million babies since 1978. Leana, welcome to the show.” Wording is everything.

Anyway, Wen schooled us all:

“As a doctor, I am proud to lead our organization as we deliver life-saving care to two-and-a-half million people every year.”

Does that take into account the abortions they perform?

Oh, and abortion isn’t abortion; it’s “women’s health care.” See? You were all up in arms over nothin’.

Bonus news: it isn’t a baby; it’s the woman’s uterus.

“Women’s health is healthcare, and healthcare shouldn’t be political.”

Planned Parenthood could easily make themselves apolitical: refuse government funding, and don’t deal in the gargantuan political issue of abortion.

Wen told the audience she’s learned a lot as a mom:

“Being a parent has clarified my values. And what I want to do is to shape the future for my son, Eli. And it’s a future where all people are treated the same.”

“Where all people have the right to healthcare.”

Healthcare can be socialized, but it cannot be a “right.” Rights are passive. A right is freedom from the impedance of liberty. Healthcare is not liberty; it is the forcing of someone to take action.

You have no right to force someone to go to medical school and then give you a check up. That infringes upon their rights.

Continuing her description of utopia:

“And it’s a society where we trust women.”

What does that even mean? Trusting women, as opposed to men? Should we trust a hundred million women who believe abortion is wrong?

“And we trust all people to make the best decisions for themselves and their bodies.”

Wen was asked whether the midterm elections were encouraging. She said “Kinda”:

“Yes, and no. On the one hand, we saw people rise up — women, people of color rise up, to speak in favor of reproductive rights and access to healthcare.”

“People of color?” So it was important that all people but whiteys speak up???? What kind of racist view of the world is that?

“But on the other hand, less than 24 hours after the elections, the Trump administration came out with new rules that would…allow employers to deny women birth control coverage. I can’t believe it’s 2018 and we’re still debating birth control.”

There seems to be some confusion.

First of all, one of the lamest arguments you can make is that, due to the year, everyone should agree with you. Secondly, we are not debating birth control. The debate is over whether the government can force any company to provide any given thing.

A host pointed out that Trump’s crappy, and “given that” fact, how’s the doctor gonna work with that jerk?

“I come to this work as a doctor and not a politician. I’ll work with anyone who wants to expand access to healthcare.”

She boasted, “It’s about saving people’s lives. That’s the work that we’ve done at Planned Parenthood for over 100 years.”

“I respect each person’s beliefs for themselves. My problem is if they want to impose their own beliefs on other people.” 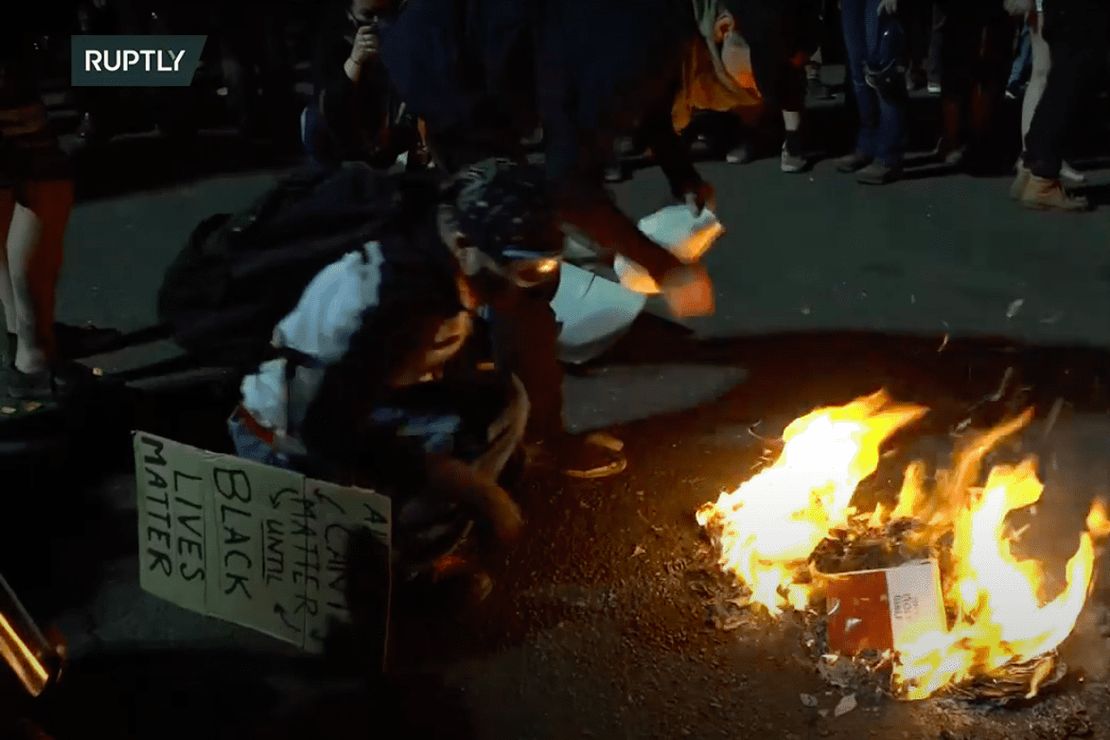 Is This a Scene From Nazi Germany? No, It's the Portland 'Peaceful Protesters' Burning Bibles Michael Moore previews the outcome of Biden vs. Trump and we have questions [photo]