The Regression of Progress: College Bans Chick-fil-A Because of its Values

What has happened to America’s universities?

The college system appears to have been hijacked by extreme left-wing politics, anti-Americanism, and general insanity.

And among those qualities of ruin lies higher education’s anti-Christian disposition.

At New Jersey’s Rider University, students were asked which fast food chain they’d like to come and live among them.

Mmmmm…delicious. Can’t you just taste that warm chicken patty, accentuated by the most important single pickle in the universe?

The students at Rider can’t — the school put the kibosh on the “Eat Mor Chikin” giant, on account of Biblical values.

As reported by Campus Reform:

“The school will not bring the popular fast food chain to campus because ‘their corporate values have not sufficiently progressed enough to align with those of Rider,’ according to a Nov. 1 email sent to Rider students and obtained by Campus Reform. The school went on to clarify that the decision was in an effort to ‘promote…inclusion for all people.'”

Everybody loves progress, right? And, as we all know, “progress” means things such as:

…and other great strides forward.

Julia Pickett, a political science major and head of the school’s Young Americans for Liberty said Rider’s decision stinks, and this should only be an issue of delectable sandwiches, not politics:

“I don’t think it is fair. … [Chick-fil-A sells] chicken, so as far as I am concerned, that should be the focus.”

Plus, nobody’s being forced to eat fantastic waffle fries:

“If people didn’t want to buy their food then they don’t have to. I think that the administration of Rider felt that having Chick-Fil-A on campus would cause unwanted controversy and felt that the easiest fix was to find another restaurant. I wish they would be honest about it though instead of trying to cover it as a deep offense to the school.”

Rider Assistant Vice President of Student Affairs Jan Friedman-Krupmick explained that the choice of Chick-fil-A wouldn’t have been inclusive:

“It is important to me and to the University that all voices are heard. There are a number of factors that contribute to a campus’s decision to invite a retail partner on campus. While Chick-fil-A is among other restaurants preferenced [sic] by Rider students, there are members of the community (faculty, staff, and students) who strongly opposed the option as well.”

So let’s get down to brass tacks; according to the Left, all people have to be represented in all things. Unless, of course, they’re conservative. So: if most people want Chick-fil-A — which closes on Sunday so employees can attend church, and whose COO in 2012 made comments supporting traditional marriage (here) — that’s a no-go because some people are against it. However, if the administration wants to make a decision and conservatives feel left out, tough stuff. If a women’s center excludes men, terrific; if a men’s center exists, it’s sexist. If a conservative speaker offends some, toss ’em; if a left-wing guest is controversial, Praise Diversity. Rinse and repeat.

How does saying “No” to Chick-fil-A “represent” the students who said “Yes”?

But hey — what’s reason, consistency, and sense, when you can just speak words?

“It is important to me and to the University that all voices are heard. … While Chick-fil-A is among other restaurants preferenced by Rider students, there are members of the community (faculty, staff, and students) who strongly opposed the option as well.”

“[We] promote…inclusion for all people.”

See 3 more pieces from me: Trump’s ‘high crimes,’ witches at the border, and a Walk of Fame revenge. 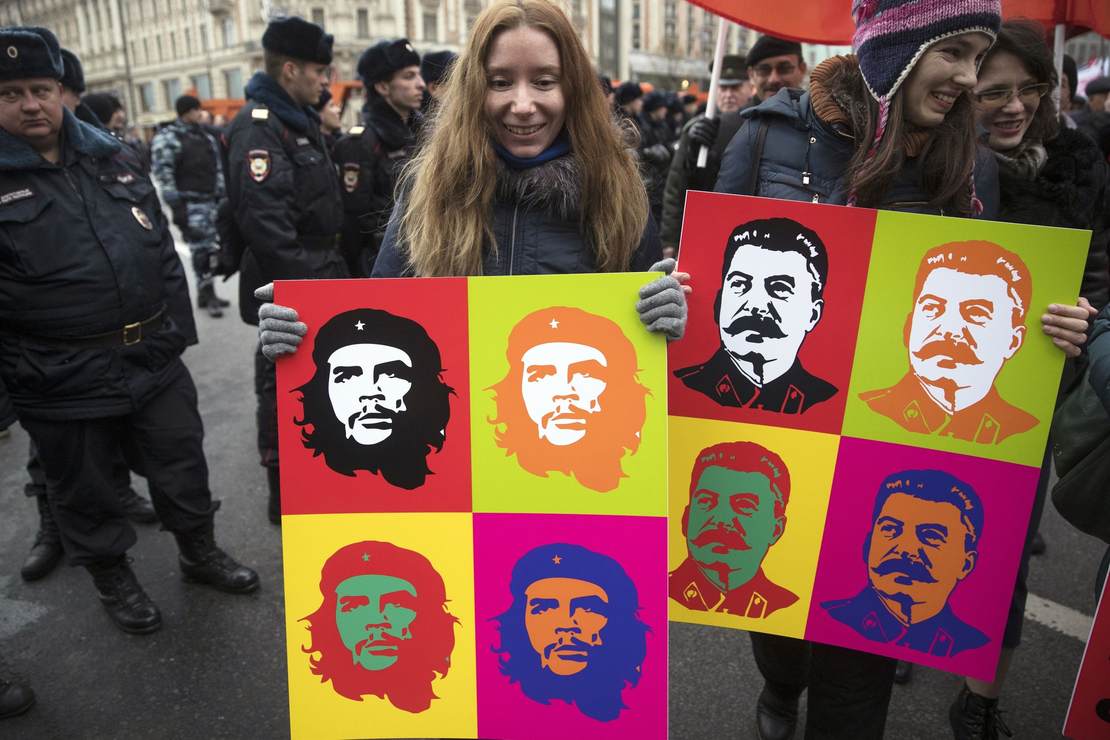 The Man Dies, But the Radical Chic Remains Arizona vs. Chicago: Can you spot the difference in media coverage?