Members of the migrant caravan are planning to cross the U.S.-Mexico border stampede-style.

“They have that intention. I believe that thousands could make that jump.”

A minimum of 3,000 migrants have been sittin’ in Tijuana for half a month, and the city is sick of it (here). Authorities estimate the crowd could grow to 10,000 over the next several weeks.

But Trump is no dummy — he’s beefing up the partition (here) and putting troops at the ready.

Mayor Juan Manuel Gastelum contrasted the Central Americans with 3,000 Haitians who came last year and couldn’t get through the doors of the U.S., therefore residing in Mexico:

“The Haitians arrived with their papers, with a clear vision. … [They came] in an orderly way, they never asked us for food or shelter. … [They] inserted themselves in the city’s economy. … [The Central American caravan] had arrived all of sudden, with a lot of people. Not all…but a lot were aggressive and cocky.”

Trump announced yesterday he’s approved use of lethal force at the border (here).

Also on Thursday, Trump stated the border will stand strong against any trying to penetrate it, and it will be closed entirely if necessary:

You ask the people in Tijuana, Mexico — they opened with wide arms, just, “Come in, come in. Let me help you. Let us take care of you.” And within two days, now they’re going crazy to get them out. They want them out. Because things are happening. Bad, bad things are happening in Tijuana. And again, it’s not in this country, because we’ve closed it up.

I actually — two days ago, we closed the border. We actually just closed it. We’re saying, nobody is coming in, because it was out of control. But you take a look at Tijuana, Mexico, and you see what’s happening there — it’s really a bad situation.

A reporter asked, “What do you mean you closed the border and nobody is coming in?”

If we find that it’s uncontrollable…if we find that it gets to a level where we are going to lose control, or where people are going to start getting hurt, we will close entry into the country for a period of time until we can get it under control. … I mean the whole border.  And Mexico will not be able to sell their cars into the United States, where they make so many cars at great benefit to them — not at great benefit to us, by the way. But at least now we have a good, new trade deal with Mexico and with Canada.

Tjiuana councilman Manuel agreed that an en masse battering ram would be an obvious provocation:

“A human stampede would be an immediate provocation to the U.S. And justify [President] Donald Trump to impact the binational dynamics of the economy.”

The situation is building…will it climax or dissipate? The caravan is not a one-dimensional angry mob. However, it seems to me, it is also not a group intent upon doing what the President said it must:

You know, we have a lot of people — millions of people — that have been waiting on line for years to become citizens of our country.  Great people.  They went through a whole process.  And then these people come in and they think they’re just going to walk in and — it’s a very unfair thing to all of the people that have been waiting on line, in some cases for many years.  They’ve done it right, but they don’t think they’ve done it right, because they said, “Well, how can we do it right, and we go through this very complicated legal process,” and they have lawyers and everything else, and then you have people rushing through the border, and they’re supposed to stay?  It’s not happening with me.

To see masked members of the caravan throwing rocks at Mexico’s border fence, watch the video below.

See 3 more pieces from me: the world’s laughingstock, Sarsour against Jews, and a Hollywood hero.

Nevada’s Debate Showed That a Bernie Can Bleed 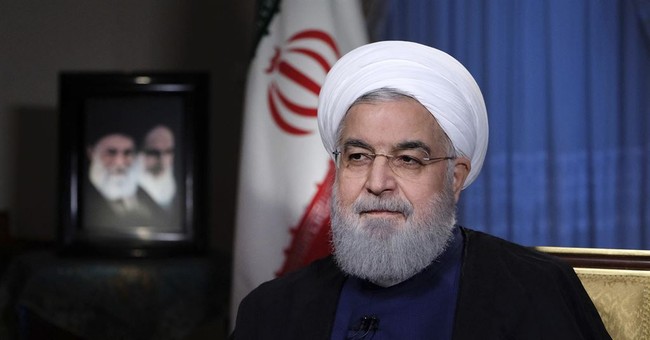