Belgium Has Euthanized a Woman with Autism, and Her Family is Suing — But Not Why You’d Expect

I’ve written about euthanasia a fair amount recently (here and here): Canada is eyeing euthanizing children, and Belgium has killed a 9-year-old and an 11-year-old.

By the way: Belgium’s statutory age is 16. That means it’s illegal to have sex with a 15 year-old consensually, but it’s permissible to kill her. What in the world is happening in that country??

In 2010, the international pioneer of mixing medicine and the snuffing-out of life killed 38-year-old Tine Nys. Two months prior, she’d been diagnosed with Asperger’s syndrome. Without going down a rabbit hole about the condition, at times Asperger’s has been called a type of autism, but many now say it’s entirely different. For the sake of this story, let’s stick with the “mild form of autism” label.

Belgium kills people who suffer from mental illness, the most common being depression, personality disorders, and Asperger’s.

All doctors have to do is “prove” the person has “unbearable and untreatable” suffering.

And so, as I referenced above, in 2010, three doctors killed Tine Nys. Last year, her family filed a criminal complaint against them, for “irregularities” in her death. Dr. Lieve Thienpont, a psychiatrist, approved Tine’s request to die; let’s stop right there —

If someone is suffering from a mental illness, how can they be declared able to soundly choose to die? Even putting issue of death aside, isn’t this a corrupt enterprise on its face?

Anyway, Thienpon approved her death, and he’s now facing charges. About the ordeal, he wrote that Tine’s family must be stopped:

“We must try to stop these people. It is a seriously dysfunctional, wounded, traumatized family with very little empathy and respect for others.”

I don’t even have words for this, so I’ll just quote The Guardian:

Sophie Nys, one of Tine’s sisters, told the AP that the doctor who performed the euthanasia asked her parents to hold the needle in place while he administered the fatal injection, among other fumbling efforts. Afterwards, the doctor asked the family to use a stethoscope to confirm that Tine’s heart had stopped.

Belgium’s chamber of indictment “presumes that there are sufficient indications in this particular case” and the doctors involved have been referred to the court of assize in Ghent. They will now face trial “due to poisoning”, said Francis Clarysse, a Ghent prosecutor.

Previously, concerns had been expressed over whether Thienpont too liberally approved requests for death from his patients.

According to documents made available by the Associated Press, Dr. Wim Distelmans, chief of Belgium’s review board, voiced concern that Thienpont and his colleagues may have failed to meet the legal requirements in certain deaths. In fact, Distelman has said he will no longer approve Thienpont’s requests.

Belgium needs to kill its policy, rather than its citizens. And people need to be shown the merits of life, rather than be indoctrinated by a culture which confirms there are none for those who suffer.

Canada now allows euthanasia, and some on the Left would like to see similar practices in the U.S.

One of the reasons depression is considered a mental illness is that its perspective is wrong — a depressed person is blind to the wonders of life. If a depressed person’s perspective is confirmed by an affirmation of death as preferable, then depression must no longer be a mental illness. Hence, the person is not suffering a medical malady. How, then, is the killing justified by its administrator?

Speaking of, there could be no greater malady, it seems to me, than an industry created to preserve life, turning on its patients and destroying it. That is a betrayal, and an act against the common good. And as many such acts are, it’s a promotable engagement, progressively as per the extreme Left. As a nation, and as a world, we must return to a view held by the optimistic founders of America — “We hold these truths…that all men are…endowed by their Creator with certain unalienable Rights, that among these are Life, Liberty and the pursuit of Happiness”: Life is a gift.

See 3 more pieces from me: Rose McGowan, snow, and sex. 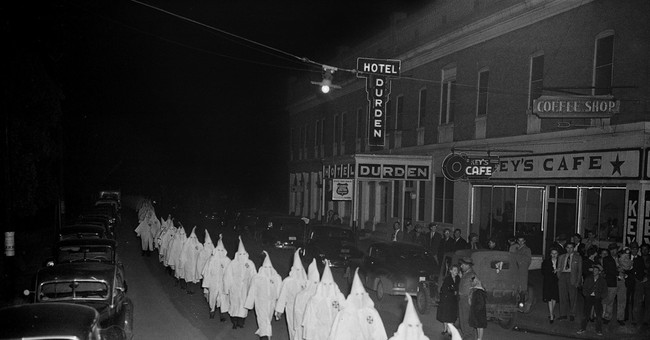