Famed Colorado Baker is Back in Court, This Time for Refusing to Make a Transgender Cake

Colorado’s Jack Phillips, who got caught in the national spotlight over his refusal to bake a cake for a gay wedding due to his Christian faith, is headed back to court.

[You have to see Nightline’s commentary on the the bakery’s first legal battle; it’s astounding — here.]

This time, the dustup is over a “transgender woman” who went to Jack for a flour-and-eggs hunk o’ goodness celebrating his transformation.

By the way, the terminology confuses me — “Transgender woman” is currently being applied to men who are dressing like women. That seems backward, as it appears to suggest the subject is a gal of a specific kind. What would make more sense, in my opinion, is if that person were called a transgender man — he’s a man, presenting as the opposite.

Back to the story:

Jack appeared in court Tuesday, represented once again by the Alliance Defending Freedom. Attorney Jim Campbell said poor Jack can’t get a break, thanks to the goofy state of Colorado:

The same agency that the Supreme Court rebuked as hostile to Jack Phillips remains committed to treating him unequally and forcing him to express messages that violate his religious beliefs. Jack serves all customers, and he is even happy to serve the attorney who lodged the complaint against him. But Jack doesn’t create custom cakes that express messages or celebrate events in conflict with his deeply held beliefs. One current commissioner has publicly referred to Jack as a ‘hater’ on Twitter, one of several indications of the commission’s ongoing bias against Jack and his beliefs. We’re asking the federal court to immediately stop Colorado’s efforts to punish Jack in order to shield him from a biased agency and ensure that he is not forced to express messages that violate his faith.

According to the Colorado Civil Rights Commission, Jack discriminated against Autumn Scardina, a Denver lawyer.

Autumn wanted a cake that was blue on the outside but pink on the inside — a representation of who and how he is.

But now Jack is blue on the inside — he’s sad to be back in dadgum court.

Though the Supreme Court previously ruled that Colorado was targeting Jack, the state is back for more. Subsequently, he’s filed a lawsuit, claiming a violation of the 14th Amendment and his right to equal protection and to practice his religion.

A hearing will commence in February.

“At this point, he’s just a guy who is trying to get back to life,” Campbell told Chicago’s ABC 7. “The problem is, the state of Colorado won’t let him.”

Given the prior ruling, I’m a bit surprised by the new case, which is essentially exactly modeled after the old one: Jack didn’t refuse general service to a customer; rather, he refused to create a particular product. If it lost in the highest court already, it’s set to lose again. Therefore, the action appears more as harassment than a legal maneuver for change.

As the Left closes in on individual liberty, those who subscribe to a spurned ideology stand to lose their rights off the top. Kudos to Jack Phillips, for fighting for his ability to adhere to his deeply-rooted beliefs. I would say that, whether they were of the Christian sort or otherwise. America was founded upon the escape from tyranny, not the stranglehold of it.

In Colorado — and, I fear, all over the nation — despite 1776, the battle for Independence is still being waged. Hopefully, just as it did over 240 years ago, Liberty will triumph.

See 3 more pieces from me: so long, Miss America; Alyssa Milano hopes we make it to 1787; and Trump’s respect for veterans, mocked. 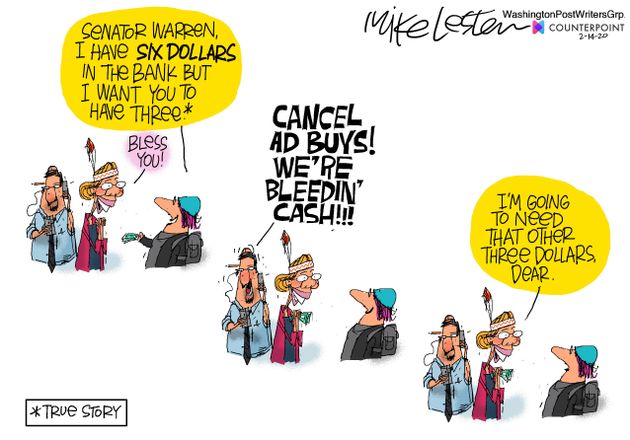