In November, I covered the story of a group of Marines who were attacked by Antifa members while standing on the sidewalk in Philadelphia (here). The soldiers were initially mistaken for participants in a We the People rally in the vicinity. During the assault, one servicemember’s phone was stolen.

Some RedState readers pointed out that the story sounded fishy — why would Marines allow some goofballs to mess with ’em?

But here’s an update and an extra bit of insanity.

At least a couple of the criminal Huge Dorks were caught and face charges.

As reported by Philadelphia magazine, last week, two of the Marines — Luis Torres and Alejandro Godinez — testified in court that they were in town for a military event at a hotel ballroom when they were accosted by Thomas Massey and Tom Keenan, among other Antifa members.

According to testimony, Huge Mask-Wearing Dork Tom confronted the guys and demanded to know whether they were members of the Proud Boys (a group started by comedian and provocateur Gavin McInnes — please see more about that group, which has been mischaracterized often, in the video below), a group supposedly gathering nearby (But were they? Watch the video). The two military men explained that they were Marines, but 10 to 12 Antifa Huge Dorks attacked them anyway.

The Huge Dorks called them white supremacists and Nazis. Allegedly, some of the HD’s called Godinez — who’s Mexican — “spic” and “wetback.” They also punched him in the head and kicked him in the ribs. Afterward, the Marines called 911 and Torres and Godinez transitioned to the hospital. The latter claims he may need surgery, and he’s still having issues with his eyes from the macing.

Now for the real goofiness.

As a reminder, here’s what at least one in the mainstream media thinks of Antifa. Don Lemon’s said this of the terrorist group:

“No organization is perfect, there was some violence. No one condones the violence. But there were different reasons for Antifa and for these neo-Nazis to be there. One, racist fascists, the other group fighting racist fascists. There’s a distinction there.”

See 3 more pieces from me: face-off, blasphemy, and vengeance. 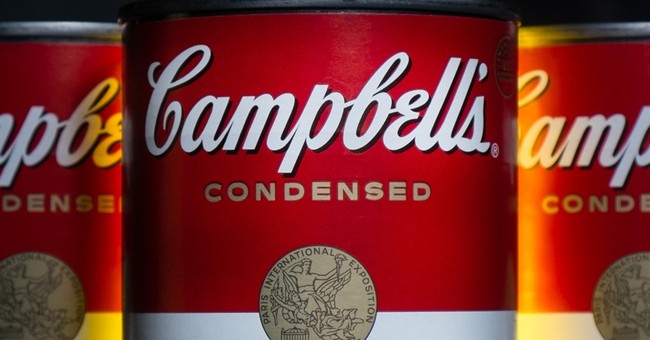 Updated: The Price of Campbell's Tomato Soup Since 1897