A jilted employee opened fire on his coworkers Friday at a warehouse in Aurora, Illinois. At the end of the ordeal, five employees of the Henry Pratt Company were dead.

ALERT: There is an active shooter near Highland and Archer. Aurora Police are on the scene. More information will be available soon.

Cue many on the Left calling for gun control, even before they knew what had happened:

Thoughts & prayers for Aurora. Holding all affected in my heart.
Incandescent fury for the lawmakers in Washington and various state capitals who have done nothing to prevent mass shootings. It’s never too early to talk about gun violence prevention – it’s always too late. https://t.co/EGrp8MSaQj

100 people die from guns every day. That’s a national emergency.

If Trump gets away w this border emergency declaration, then a Dem President can declare a gun violence emergency and institute universal background checks and an assault weapons ban by executive action.

My thoughts are with the people of #Aurora as yet another community in our country deals with senseless tragedy. Gun violence is a national epidemic, and it’s taken Congress far too long to address it.

Well, SURPRISE: Laws wouldn’t have — or, perhaps that should be, didn’t — help.

“Six prior arrests by the Aurora Police Department, including arrests for traffic, and domestic battery-related issues. Last arrest in Aurora was in 2008 for violating an order of protection. His last arrest was in 2017 by the Oswego Illinois Police Department, for disorderly conduct and criminal damage to property. Regarding the weapon used in the shooting incident: In January 2014, the shooter was issued a Firearms Owner Identification card, or FOID card. On March 11, the shooter took possession of a Smith & Wesson .40-caliber handgun from that same gun dealer. On March 16, 2014, the shooter applied for a concealed carry permit at an unknown location. During the fingerprinting and background process, it was discovered that he had a felony conviction for aggravated assault out of Mississippi. The date of that conviction was August 3, 1995. It should be noted that this conviction would not necessarily have shown up on a criminal background check conducted for a FOID card. Once this felony conviction was discovered, the offender’s concealed carry permit was rejected and his FOID card was revoked by the Illinois state police.”

“Does the series of events relating to the gun license and the revocation of his FOID card mean that he was in illegal possession of that gun?”

“That is absolutely correct, yes.”

Huh. I guess people who are willing to violate the law prohibiting mass murder aren’t particularly quivering in their boots over the ordinance against illegal gun custody.

If only someone had realized this sooner, Democrats could’ve avoided wasting unbelievable amounts of energy over the last decade.

As for the case in Aurora, there’s the question of subsequent confiscation: A journalist asked Police Chief Ziman if officials should’ve taken the murderer’s firearm after his card was terminated.

She said a letter was supposed to do the trick:

“That’s what we are determining right now as part of our investigation. … Absolutely, he was not supposed to be in possession of a firearm. … After a FOID card revocation, the subject is provided a letter stating that they need to relinquish their firearms, and we’re looking into why that did not happen.”

Of course, one could maintain that, had the shooter never been issued a gun in the first place, the tragedy would never have occurred. That isn’t a weak point. However, it seems to me, a man who was willing to illegally possess the gun post-revocation would also have been okay with purchasing it unlawfully. Also, the fact that he was capable of mass murder doesn’t exactly indicate he was a Boy Scout and 4H member. Likelihood of being deterred = Nil.

Laws are the backbone of societal order. But they are always second to morality.

What killed 5 people in Aurora, Illinois? It wasn’t the law, or the absence of it. It was something in the heart of man — something the goodness of humankind has been battling since the beginning of time. And despite the assertion of many on the Left, it isn’t a war that can be won inside a parliamentary house. Perhaps man’s salvation is more likely to be found in a house of that which many in modern times deride, to the world’s detriment: prayer.

Pray for the families of those ravaged by the terrible crime in Aurora.

See 3 more pieces from me: Trump vs. ISIS, a dad vs. armed robbers, and Halloween vs. not being a heartless b*st*rd. 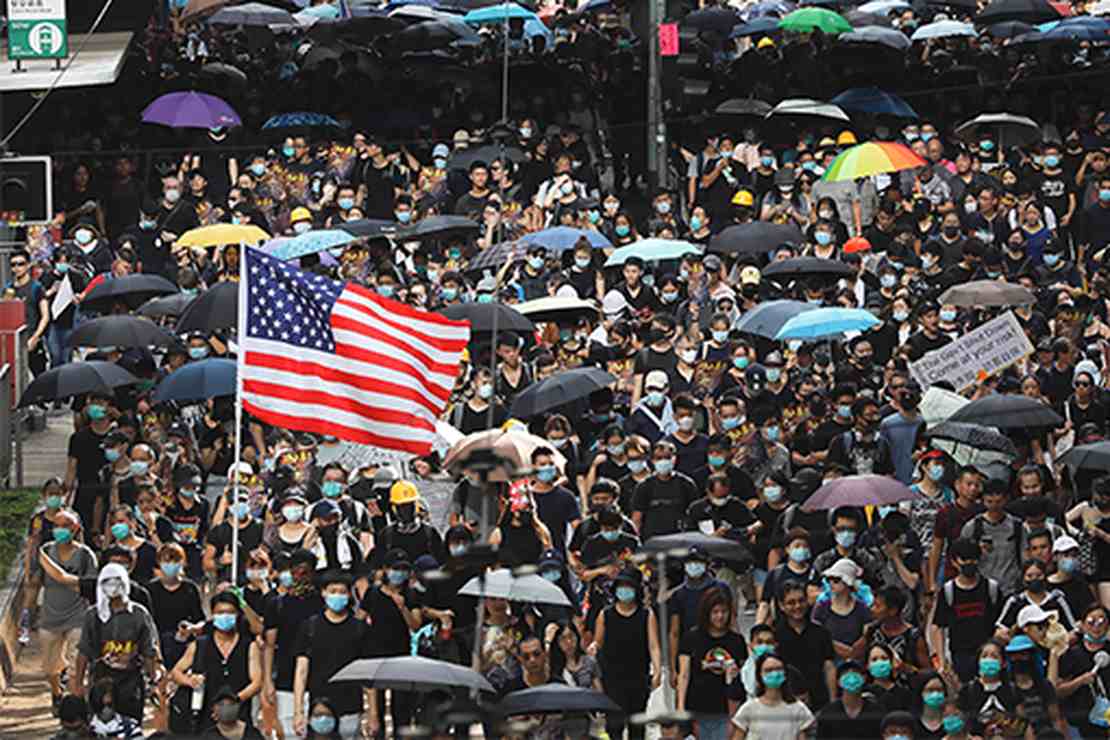 Hong Kong, Coronavirus, and the Specter of Tiananmen