Elizabeth Warren Guests on ‘The View,’ Doubles Down on Her Goofy Condemnation of Fox: It’s the Hatefully Profitable Failure

[Screenshot from The View, https://www.youtube.com/watch?time_continue=29&v=fYTtjPn-cGk]

Here’s a stunning fact. Fox News is right-wing. Here’s another: CNN, MSNBC, and NPR are way over on the left. We all know this. All three networks have opinion shows — Tucker Carlson, Don Lemon, Satan — oh, wait, he doesn’t work at Fox. I only heard that somewhere.

In addition to conservative talkies, Fox also covers the news.

Not to Elizabeth Warren, though.

In fact, to Pocahontas — who, in lieu (I’m assuming) of owning a mirror, was tricked by her family into thinking she was very, very (American) Indian (here) — Fox is a “hate-for-profit scam.”

As covered by RedState’s Brandon Morse on the 14th, Liz turned down an invitation to a town hall hosted by the network. At the time, her website boasted:

FOX NEWS INVITED ELIZABETH TO DO A TOWN HALL. SHE TURNED THEM DOWN.

A Democratic town hall gives the Fox News sales team a way to tell potential sponsors it’s safe to buy ads on Fox — no harm to their brand or reputation. So Elizabeth won’t ask millions of Democratic primary voters to tune into an outlet that profits from racism and hate in order to see our candidates.

Add your name if you’re with Elizabeth and take a stand against an outlet that profits from racism and hate.

I love town halls. I’ve done more than 70 since January, and I’m glad to have a television audience be a part of them. Fox News has invited me to do a town hall, but I’m turning them down—here’s why…

Fox News is a hate-for-profit racket that gives a megaphone to racists and conspiracists—it’s designed to turn us against each other, risking life and death consequences, to provide cover for the corruption that’s rotting our government and hollowing out our middle class.

Hate-for-profit works only if there’s profit, so Fox News balances a mix of bigotry, racism, and outright lies with enough legit journalism to make the claim to advertisers that it’s a reputable news outlet. It’s all about dragging in ad money—big ad money.

According to Elizabeth, it seemed, Fox News was about to just dadgum tank:

But Fox News is struggling as more and more advertisers pull out of their hate-filled space. A Democratic town hall gives the Fox News sales team a way to tell potential sponsors it's safe to buy ads on Fox—no harm to their brand or reputation (spoiler: It’s not).

“I’ve done 57 media avails and 131 interviews, taking over 1,100 questions from press just since January. Fox News is welcome to come to my events just like any other outlet. But a Fox News town hall adds money to the hate-for-profit machine. To which I say: hard pass.”

I’ve done 57 media avails and 131 interviews, taking over 1,100 questions from press just since January. Fox News is welcome to come to my events just like any other outlet. But a Fox News town hall adds money to the hate-for-profit machine. To which I say: hard pass.

Ms. 1/1024th used her Thursday appearance on The View to give that whole hate-for-profit thing another heave-ho:

“Here’s how I see this, I want to go everywhere. Look at it this way. I have three brothers, older brothers I grew up with back in Oklahoma. One is a Democrat, do the math on this. I want to reach out to everybody. I’ve been to 18 states. I was just in Kermit, West Virginia. They describe it as the reddest of the red. We did a town hall where there were folks who quite openly said I voted for Donald Trump, may vote for him again, but wanted to hear what I had to say and wanted selfies by the time we got to the end.”

And all that diversity’s a good thing:

“That’s a good thing. I’ve been to a lot of different places, not just our early battleground states but to Utah, into Mississippi, into Alabama, and Tennessee and I want to keep doing that.”

Then she did it:

“Here’s the deal about Fox News executives, and that is they’re running a hate-for-profit scam.”

She condemned the Ruper Murdoch company for giving a voice to those who are “anti-immigration.”

And again, FNC is a flop:

“Right now, advertisers are getting really antsy about being with Fox on a regular basis because they don’t want their brands associated with them.”

Meghan McCain stood up for the Fox:

“I was really proud to work at Fox News. I don’t consider them a racist organization I will say that. There’s so many people that watch that are really good people and I just think you’re alienating an audience. And for me it just sounds like you don’t care about the people who watch Fox.”

Even Sunny Hostin added a bit of a back-pat:

“There are journalist like Shep Smith and Chris Wallace that are doing very balanced journalism there.”

If Fox News is failing, why’s there need for a boycott? If she believes she needs to hit it where it hurts, she must believe it’s a success.

As for Pocahontas’s claim that the network’s a bust: January marked Fox’s 17th straight year as the number one cable news network. 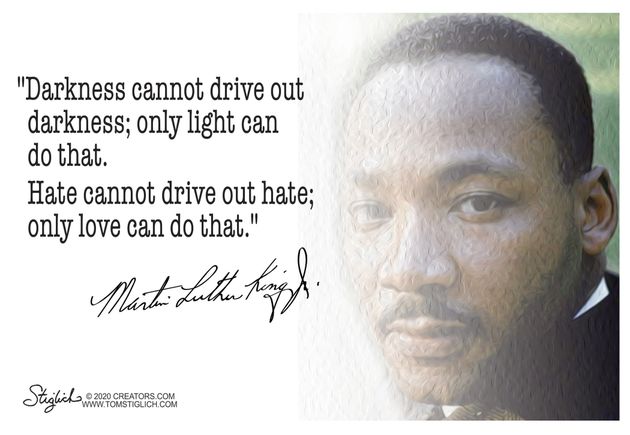