University of Florida Caves to Free Speech, Gives Young Americans for Freedom a Bag of Cash as Well as Cache

College used to be about free expression and debate — a time for young people to have their viewpoints challenged as they develop their thoughts about the world.

Fast-forward to free-speech zones, the underlying premise of which is — of course — “Free speech is impeded anywhere other than here.”

Last year, the University of Florida re-categorized its Young Americans for Freedom chapter as a “non-budged” organization. The change meant YAF would have to petition the school for any event they wished to host, individually. It also stripped them of the ability to utilize student activity fees as payment for guest speakers.

In lieu of a court order, on Wednesday, the University agreed to pay the student chapter $66,000. Furthermore, they’re changing school policy to to grant conservative groups access to financial resources.

“[The University of Florida] realized when YAF was taking them to court they’re weren’t going to win. It was very smart for them to recognize their policy was flawed the way it was set up, and that the conservative students in the YAF chapter were getting the rough end of the deal by being labeled a non-budget student organization. … We had the emails and facts on our side; we had the constitution on our side. It just wasn’t worth it for them to try to prove they were doing it for some other reason. There is never any reason for violating the Constitution.”

Spencer noted that conservative groups have been emboldened toward a push for equality by Trump’s March executive order tying college funding to the protection of free speech rights.

We are here today to take historic action to defend American Students and American Values. In a few moments, I will be signing an Executive Order to protect FREE SPEECH on College Campuses.https://t.co/gFFnSl1bEF

Former U of F chief Sarah Long told The New Guard the suit’s conclusion is a win for everyone attending the school:

“This settlement is a great victory for all students at the University of Florida.”

Why must all these fights be necessary — on public school property and social media (here)?

Why can’t everyone just agree, “Say what you want; this is America”?

That used to be the deal.

Let’s stick to the deal. 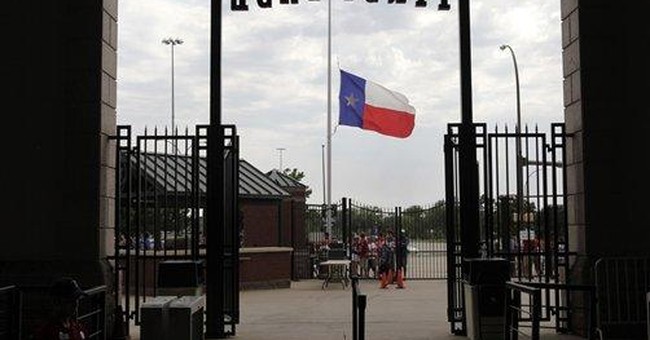