You know who could use a lecture on white supremacy? A black chick.

But Candace had a thing or two to say back.

Not only did she rip the people tellin’ her stuff, but Democrats in general for being so obsessed by race and making it the issue of every election:

“I’ve been black in America my whole life, all 30 years, and I can tell you that you guys have done the exact same thing every four years we have an election cycle and it needs to stop.”

So what exactly is white supremacy? Earlier in the exchange, Candace offered an answer:

“It’s a fringe occurrence that is being used in my opinion by Democrats to scare Americans into giving up their votes to a party that can no longer win based on simple ideas, which is why we’re seeing so many of these hearings back-to-back despite other threats that are facing this nation. I want to reiterate that point. White supremacy is real, just as racism is real, but neither of these ideologies are real in this room. They have become mechanisms for the Left to continue to call these hearings and to distract from much bigger issues that are facing this country and which threaten minorities, much bigger issues that they are responsible for.”

Candace Owens (@RealCandaceO) to @kathleen_belew: "The audacity of you to bring up the Christchurch shooting manifesto and make it seem as if I laughed at people that were slaughtered by a homicidal maniac is in my opinion absolutely despicable.

Candace then turned the conversation toward a breakdown of the family, in her view bolstered by the very people claiming to be on the side of the black community:

That didn’t sit well with the University of Chicago’s Dr. Kathleen Belew, who The Daily Beast describes as “a professor and historian who’s researched the rise of the white power movement.”

She went about tellin’ Candace what’s what in the realm of Klannish behavior:

“I just have to say that I object strenuously to your use of the word ‘hilarious.’ To me, this feels a lot like your reaction to being named in one of these manifestos. Now, you’re of course not responsible for the words of somebody writing that document. But I do think that laughing at it is a real problem, because these are real families that are impacted by this violence. And I think that our efforts toward talking about this have to start from a place of mutual respect, which is what I’ve heard from this side of the table. Now, the reason we don’t have those numbers, I want those numbers as much as you do, but to say the numbers don’t show something is simply not supported by the data.”

As noted by The Daily Wire, Democratic Maryland Rep. Jamie Raskin asked for clarification from Kathleen:

“You reject the idea that it’s something that doesn’t matter, or it doesn’t really matter?”

“Ms. Owens, obviously this is a gang-up on you; we’re giving these witnesses the ability to do a rebuttal on you. And so, I find it unfair, Ms. Belew; candidly, for you to show ‘mutual respect’ and then go after Ms. Owens, it’s not appropriate. So Ms. Owens, you can have four minutes and thirty-four seconds to respond however you like.”

“I said that in my opening, and I will say it again: you know that white supremacy and white nationalism is nowhere near, ranks nowhere near the top of the issues that are facing black America. And the reason you are bringing them up in this room is because it is an attempt to make the election all about race as the Democrats do.”

Boil the pot a little more:

Jamie: “You’ve got your time. Mr. Meadows, I’ll give you three more seconds.”

Then Candace went off, Jack:

“Every four years you bring up race, and you knew exactly what I meant when I said ‘hilarious.’ You just tried to do live what the media does all the time to Republicans, to our president, and to conservatives, which is you try to manipulate what I said to fit your narrative, okay? I was not referring to the subject matter that is ‘hilarious.’ I said that it’s hilarious that we are sitting in this room today and I’ve got two doctors and a Mrs. and nobody can give us real numbers that we can respond to so that we can assess how big of a threat this is, because you know that it is not as big of a threat as you are trying to make it out to be so you can manipulate. And the audacity of you to bring up the Christchurch shooting manifesto and make it seem as if I laughed at people who were slaughtered by a homicidal maniac, is in my opinion absolutely despicable. I think that we should be above that. To try to assign responsibility or any meaning to a homicidal maniac writing a manifesto, which, by the way, also cited Spyro the Dragon, the child’s cartoon; he also cited Nelson Mandela as a source of inspiration. I don’t think that Nelson Mandela has inspired mosque shootings; you can correct me if you think I’m wrong.

“You would rather assign meaning to a homicidal maniac than to actually address the things that I said that are actually harming black America; number one: father absence; number two: the education system and illiteracy rate. Illegal immigration ranks high; abortion ranks high; white supremacy and white nationalism, if I had to make a list of one hundred things, would not be on it.

“This hearing, in my opinion, is a farce, and it is ironic that you’re sitting her and you’re having three Caucasian people testify and tell you what their expertise are. You want to know what my expertise are? Black in America. I’ve been black in America my whole life, all 30 years, and I can tell you that you guys have done the exact same thing every four years we have an election cycle and it needs to stop.”

Watch the video above, and somebody call the red truck — the girl’s on fire. 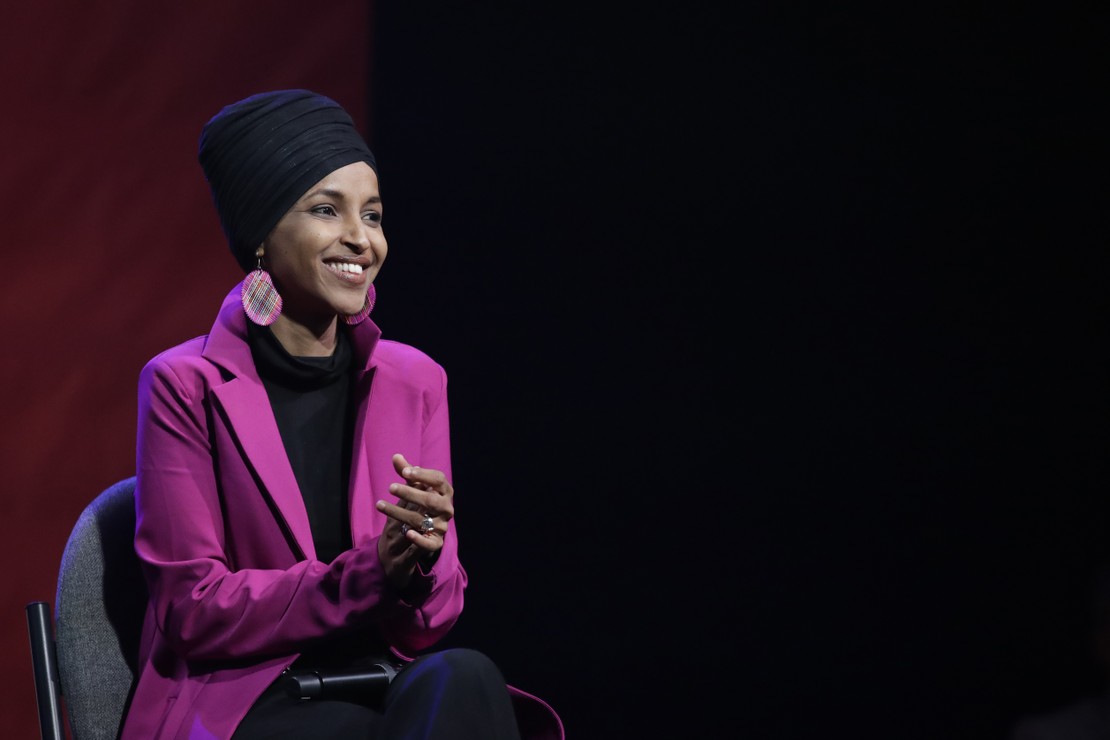