President Trump Praises Tulsi Gabbard, and This is How a Productive Washington Would Look

FILE – In this Sunday, Dec. 31, 2017 file photo, President Donald Trump speaks with reporters as he arrives for a New Year’s Eve gala at his Mar-a-Lago resort, in Palm Beach, Fla. Trump slammed Pakistan for ‘lies & deceit’ in a New Year’s Day tweet that said Islamabad had played U.S. leaders for ‘fools’. ‘No more,’ Trump tweeted. Meanwhile, Pakistan had no official comment but Foreign Minister Khawaja Asif tweeted that his government was preparing a response that ‘will let the world know the truth.’ (AP Photo/Evan Vucci, File)

Tulsi got quite the attention for her vote during the House’s impeachment Wednesday — she notedly bucked the party line of “Please undo the 2016 election by any means necessary” — that would be, “Yes” — by going the far less popular route of “Present.”

A Present proclamation is certainly no revolution, but grading on a curve, it definitely made a statement. She stood alone, as 229 Dems gave the Thumbs up to Article 1 (Abuse of Power) and 228 affirmed Article 2 (Obstruction of Congress).

And it’s a move Donald appreciated.

Here’s what he had to say, starting with Russia Madness:

“They knew a few days into the Russian witch hunt that it was nothing. It didn’t exist. Did you the see the other day? Crooked Hillary came out … she said that Jill Stein from the Green Party, she said Jill Stein was a Russian agent. Now, I don’t know Jill Stein, I’m sure she’s a fine woman, but I know she’s not a Russian agent.”

Hillary had, as you know, also accused Tulsi of being a Russki (check out a potent quote by Tulsi about that here):

“Then she said Tulsi Gabbard is a weapon of Russia. … [I] don’t know [her], but I know one thing: She is not an agent of Russia.”

The alleged spy explained her ballot-cast in a Thursday statement:

Throughout my life, whether through serving in the military or in Congress, I’ve always worked to do what is in the best interests of our country. Not what’s best for me politically or what’s best for my political party. I have always put our country first. One may not always agree with my decision, but everyone should know that I will always do what I believe to be right for the country that I love.

After doing my due diligence in reviewing the 658-page impeachment report, I came to the conclusion that I could not in good conscience vote either yes or no.

I am standing in the center and have decided to vote Present. I could not in good conscience vote against impeachment because I believe President Trump is guilty of wrongdoing.

I also could not in good conscience vote for impeachment because removal of a sitting president must not be the culmination of a partisan process, fueled by tribal animosities that have so gravely divided our country. When I cast my vote in support of the impeachment inquiry nearly three months ago, I said that in order to maintain the integrity of this solemn undertaking, it must not be a partisan endeavor. Tragically, that’s what it has been.

Hey — being reasonable amid our current political absurdity?!–

Gabbard went on to say Trump’s conduct hadn’t been “perfect.”

And as for Dems:

On the other side – The President’s opponents insist that if we do not impeach, our country will collapse into dictatorship. All but explicitly, they accuse him of treason. Such extreme rhetoric was never conducive to an impartial fact-finding process.

Honestly, she kind of blew me away with some of this, found in the video below:

“The point of politics should not be about doing maximum damage to your opponents just to win… So my stance yesterday — my vote — was opting out of this Zero Sum Game mindset… My Present vote was not passive. It was an active protest against the terrible fallout of this Zero Sum mindset that the two opposing political parties have trapped America in. There’s no winning here. Everyone is losing. Our country is losing.”

Great — if she truly means it.

I would guess Donald Trump came into office with the intention of getting things done — he’s a businessman, and that’s taking care of business. I assume he didn’t run for office just to partake in an 8-year partisan stalemate; he vied for the Oval Office in order to work with Congress and make things — to his way of thinking — better.

A party-line plug-of-the-ears isn’t helpful when there are national problems to address.

It sounds like Trump’s ready to work with Tulsi; he offered praise at Turning Point:

“[Democrats] lost all credibility because we know that Tulsi Gabbard – and I give her respect – she didn’t vote the other day. I give her a lot of respect. Because she knew it was wrong, she took a pass.”

Wow. How do we get more of this — reasonable people being open to one another? It’s what we need, if virtually anything worth doing is to be done. 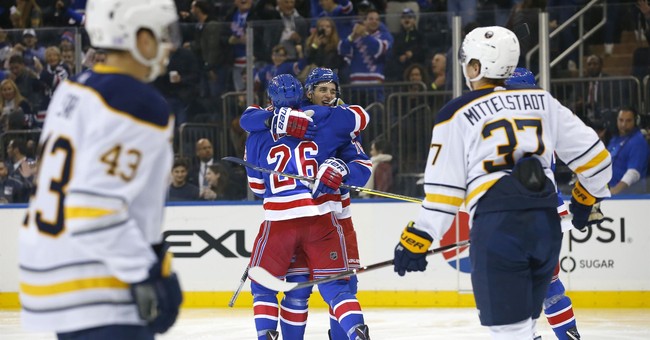