As reported by The Daily Wire, the former state assemblyman insisted, “All of these communities: They love the President. They are his greatest supporters.”

I must admit: I’ve recently marveled at some on the Left’s attempt to brand POTUS as anti-Semitic.

A look across the political spectrum — which includes our extremely pro-Israel President — doesn’t rightly connect that malady with the GOP.

As for de Blasio, here’s what he offered in a recent interview with Fox:

“An atmosphere of hate has been developing in this country over the last few years. A lot of it is emanating from Washington and it’s having an effect on all of us.”

If there’s an anti-Semitic message coming from D.C., is it emanating from the White House?

“Not just the President, I’m saying, but we have to be clear: We need a different tone starting in Washington; we had, by the way, with Democrats and Republicans both in the White House, that encourage this country to actually find some unity and some common ground. We haven’t had that the last few years.”

It strikes me as more than a bit lame for the leader of a city to respond to crime and/or attitudes of prejudice in his city by blaming the opposing party’s national leader.

As it turns out, it hits Dov the same way:

“First off, it’s an excuse. It’s childish. Being in elementary school or kindergarten, you’d blame someone else. He’s the mayor of the city of New York. He is in charge. And isn’t it fascinating that all of these communities that have been victimized by anti-Semitism — unprecedented anti-Semitism — in New York, in neighboring New Jersey now, in Monsey, all of these communities: They love the President. They are his greatest supporters.”

And not only that, but — according to Dov — Trump’s got their support across party lines:

“And by the way, most of them are Democrats. They love the President. So you have these ‘experts,’ like the mayor of New York and the governor — they’re the ‘experts’ — that it is Washington, it is the President that is responsible.”

“It is just not true, and it is an excuse. You’re the mayor; you’re responsible. Do your job, which you have not done up until now. Don’t look for excuses. Don’t blame the President. And as I said: Borough Park; Williamsburg; Crown Heights; Monsey: They love —The president’s approval rating in those communities is above 90%. So how dare the mayor insinuate what he’s insinuating.”

“So when those communities, those Jewish communities look at the hate that they’re facing, they’re not looking at right-wing hate or views; they’re looking at something quite different.”

Dov said the idea that it’s conservative is absurd:

“It’s not right-wing, period, unless you’re blind, unless you want to fool yourself. If you look at those who have perpetrated the hate, we know who they are. Video surveillance — we see who they are: They’re not white people. They’re not alternate-right. Most of them are minorities, so stop. How do you solve a problem if you refuse to acknowledge and deal with the problem? And that’s exactly what the mayor is doing.

Bill might be a nice guy, but to Dov, he’s immersed in pitiful politics rather than a willingness to offer real-world solutions:

“The mayor’s a nice guy. He cares about anti-Semitism, but he hasn’t done very much to deal with the problem. And blaming the President? That’s playing to the base. That’s not being honest; that’s being dishonest. But he’s more interested in the politics than he is in dealing with the hate. No American — no New Yorker — should be afraid to walk the streets. No parent should be afraid to let their kids out in the street. This is America.”

And here’s the most powerful of all: Dov Hikind…is a Democrat.

How do we find more leaders who are willing to address America’s problems in lieu of scoring partisan points? As Bill de Blasio — not to mention impeachment — is reminding us, we’re in desperate need.

An Armed Guard in a Texas Church Struck Down a Murderer Immediately; Joe Biden Called His Ability to Do So ‘Irrational’

A Lesbian Couple Identifying as Neither a Straight Nor Gay Couple Has a ‘Miracle Baby’ – With the Sperm of a Man Identifying as a Woman, Thanks to a Transgender Doctor 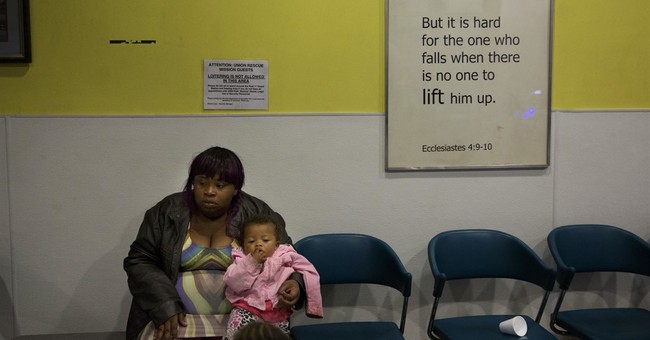 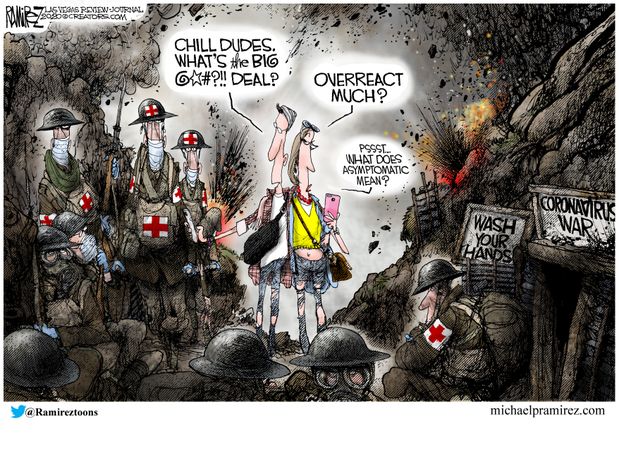