I’ve Got My Popcorn – How About You? Don Jr. Challenges Hunter Biden to a Debate 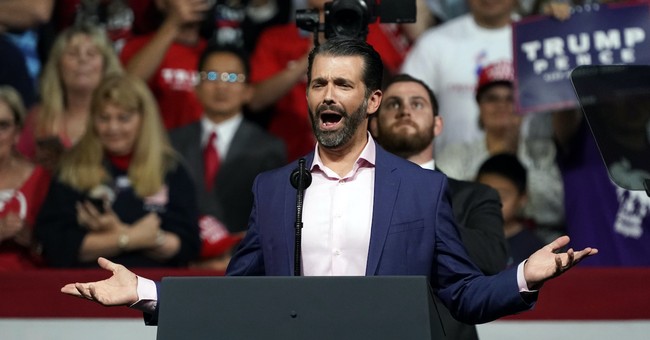 This go ’round, DTJ’s challenged Joe Biden’s son to a debate.

Jr. did so Sunday, in an interview with Axios.

The eldest First Child was asked what line of attack Joe’ll be facing if he receives the nomination.

“Off the top of my head, it’s multiple fold, right? First of all, you have sort of just a guy that’s telling us he’s going to do all these things, he’s gonna do them. But he’s been in politics for 50 years. Why hasn’t he done them then?”

Boom — as I’ve said before, this is a giant hump for long-time congresspeople running for president.

And it was, in my estimation, a huge advantage for Trump: Anyone can stand on stage and act as if they’re gonna bring something new to the game. But if they aren’t new, how’s that claim lookin’?

Trump, on the other hand…the dude sleeps like four hours a night and makes billions, and his hair looks like a flame.

“The second part of that is, you know, if Donald Trump mixed up Iowa and Ohio – once – the media, and you know where I’m going on this one, right guys? The media would be on TV, every tele-psychologist would say, ‘Donald Trump has lost his mind. Donald, he’s in the later stages of dementia and a combination of Alzheimer’s. He’s not fit to run.’ Joe Biden doesn’t know what state he’s in 50% of the time. If Donald Trump did the equivalent, you would not hear anything other than that.”

He ain’t wrong, ladies and gentlemen.

So how much will Joe’s son be a topic of discussion?

Don laid it out:

“Hunter Biden, his father becomes VP, all of a sudden he goes over to the Ukraine. And he’s making $83 grand a month. So, you know, the media likes to do this sort of false equivalence. ‘You you’re doing this, you’re doing that.’ We stopped doing any new international business deals when my father won the presidency.”

And then, the Big Idea:

“So, you know what would be great? I’ll let you host it. You moderate a debate between Hunter Biden and myself. C’mon. Let’s do it. No, no, seriously. We can go full transparency. We show everything and we can talk about all of the places where I’m supposedly grifting, but Hunter Biden isn’t. I would love to do it.”

Maybe we could pair it with a Chelsea vs. Ivanka card.

You never know for sure, but I’d bet Don Jr.’s got some of that killer debate instinct of his father’s.

Would you? How do you think he’d do? Let us all know in the Comments section. 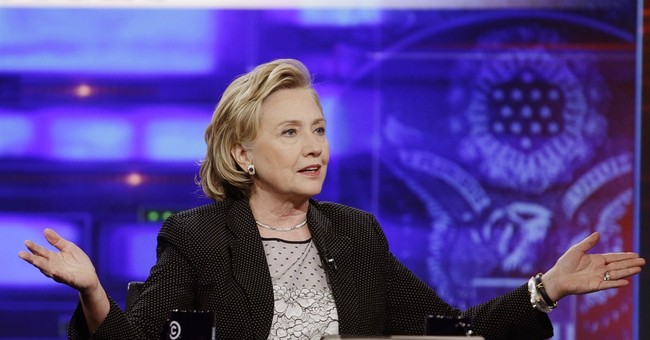 Save the vote, save the Court