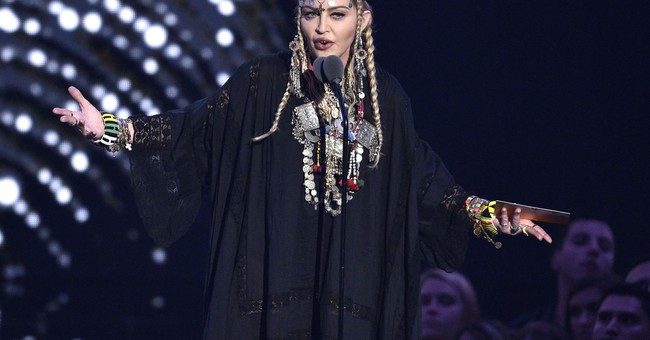 If loving Terrence K. Williams is wrong, for many, it’s hard to wanna be right.

The guy has passion and conviction, and he’s not afraid to show it.

He’s nothing if not entertaining, and if you’re new to the social media slinger, here he is in November:

WHEN IS HILLARY GOING TO JAIL

Roger Stone was found guilty for lying to Congress. SO

When will they LOCK HER UP for committing crimes & lying to Congress?

When will CONGRESSMAN ADAM SCHIFF GO TO JAIL FOR LYING ON PRESIDENT TRUMP?

And this was the T-man recently, defending First Lady Melania against former Republican strategist Rick Wilson:

YOU HAVE TO BE KIDDING ME ??@TheRickWilson is a evil & hateful human being.

I would not wish that on my worst enemy!

IM SICK OF PEOPLE ATTACKING HER!

She is always classy & kind . pic.twitter.com/KbG8X5GtwM

Someone else not afraid to show themselves: Madonna.

Therefore, over the weekend, the Material Girl she displayed herself without any material — in the bathtub:

Madonna is keeping a self-isolation video diary now, where you can watch her talk in the tub about how coronavirus is the great equalizer (a good thing and a bad thing) and vow that she will definitely be a “more tolerant person” after the pandemic passes https://t.co/7mRIQjP6HG

RedState’s Elizabeth Vaughn laid it out:

Sitting in an opalescent bath sprinkled with rose petals, a crooked line of votives on one side, sits Madonna. Wearing only jewelry, she shares her feelings about the Chinese virus, the great equalizer. In the background, soft, eerie music is playing, music you might hear in the early part of a horror movie, just as the main character begins to realize they are not alone.

In the clip, the 61-year-old singer philosophized.

“That’s the thing about COVID-19. It doesn’t care about how rich you are, how famous you are, how funny you are. How smart you are, where you live, how old you are, what amazing stories you can tell.”

As pointed out by Elizabeth, the video brought mixed reactions.

One of those was Terrence’s, and there’s nothing quite like watching him eat green beans while he watches Madge.

WHAT IS WRONG WITH HER?!!

Madonna posted a bizarre Quarantine video in the bathtub 🛀

She wants us all to know that the rich & poor are suffering the same during this Quarantine.

I HAVE SEEN IT ALL!!

I Can’t stop Laughing!
*Who’s laughing with me ? pic.twitter.com/zVfOA8ZseB

But just so you know, Terrence wasn’t the only one to take the Express Yourself singer’s post and make something new — there was also this:

Whoa, Joe — get outta there. She wasn’t singing it to you.