It’s on the House: Roughly 2 Million Americans Have Missed Their Mortgage Payments 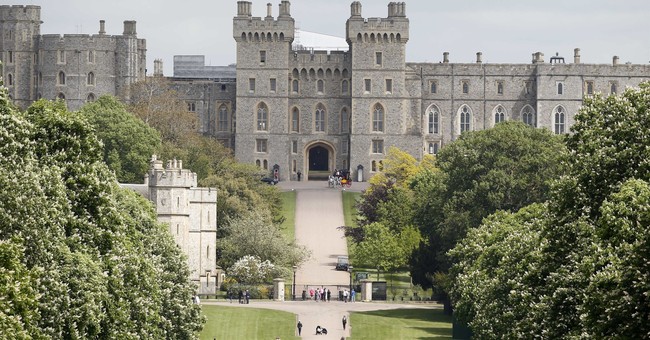 FILE – This May 11, 2018 file photo shows a view of Windsor Castle in Windsor, England. U.S. President Donald Trump’s visit to Britain next week will take him to a palace, a country mansion and a castle _ and keep him away from noisy protests in London. Prime Minister Theresa May’s office says Trump arrives Thursday, July 12, 2018 and will attend a dinner with business leaders at Blenheim Palace, Winston Churchill’s birthplace. Trump will also travel to Windsor Castle for an audience with Queen Elizabeth II. (AP Photo/Alastair Grant, File)

Last week, I wrote about renters missing payments in April due to the coronavirus shutdown (see here). But what of homeowners?

According to data from the Mortgage Bankers Association (MBA), around 2 million U.S. residents have missed their monthly mortgage payments amid the pandemic.

As we’ve gone along, of course, more Americans have lost their income or seen it reduced. It’s no wonder some bills have gone unattended. As per the MBA, many borrowers have gone into forbearance — an agreement with lenders which allows for a temporary stay of payment.

“[T]he number of borrowers asking for forbearance will likely continue to rise at a rapid pace.”

Approximately 3.74% of home loans are in forbearance as of April 5…up from about 2.73% the prior week.

If you’re wondering what exactly the Mortgage Bankers Association is, here’s The Daily Caller with more:

[The MBA], which represents nonbank companies like Freedom Mortgage Corp. and Quicken Loans Inc., serves as a type of intermediary for borrowers who make monthly payments for their home and the lenders who receive the payments. The group’s polling data reflects a sample size of around 27 million loans.

As you no doubt recall, in late March, the White House and Congress served up a $2.2 trillion coronavirus relief package, offering up to $1,200 to U.S. adults earning less than $75,000 and providing small businesses with “forgivable” loans up to $10 million.

As noted by TDC, “[Loan] companies say they might have to locate tens of billions of dollars to meet payroll with their investors if more homeowners quit making their mortgage payments.”

Personally, I believe we’ve done right to pause in order to slow the spread as healthcare tries to get ahead of the virus. But at some point, the show must go on.

It seems to me Americans are ready to get back to work.

Hopefully, May will be a very different month.