One has to wonder what the statute of limitations is when a person goes from a “victim who should be allowed to speak” to a political hack who should get challenged on his views.

As Parkland student David Hogg makes the rounds on television, he continues to spout nonsense. While conservatives in the media have stopped giving him a free pass, it’s those in the mainstream media, particularly on television who continue to allow him to say whatever he wants, without question. He’s repeated some of the more absurd left-wing talking points, and the hosts just sit there with a crap-eating grin on their faces or nod along solemnly as though Hogg is saying something profound.

Watch this clip on CNN. Wolf Blitzer lets Hogg (who is obviously reading off a cheat sheet containing the talking points he covers — you can see him looking at it) rattle off a bunch of nonsense:

"Betsy DeVos basically paid for her position…I think she's not the right person for this," says Florida shooting survivor David Hogg after WH unveils plan to establish a school safety commission chaired by the US Education Secretary https://t.co/XKUkwqMEwm pic.twitter.com/q25JwvCZbN 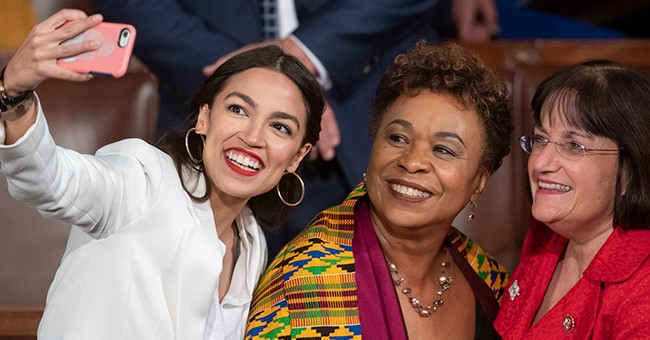 Let’s go through it point by point:

A. He first says DeVos “paid for her position” and that she “doesn’t support public schools.” He says she “paid over $200 million just to get this title.” That smear originated with Bernie Sanders during DeVos’s confirmation hearings. Over X amount of years, DeVos’s family donated $200 million to the Republican Party and Republican officeholders, and that was enough to make the determination that she paid for her position. Blitzer doesn’t even try to reign in the kid. First of all, DeVos herself donated about $115,000 to Republicans since 1980. That she her family cooked up a scheme to give $200 million over the years so she could accept a thankless position in government for a salary of $200,000 is laughably stupid. But Blitzer lets Hogg say it anyway. Pathetic.

B. He compares a criminal act to the kind of investigation that takes place after an airline crash. First of all, the comparison is idiotic for the reason I just stated. One is a criminal act. Another is an accident. Second of all, do we require an in-depth study to understand what happened at Parkland and why? From what we have learned so far, Nikolas Cruz shouldn’t have had access to a firearm. Hogg’s attempt at equivocation is just flat-out dumb, and Blitzer should have pressed him on it.

C. Then Hogg tells a flat-out lie. He says, “The CDC isn’t allowed to do research into these areas because of the Dickey amendment.” Again he was reading from his cheat sheet, so maybe he didn’t realize how foolish he sounded. President Obama lifted the ban on the CDC researching gun violence in 2013. The problem is not that the CDC is prohibited from conducting the research. They just wanted dedicated funding to do so. If people want to make the argument they should have that dedicated funding, then do so. But claiming a prohibition is in place is a lie.

D. He then claimed the NRA “owns” Donald Trump just as they do other politicians. It’s another smear that Hogg likes to repeat ad nauseam and without challenge. Then he claims the NRA “terrorizes children.” Such a statement goes beyond a smear. It’s just flat out f**king stupid. That’s the bottom line.

Enough already. There’s a line between activist and political hack. David Hogg is no longer the former. He is now the latter, and the press better do their goddamn job and reporting the truth. That means correcting people like Hogg when they’re lying. 'Incredibly dishonest': Washington Post compares COVID-19 to the Spanish flu in reporting on schools refusing to close in 1918 and children dying