Here’s your daily dose of evidence that the Democrat party is burning itself down over inter-sectionalism.

Rep. James Clyburn recently did an interview with the Wall Street Journal where he took some shots at Nancy Pelosi and Steny Hoyer, specifically over the racial makeup of leadership and how it got that way.

In an interview with WSJ, Clyburn accuses Pelosi and Hoyer of not doing enough to hire diverse staffs. https://t.co/CNPIXy7JCu pic.twitter.com/W5xmVxS7Ys

Mrs. Pelosi and Mr. Hoyer were unopposed in the House Democratic caucus but Mr. Clyburn got a challenge from Rep. Diana DeGette (D., Colo.), who eventually stepped aside. Mr. Clyburn ended up on the ballot unopposed but he still resents the ordeal. Some of his critics looked at him as a “figurehead,” he says, which he effectively took as a racial slur—that he was in Mrs. Pelosi’s inner circle only because of his race.

Clyburn took offense to the fact that Pelosi called in the fix for him in 2007. His opponent for his eventual leadership role dropped out, leaving Clyburn to run unopposed. Why? Because Pelosi wanted a black Representative in a leadership position. It also gave the appearance that he, Clyburn, couldn’t win on the merits and he didn’t like that. I can actually understand his thinking on some level.

To further push the point, Clyburn then goes right at Pelosi and Hoyer.

What does he mean by tokenism? “What I mean is, how many black folks are on Hoyer’s staff?”

Have Mrs. Pelosi and Mr. Hoyer been told they should hire more black people? “I don’t have to tell them,” Mr. Clyburn said. “They’re grown people. They can read. They can see.”

Clyburn would then go on to “clarify” his remarks when it became clear he had gone too far.

“I did not intend anything as any criticism of Steny or Nancy, because I don’t think they deserve to be criticized on hiring practices,” Mr. Clyburn said. “Nancy’s got a whole lot of black folks on her staff.” (Mr. Clyburn’s office is 58% black, according to a spokeswoman.)

The larger point here is the back-biting taking place within the Democrat party, not whether Clyburn is correct about the racial makeup of Pelosi’s staff. The fact that they are even sniping over such things shows the problems they are dealing with. There’s an older guard who simply didn’t see racial quotas on their staffs as important while the new left is demanding such things not just on the Hill, but in all manner of corporate and other private settings.

While Clyburn eventually backed down here, would AOC back down in a similar situation? What about Ilhan Omar? Recent history says they’d simply double and triple down. In fact, Rashida Tlaib has already accused House Democrats of tokenism while complaining about her lack of standing. To any normal person, a freshman Representative would be expected to have little to no say in policy direction but the most radical elements of the Democrat party do not care about that. They feel entitled to it.

Pelosi is probably glad on some level that this will likely be her last stint. Whoever gets the job as Speaker (or hopefully Minority Leader) in her party next is going to have an inter-sectional mess on his or her hands. 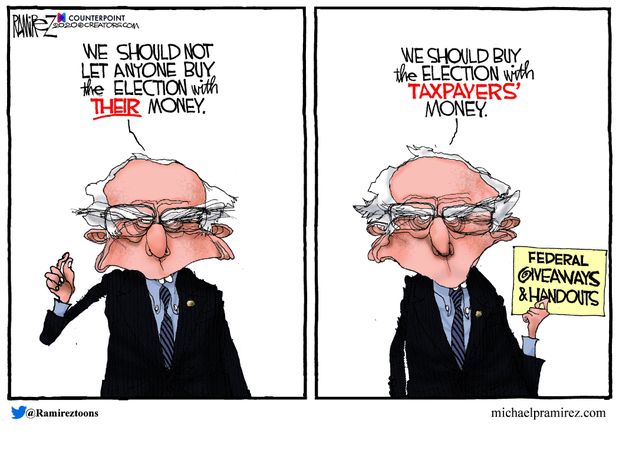