This isn’t going to stop is it?

As I wrote this past weekend, Joe Biden is committing so many gaffes that we can’t even keep up with them all. Right on cue, he committed another one Sunday, although whether this was an accidental flub or him just straight up lying is up for debate.

BREAKING: Biden told a supporter after Keene State College (N.H.) stump speech yesterday that he came out of college with "$280,000" in debt, but then just moments later, he told another supporter that his debt was "over $300,000"

You may be asking what makes this a gaffe. It’s not actually the difference in figures he told to two different reporters within seconds of each other. I mean, that would be a gaffe, but not one worth writing about.

The real issue here is how in the world he can make this claim with a straight face.

The average cost (tuition, fees, room, and board) of a public, 4-year college like the University of Delaware was $996/year when Joe Biden graduated from college. The idea that he had $300,000 in debt–eye-popping even by today's standards–in the 1960's is preposterous.

So college cost him about $1000 a year back when he was at the University of Delaware. Even assuming he had high expenses such as living off campus, his claim is still hilariously impossible. I mean, unless he did several dozen pounds of coke throughout his college years, there’s just no chance he ran his college debt up to $300K. It’s unlikely he even broke $10K, including his living expenses.

I guess Biden was trying to get in on that sweet Bernie/Warren action, casting college students as helpless victims having massive loans forced down their throats. Of course, in reality, today’s students have the choice to attend more cost effective schools and work while in college. If they choose to go spend $175K on a gender studies degree while putting their housing and food on a credit card, that’s kind of on them and I’m failing to see why the rest of the country should be responsible for that.

That’s not to say I’m not sympathetic to the racket that the university system has become, but that’s largely the fault of government intervention and guaranteeing of student loans. There are only two areas in American life that have exploded in cost well past the rate of inflation. Healthcare and college. There’s a reason for that and the federal government saying “I’m here to help” is that reason.

Oddly enough, no reporter thought to actually press Biden on his silly claim of college debt, either because they weren’t knowledgeable enough to know it’s crazy or because they simply chose to let it slide for political reasons. Neither reflects well on the media.

Meanwhile, Democrats are scrambling to decide whether they want a gaffe machine or a socialist to be their nominee. Good luck to them in that endeavor. 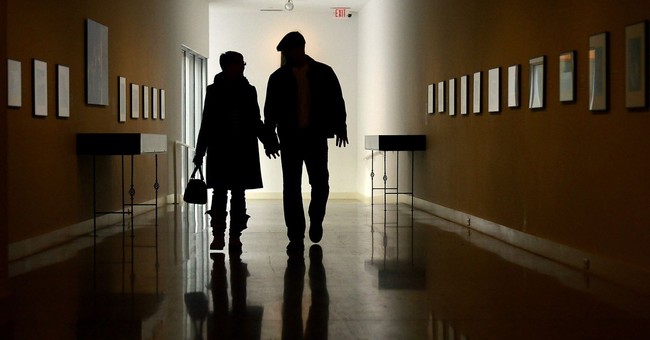