You know the great thing about Twitter? It constantly reminds us that history didn’t start in 2016.

As I wrote yesterday (see The GAO Decision that Trump ‘Broke the Law’ Is Meaningless and Here’s Proof), the media reaction to a GAO report deciding that the OMB didn’t follow the law in placing a temporary hold on Ukrainian aid is simply not what it seems. The statutes involved are administrative in nature and the fix is administrative in nature (including the possibility of suing to get the funds released). Nowhere is impeachment a recommended action and every President ends up with a bad decision from the GAO at some point or another.

The facts of the situation didn’t matter though. Breathless headlines frolicked about the media sphere proclaiming that Trump had done something absolutely awful and unprecedented. And they got the response they wanted, with more “Trump should be arrested” hot takes than you can shake a stick at.

You see, Trump is now a criminal.

The above is framed within the context of impeachment, asserting that now the Democrats have a crime to tack onto the charges. They won’t (for several reasons we’ll get to in a minute), but it’s impossible to ignore how the Post is choosing to report the story.

Unfortunately for them, the search function exists. What would you say if I told you Barack Obama was also found to have “broken the law” by the GAO by carrying out the Bowe Bergdahl swap? Go ahead and guess how the very same Washington Post covered that story.

The GAO says the Bowe Bergdahl swap broke a law. In the past, that hasn't resulted in much. http://t.co/yOvQP8gtwa

When it was Obama, the Post not only dismissed his actions as holding any significance, they pointed out that dozens of people from all different persuasions have been hit with charges of breaking the law by the GAO. You know, just to make sure they pushed the narrative to their readers that this wasn’t a big deal.

There’s some truth to that. These decisions have never resulted in much because they are largely meaningless. All the GAO does is give a decision. It’s up to Congress or whatever other agency is involved to take it from there. Much like campaign finance violations by political campaigns, the remedy is usually exceeding light (typically some kind of administrative action).

But now that Trump, after three years, has a GAO decision go against him, it’s suddenly framed as impeachable and a grave “crime.”

This kind of hackish behavior is simply meant to play into the hands of the Democrats as we head into the Senate trial. In reality, the House is not going to add this to the articles of impeachment because it’d be idiotic to do so. The law in question calls for a number of administrative actions, none of which is impeachment, and if Pelosi doesn’t want to use them, that’s on her.

The Washington Post knows this, but they are going to play this up anyway because that’s what they do. 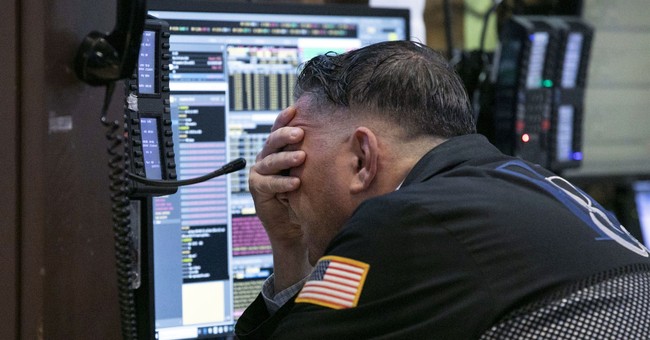