The day is finally here. If you’ve been following this year’s Democratic primary, there’s no bigger inflection point than Super Tuesday.

Bernie Sanders is currently the front runner, but a late round of backroom dealing against him and terrible press (completely deserved terrible press) have seemingly handicapped his campaign. I say seemingly, as the extent of the damage is very much up in the air at this point. It always pays to be a little leery about the current media narratives being pushed, which predict a Joe Biden surge tonight.

With that said, it does appear Biden has the momentum. Amy Klobuchar and Pete Buttigieg have both dropped out and endorsed him in what looks like an effort to stop Sanders and give themselves some leverage in the process (Buttigieg will almost certainly enjoy a cabinet position if Biden were to become president). Meanwhile, the media at large have been taking a crowbar the knees of Sanders and his supporters since his big win in Nevada.

All that is adding up to a very contentious election today, where Sanders’ has seen his leads in TX and CA shrink according to the latest polling. In fact, 538 now has Biden as the projected winner of a plurality of delegates.

We just 2 polls in from *every* Super Tuesday state from a) @DataProgress and b) @swayable.

The polls are quite good for Biden. Our model has Biden moving ahead of Sanders.https://t.co/JDz2dZ8bqR pic.twitter.com/AY46MrLEfj

This is one of the two new polls they are including in their latest projections.

If that’s the outcome of tonight, Biden is the nominee and it’d likely be the biggest primary turnaround in modern history. I can’t recall anyone else pulling this off. Sanders’ only path to holding a plurality is to dominate in CA and he’s certainly not winning the nomination without a plurality.

With that said, I’m still slightly skeptical that Biden will so greatly over perform tonight. Do ground games matter? Rallies? Having a physical presence in a state? History says those things do matter and Biden has basically been absent in almost all the Super Tuesday contests because of a lack of money. The last three days were simply too little, too late to spin up operations, especially since Michael Bloomberg already had most of the airtime bought. It should also be noted that Bloomberg is still holding onto his vote shares, which complicates Biden’s path to definitively regaining the lead.

I understand Biden had a big event last night in Dallas — it was a huge, huge day for the former VP.

But the Bernie rallies ive gone to are far larger — by a lot.

I’m not sure what this means — if anything, it’s just an observation, so if you think it’s meaningless, disregard!

Here’s what I think happens. I think Sanders still walks away with a delegate lead tonight despite the prognostications that he’s been successfully stopped. I believe he shows strong in CA, where the ground game is everything and that Biden possibly falls below the threshold there. Biden will clean up in the south, it’s not even a question, but the delegate counts there are much lower. Texas will be the big one to watch, and Sanders has led there consistently until today’s polling. I think he could still sneak out a victory, though it’ll be so close as to not matter much to the delegate math.

I also do not think Elizabeth Warren wins MA. That’s going out on a bit of limb, as she leads there, but I think voters know she can’t win and that will tamp down turnout for her. As I speculated yesterday, Klobuchar dropping out probably actually helps Sanders, as he can win MN now and looks to do so.

The real thing in flux here is not whether Sanders will produce the results he’s been projected to get for the last week. I predict he will. Rather, it’s if Biden over performs to such an extent that he’s winning southern states by 25 points instead of 10 points. I just can’t shake the feeling that him having no ground game will matter. He put every dime he had into South Carolina and it worked. He has not done that in these other states and there’s only so much influence that endorsements and MSNBC pronouncements have. If I had to make one over-arching prediction, it’s that Sanders will enter Wednesday with about a 100 delegate lead and the race totally up in the air.

But if there’s one further prediction I’m sure of, it’s that the Bernie base is going to be to furious after tonight. They are either going to see their revolutionary figure overtaken or they are going to see his lead cut down significantly, and no matter the result, they are going to feel like the past few weeks have been a coordinated attempt to stop Sanders (and to be fair, that’s true). There’s just noway I see more than 75% of Bernie’s voters shrugging and voting for Biden if he wins the nomination. I could even see Sanders not endorsing anyone or running as an independent if things get bad enough, and they certainly look like they could.

Whatever happens tonight, be sure to stick with RedState, as we’ll be live blogging and putting up stories throughout the voting and counting. 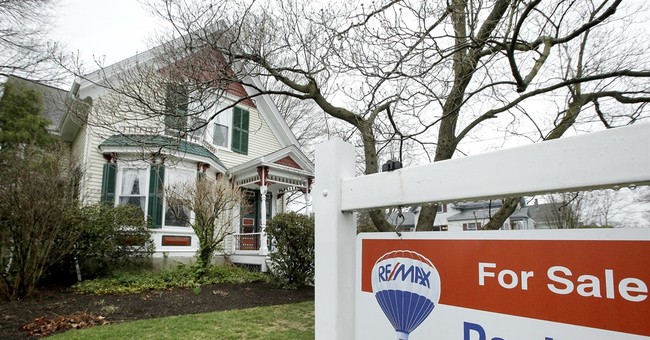