With Joe Biden regaining his position as the Democratic front runner, the scrutiny of him by the right has renewed. When Biden looked like the helpless, distant finisher he was a few weeks ago, it wasn’t worth the energy. Things have changed in a hurry, though. Meanwhile, Bernie Sanders is still mumbling about billionaires, signaling that he’s not serious about doing what it takes to win the race.

While Biden may represent a larger threat to Trump in a general election, he’s still a ripe target for political ridicule and the sights are starting to turn on one specific thing. Namely, the former Vice President’s mental health.

As I touched on in an article that broadly focused on Biden’s issues (including on policy), he’s a man who certainly appears to be losing his mental faculties. No, not because he’s annoying, talks in word salads, etc. like many politicians do, but because he genuinely seems to be losing his mind.

If you oppose Trump because you feel like he’s not up to the job, there’s absolutely no excuse for getting excited about Biden and feeling like we’ve saved the country because he’s the other choice now. This is a man who can barely remember where he’s at on any given day, and that’s not an exaggeration. He slurs his words constantly (no, it’s not a “stutter”) and mixes up issues, not from ignorance, but from an ability to process what he’s trying to say. And while people will say “but Trump!” in response, anyone with eyes can see the difference. Trump is a fast talking word salad at times, but there’s a difference between not being a good orator (or just being plain unknowledgeable about a subject as Trump sometimes is) and confusing your sister and wife or forgetting what day it is, both things Biden did in the last day. The physical decline is real and it’s being presented to us in flashing lights.

Here are some of those recent examples.

This is really sad. Joe’s family needs to tell him to pull out of the race. He’s clearly suffering from dementia (although I’m not a doctor but have witnessed this terrible disease). It’d be horrible to watch a loved one do this in the public eye. pic.twitter.com/HaYoPHHZYz

Video: HERE is Biden confusing his wife for his SISTER #SuperTuesday pic.twitter.com/RYzUBkuAtd

This is so sad.

Here @JoeBiden says to the crowd in South Carolina that he is "running for the United States Senate" and that if they don't like him they can "vote for the other Biden."

I honestly wish he would've retired & not subjected himself to the rigors of this campaign. pic.twitter.com/mygFnsrdjC

Now, a new report via Peter Hasson over at the The Daily Caller says Republicans are primed and ready to hit Biden on this issue going forward, and there will be no mercy.

Republicans, meanwhile, are preparing to highlight questions about Biden’s fitness if he becomes the Democratic nominee.

A Trump campaign official told the DCNF that Biden’s “capacity” will be an issue in a potential general election matchup, echoing language used by Democratic New York Rep. Alexandria Ocasio-Cortez.

President Donald Trump has repeatedly taken shots at Biden, saying the former vice president is “not playing with a full deck” and “has lost his fastball.” Trump’s campaign has already churned out videos highlighting Biden’s struggles.

Researchers at the Republican National Committee are keeping a running internal list of Biden’s verbal and mental miscues in preparation for the general election, an RNC source told the DCNF.

You can count on the mainstream media and Democrats to cry foul, but let’s be honest, they opened this door so wide you could drive a semi-truck through it. The same people who will whine about going after Biden’s mental decline are the same people who’ve spent the last three years riffing on the 25th amendment and fluffing “experts” who claim Trump is mentally unfit. They don’t get to change the rules when they cease to be politically beneficial for them.

The shot and chasers are going to be glorious.

How dare they, right Tom?! pic.twitter.com/8as9LqdcKy

The left opened the door to going after Joe Biden's mental competence. The right will go through it. "Democrats can but Republicans can't" is how you get Trump. Maybe you should've thought about that before you opened it. https://t.co/5NCWLFwqYn

Of course, there are plenty of other things to go after Biden on. I laid out a lot of it in my prior piece that I linked above. But the most visible thing will be the continued “gaffes” he perpetuates on the campaign trail. My suspicion is that the Democrats will attempt to slow him down now that he’s all but won the nomination. That will leave him in a disadvantage going into the summer campaigning months. Regardless, there’s already enough on tape to push out campaign ads focusing on his mental health for the next two years. 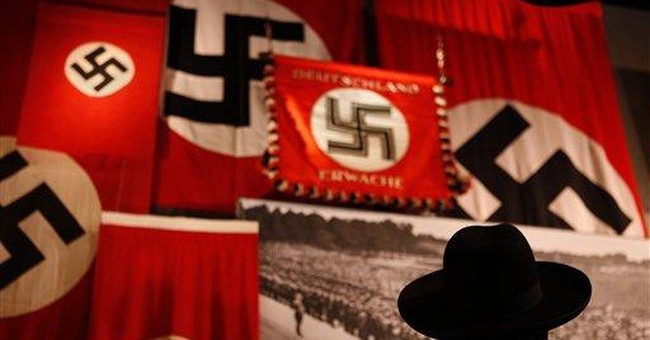