U.S. Rep. Alexandria Ocasio-Cortez, D-N.Y., speaks as, from left, Rep. Rashida Tlaib, D-Mich., Rep. Ilhan Omar, D-Minn., and Rep. Ayanna Pressley, D-Mass., listen during a news conference at the Capitol in Washington, Monday, July 15, 2019. President Donald Trump on Monday intensified his incendiary comments about the four Democratic congresswomen of color, urging them to get out if they don’t like things going on in America. They fired back at what they called his “xenophobic bigoted remarks” and said it was time for impeachment. (AP Photo/J. Scott Applewhite)

Perhaps now would be a good time to put the Marxist rhetoric aside?

Alexandria Ocasio-Cortez doesn’t think so, as she decided to jump on social media again, this time to absolutely trash her own country as it battles a pandemic. Of course, she manages to even screw that up.

Here she is calling the United States a “brutal, barbarian society” because she apparently doesn’t know the word “barbaric” exists.

.@AOC: The United States is a "brutal, barbarian society" for "the vast majority of working-class Americans" pic.twitter.com/RFhb0V9yA1 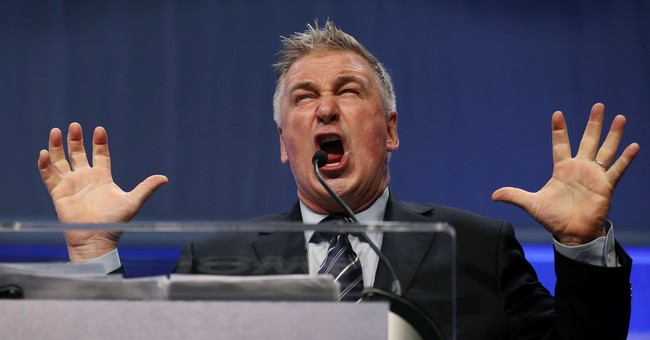 I have a feeling a pampered fraud like AOC, who grew up with means outside of the city but pretends to have roughed it in Queens her whole life, has no idea what actual brutality is. It certainly isn’t the situation for the “vast majority” or working class Americans. Before this crisis hit, an event no one could have prevented as evidenced by the rest of the first world, the working class were doing about as well as they have in modern history.

Even now, the government is stepping in to fill holes, charities are working overtime, and people are doing the best they can. There’s nothing barbaric about what’s happening. A lack of perfection, something not attainable in this situation, is not evidence of total deprivation.

But there is some irony here. This is the same woman who refuses to support sanctions on actual barbaric societies like Venezuela and Iran, but she’ll accuse the freest, most successful country in history of being a cesspool. Further, if we are so awful, why does AOC want so many people to come here illegally? I mean, we are a terrible, barbaric society, right?

All of this comes back to her ideology. The Sanders wing of the Democrat party sees this as an opportunity to reshape the country into a Cuban-esque hellhole. It is what it is, but it is also worrisome because there’s are no guarantees. The right circumstances could see voters choose a different path just for the sake of taking different path. 2020 is incredibly important, but 2024 could be even more consequential because that’s when a more palatable face will attempt to push Sanders’ platform again. I hope the majority of Americans continue to see through this nonsense and reject it.