How accurate are the death totals we are being fed about the coronavirus? If this latest case in Florida is any indication, and there’s evidence it is, the answer is not very accurate.

We’ve heard reports for months that “probable” cases are being counted as definitive deaths, with the meaning of the term probable being stretched to absurdity. But this newest example really takes the cake, and it’s important to point it out for a variety of reasons.

Reporter asks Orange Co Fla health official if the two COVID deaths listed as in their 20s had any underlying conditions. Reply:

“The first one didn’t have any. He died in a motorcycle accident.”https://t.co/IFUOz4WpbC

A person who died in a motorcycle accident was added to Florida’s COVID-19 death count, according to a state health official.

FOX 35 News found this out after asking Orange County Health Officer Dr. Raul Pino whether two coronavirus victims who were in their 20s had any underlying conditions. One of his answers surprised us.

“The first one didn’t have any. He died in a motorcycle accident,” Pino said.

A man was killed in a motorcycle accident, but because he was positive for the virus, he was counted as a coronavirus death. The fact that such a thing could happen calls into question the entire reporting process, not just in Florida, but across the country. We’ve seen numerous examples of fudging the numbers by presuming COVID killed someone who had underlying conditions. Counting people who die in vehicular accidents takes that sketchy standard to a whole new level though.

When the official was confronted on the matter, this was their response.

“I don’t think so. I have to double-check,” Pino said. “We were arguing, discussing, or trying to argue with the state. Not because of the numbers — it’s 100…it doesn’t make any difference if it’s 99 — but the fact that the individual didn’t die from COVID-19…died in the crash. But you could actually argue that it could have been the COVID-19 that caused him to crash. I don’t know the conclusion of that one.”

Notice the dismissiveness of acting as if this is just one case so it doesn’t matter. How do we know the other 99 are accurate given that this case was so badly misreported? The answer is we don’t, and if they are working so diligently to stack the totals that they’ll actually argue the coronavirus caused someone to crash their motorcycle, nothing can be believed at first blush anymore.

There’s another aspect to this, and that’s the age range involved. This person was in their 20s, a demographic that scientifically has almost no risk from coronavirus. But by having this person added to the rolls of deaths, it becomes another propaganda item for people to say “see, it can kill young people!” Of course it can, but the instances are so rare that you’d be more likely to die driving to college than attending one. Falsities like the categorization of this motorcycle accident death play into narratives that are ultimately untrue.

Ultimately, the difference in numbers between dying “from” COVID and dying “with” COVID is likely massive. From the beginning, the CDC encouraged states to liberally count deaths with little care for verification. How many of the total deaths we have counted now weren’t actually a result of the virus is anyone’s guess. The damage is already done, though. Any attempt to fix the numbers will simply result in people yelling about conspiracies to hide the true toll. This was a failure that should have been avoided back in March with proper federal guidelines. 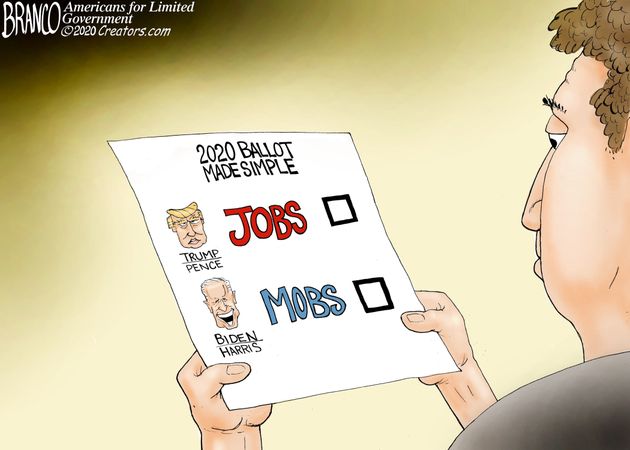