CNN’s Chris Cillizza is no stranger to gaslighting. But even I had to laugh at this latest attempt.

With parts of cities in America being taken over by violent rioting, looting, and even calls to murder police, Cillizza decided it was time to do a quasi “fact-check” of right leaning claims about what’s going on. You see, those people getting shot and those businesses being destroyed are really just “protests,” and any attempt to label them otherwise is dishonest or something.

Now, see if you notice anything hilarious about Cillizza’s article.

Trump's efforts to label what is happening in major cities as "riots" speaks at least somewhat to his desperation, politically speaking, at the momenthttps://t.co/tQJ495xOZK pic.twitter.com/vs19vtCHiW

Yeah, this is hall of fame worthy and perhaps worse than the CNN reporter who proclaimed the “protests” peaceful with a burning building in the background of the live shot. But at least that was a live shot. That guy had to make his gaslighting calls on the fly. Meanwhile, Cillizza had time to actually reflect on what he’s posting here and still decided it made sense to insinuate there are no riots with a picture of a flaming building as his featured image.

Perhaps Chris would like to apply for a job with the Babylon Bee?

Donald Trump Jr. saw the article and decided to get a much deserved shot in.

I get that you’re the marketing arm of the DNC but that’s one hell of a picture to make your point and push your propaganda with.

I assume the building spontaneously combusted? Is that what you’re going with? https://t.co/4HLCXNpccG

He got the propaganda angle right. CNN should probably check for the latest talking point though. Democrats are now suggesting that the rioting does exist, but that it’s all Trump’s fault even though the local authorities refuse to allow him to intervene. The newest craze by Biden and others is to denounce “violence” without naming who it’s coming from and pretend the right have stoked the flames of destruction even though the right has nothing to do with anything that’s going on.

Regardless, Cillizza decided to just lie to his audience again instead of going with the latest excuse. The media are just a joke. It’s been said before and it’ll be said again. 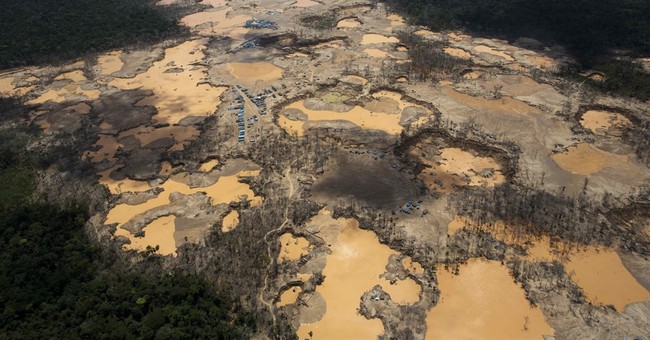