If you are currently in a pique over the immigration crisis let me try to quell things a bit and ease your anxiety and teeth gnashing. I am not saying you are wrong for caring about the plight of children, or even that you should/shouldn’t oppose certain policy issues. I don’t know anyone who is applauding the stark reality of families being bifurcated, and kids being housed independently of loved ones.

Our immigration quandary is one with no simple solutions. Despite the contemporary conflagration the truth is it is one we have been dealing with for generations. Fixing the issue is something that would require sober thought and earnest work. Labeling people as “Nazis”, and describing dormitory housing for kids as the equivalent to Auschwitz is the opposite of sober earnestness. The hysteria cycle the nation seems to be in regarding this issue is hyper-emotional and not the least bit accurate.

And it is wholly media-manufactured.

The main canard is the claim the Trump administration is engaged in a new policy of separating families at the border. Democrats, and many in the press, enjoy repeating this charge. What they actually reference is an effort made by the Department Of Justice in April to begin a zero-tolerance standard towards immigration law. Therefore it is not a new policy created by the Trump DOJ, but a tightening of the enforcement of the law.

There are two details the press is intentionally leaving out in regards to this renewed application. First, we are talking about the enforcement of the Illegal Immigration Reform and Immigrant Responsibility Act of 1996. In this climate of blame just note there was bipartisan effort there, in that it was a GOP-backed bill signed into law by William Jefferson Clinton.

The second avoided detail is there was a reason for Attorney General Jeff Sessions to call for this zero-tolerance enforcement. The Southwestern border had seen a surge of people coming across; from March 2017 to March 2018 an increase of over 200%. In just one month — February ‘18-March ‘18 — the numbers increased +37%.

Why? At least a contributing factor would be in that calendar year the state of California declaring Sanctuary status, which was signed into law by Gov. Jerry Brown last October. This couples with numerous municipalities in his state declaring they would not cooperate with federal ICE enforcement of immigration laws. So with a swelling tide of illegals Sessions declared a tightening of enforcement. More adults arrested lead to more children needing to be housed in facilities.

The news cycle of the horror of children housed in cages began with a widely circulated piece from The Arizona Republic. The article featured images of cramped conditions, mats on floors, and kids sleeping in what appear to be large dog kennels. It is gripping. Now note the date of the byline: June 2014, which became inconvenient for the narrative. Following that realization the article was no longer circulated with the same enthusiasm — no matter, the “kids in cages” narrative was forged.

Immigrant children caged by Obama, circa 2014

The next attempt to drag down The President with this issue inspired the infamous Samantha Bee tirade against Ivanka Trump. USA Today posted a column that detailed how the Trump administration “lost” (their word) nearly 1,500 migrant children taken from their parents. Numerous media outlets and players repeated this headline, and then Bee’s use of feckless entered the public vernacular. This article too was dismissed as a reference point once the paper issued this correction:

An earlier version of this column mischaracterized the legal status of 1,475 undocumented migrant children who crossed the U.S.-Mexico border without their parents. Those children were placed in the custody of sponsors screened by the U.S. Department of Health & Human Services. They are no longer in federal custody.

Huh. So these children were NOT separated from their parents and were NOT actually lost. Yet the charge has been allowed to stick.

The next attempt showed how grievous Donald Trump with a photo of the interior of a transport vehicle. The seats had been retrofitted with rows of child-restraint devices. This was being described as a specialized “prison bus for babies”. As the din on social media rose to fire alarm levels it was quietly revealed to be another Obama-era detail, from 2016, and that this was actually a bus used by ICE to take kids safely to medical appointments, court appearances, and field trips.

Another vain attempt at demonizing Donald was the appearance in the media of proof that Trump created “infant jails”. These are housing locations — dubbed “tender age facilities” — that are designed specifically to hold children as young as months old. Judd Legum and many others popped up on the same day with the hyperventilating accusation Trump was building “baby prisons.” Except there is a curious detail; the Obama administration instigated the constructing of these facilities, to house children separated from their families. (Curious, given the claim separation was the invention of Trump.) In fact, Obama’s Department of Health and Human Services was the creative source of that “tender age” euphemism when requesting the construction.

Here is the document that Barack Obama's administration filed for those centers: pic.twitter.com/YtobAQD3DI

Just yesterday morning, Justin Miller of The Daily Beast, gave another example of media narrative manipulation. In delivering an AP story, detailing the horrid abuse of immigrant children held in one facility, Justin declared this took place “after” Donald Trump made his mischaracterized “animals” reference weeks ago. One small matter: the abuses took place in 2015, and 2016. Once again, the press tries hanging the blame of Barack Obama-era atrocities (their word) on Trump. The Daily Beast National Editor could have avoided this by simply reading the article — except he had, as he used pull-quotes from another section.

After a couple of attempts to explain away his prevarication Miller yanked down his accusatory Tweet when called out, delivering this wan excuse: “Tweet isn’t accurate enough and I’m deleting it.” Michael Biesecker who wrote the article even blared about his story, containing information over 2 years old, using the word BREAKING to let the implication sit this was a contemporary creation.

All of this stands as solid proof of one thing: the press has ginned up this “crisis”. Note how many times the evidence they provide to condemn Trump predates his candidacy, let alone his taking office. Note something else: all of the accusations, character attacks, and labels of condemnation on the activities at the border directed at Donald Trump were non-existent when the previous White House occupant was in charge and those actions took place. Everything being demonized today existed years ago, and this same press corps was entirely apathetic.

Consider, if Donald Trump is such an obvious despot then why is there a need by the press to draw up this list of falsified “evidence”? Any time you hear the calls for action, or charges of heartlessness you are free to ignore them, because those leveling the charges today did not care a whit when they were taking place a few years ago.

They are using the children at the border as a political wedge. They are only blaming one political party. It is a craven design to create votes this coming November. The fact that they have no real issues also explains why no one talks about real solutions to this problem — because they need this problem as their platform.

Popular Mechanics Gives Instructions on How to Take Down Statues, George Washington Statue Is Ripped Down

On the Advisability of Arguing with Crazy People: Charting a Plan for Conservatives’ Future 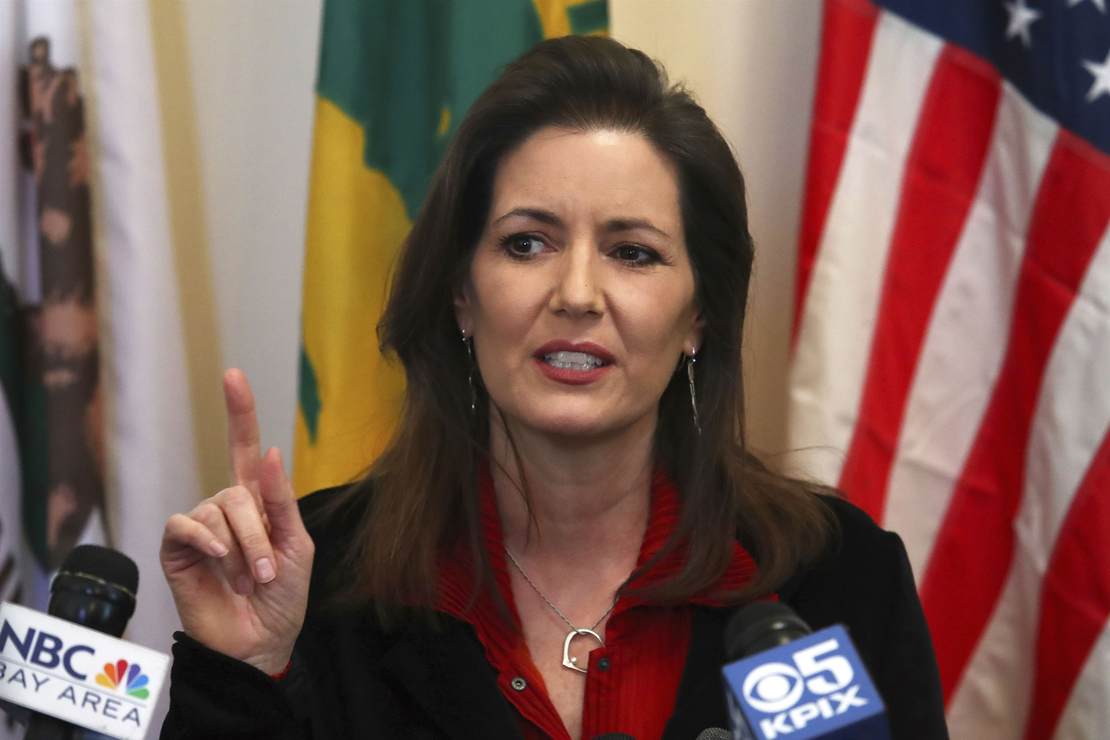 Liberals Love Cops As Long As They're Enforcing Their Laws