The party that wants to keep race out of the campaign cannot seem to shut up about race.

It has been a fortnight since the Florida primary elections and in that span the race between Republican Ron DeSantis and Democrat Andrew Gillum has already become contentious, and it has drawn interest on a national scale while drawing millions into the war chests of both candidates. 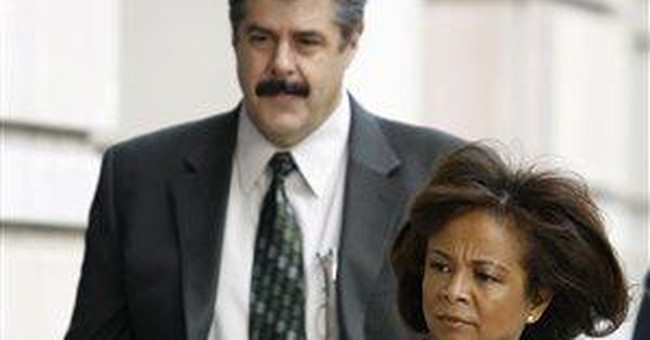 Imagine what will happen if they ever begin discussing their policies!

In the time since the election there has been one, and only one, subject discussed — racism. Ron Desantis has absorbed numerous accusations of injecting race into the campaign because, as we all know, when you are trying to sway as many voters as possible the best strategy is alienating an entire voting block. This is the claim being made by Andrew Gillum and the Florida Democratic Party, even as they are violating their own lectures about this subject.

What started off this ethnic kick was DeSantis dropping the clumsy phrase “We can’t monkey this up” in an early interview. Gillum, and the FDP, immediately rose up (notable Democrats never get accused of “pouncing” on a story) with charges of racist dog-whistles being employed. We are reduced to parsing when the tired dog-whistle accusation is trotted out. DeSantis was talking of Floridians here (not Gillum) and his use of “this” referenced the economy (not his opponent). Note too, by saying “we” DeSantis included himself in that reference, so where is the racism exactly??

In the minds of the Democrats. Gillum has come forward to declare he does not want race to be the center point of this contest, in numerous interviews where he discussed race and his opponent, repeatedly. Last weekend he made a tour of the Sunday news shows and in each he stated firmly his desire to only discuss the issues — while invoking race. In one sentence he stated he did not want to see race become weaponized, and in the same breath then declared DeSantis had to come forward and refute racism in his campaign.

There are sound reasons the FDP is more than eager to discuss anything other than the platform of their candidate. All summer Gillum had been trailing in the polls in fourth place, but suddenly the state party leaders found they had to sell Floridians on the scandal-dogged Tallahassee mayor with a very far-left agenda. He has been a proponent of making the $15 minimum wage a state policy, he wants to soak corporations who come to the state as a tax haven with steeper brackets, and he wants higher taxes to fund our school system. (This has been something citizens have been burned by in the past; look no further than the corrupted state lottery.) The candidate has also called to abolish ICE, an unpopular proposition with voters.

Additionally Gillum is embroiled in a deep scandal in his role as mayor of the state capital. The FBI has been investigating corruption throughout the city government, and Gillum himself has had to answer charges he has been on the dole with lobbyists. At one issue is his taking an expensive Costa Rica vacation with lobbyists, with his rather farcical explanation that he paid for the trip himself…in cash, mind you.

So it is perfectly understandable why state Democrats are eager to discuss anything apart from their newly christened candidate and make race the central issue. If they can demonize the opponent as a hateful bigoted venal Republican then they stand a chance. So while appearing to be taking the high road and lecturing that DeSantis refrain from mentioning Gillum’s race the subject percolates into the news cycle with surprising regularity.

Look no further than this week’s scandal du jour. DeSantis is now being accused of having attended “racist political conferences” in the past. These speeches are held up as further proof of the candidate’s inherent racism. Notable here, these accusations have come forward without DeSantis having said anything objectionable. No new offense has been uttered, yet those desiring to eliminate race as a subject have somehow found a way to have that very subject generating headlines.

The impetus comes from the hyper-partisan outlet The Southern Poverty Law Center, and it is such a tenuous stretch of the truth as to become laughable, but the press has repeated the smears with a straight face. The way this works: The SPLC has declared that conservative activist David Horowitz has said enough provocative things that they have branded him an “anti-black extremist”. This is a wholly subjective label, and one supported by very little factual evidence.

Over the years Horowitz has hosted a number of political conferences at which a varied number of conservative speakers have attended. The reasoning now is that since Horowitz is branded as a defacto racist, his conferences are likewise hate-group racist functions, and therefore anyone who has appeared at these events is now also racist. DeSantis has spoken at four of these conferences.

Tangible proof of how these are considered racist events never seems to materialize, but anyone connected becomes a tangential racist. There has been no quote provided of objectionable comments, no agenda referenced at any event to display bigotry, and no organized effort at racial tension. That has not stopped the press this week from describing these political conferences as “A racially-charged event” (Washington Post), an “Alt-Right event” (Miami Herald), “Event Hosted By White War Theorist” (Newsweek).  DeSantis is now considered racist by default; guilty via third-party association.

Just to lend an example on how these speaking events have not been racist Nazi rallies, as portrayed in the press this week, let’s look at some of the other speakers who have attended; Herman Cain, Ben Shapiro, Ben Carson, and Israeli journalist Caroline Glick, to name a few. Hardly a Murderers Row of skin head Klansmen.

So understand that as these stories of race continually rise up to above-the-fold headlines, that it pains the Democrats deeply to discuss the matter. Repeatedly. They really do want to focus on the issues. Just ask them, they will tell you how much they hate discussing race — each and every time they bring it up. The States of Our Union Part 1: The Coming Push for 'Democracy Reform'

Another billionaire TV star would like to be president now