The Left’s attack on comedy continues as old jokes are deemed a fireable offense.

The Academy Awards is considered by many as the pinnacle of the entertainment spectrum, Hollywood’s version of the Super Bowl. Months of buildup and a global audience mean this is the highest profile event of the year. And yet organizers have had a bit of a struggle getting a host this year.

On Wednesday it was announced that comedian-actor Kevin Hart would be the master of ceremony. It took just over 24 hours for him to no longer be in that role. Immediately after the announcement was made the cottage industry of the social activism set took effect and the under-stimulated busy-bodies began combing through Hart’s comedic history, looking for problematic content. And they found it.

It is a paradox of these splinter groups were they claim how strong and resilient they are as a faction, and at the same time rise up and declare how words spoken years ago are harmful to their essence. It is an asinine policing that transpires.

The hollow nature of these targeted attacks is exposed by the calendar. Today they are full of throat about how hurtful and injurious Kevin Hart’s words were in their existence. It is notable these jokes spoken as far back as 2009 were somehow not harmful to these people on Monday or Tuesday of this week. It was only when dredged up, and when told how offensive they had been, that these people became enraged and felt deep offense that required a professional corrective action be applied.

As lists of numerous Tweets made by the comedian deemed “anti-gay” were forwarded to followers soon the expected groundswell of outrage arrived. Calls for an apology, and even for his removal from hosting duties were quickly being sent out. But something unique happened; Hart did not crumble into a pile of neutered apologies.

The bulk of the judged objectionable comments were years old — nearly a decade in some cases. Upon first hearing of the outcry Hart and his handlers started deleting the old Tweets. He then came out on Instagram and gave a pointedly non-apologetic video response: “Guys, I’m nearly 40 years old. If you don’t believe that people change, grow, evolve as they get older, I don’t know what to tell you. If you want to hold people in a position where they always have to justify the past, do you. I’m the wrong guy, man.”

This lack of contrition, of course, could not stand. The social pitchfork hordes demand restitution, and corrective behavior MUST be enforced! The hectoring continued and, unlike Hart, the Academy of Motion Pictures Art & Sciences felt the pressure and began to buckle. The Academy went to Hart and gave him an ultimatum; he would have to apologize or they would need to look for a replacement.

Just hours later Kevin went back to Instagram and released another video, and the rarest of things seen in the entertainment field was on display. Hart essentially went in front of the camera and said To Hell with this. It is such a refreshing thing to see in the face of the word-police mobs as to become amazing.

“I chose to pass on the apology. The reason why I passed is because I’ve addressed this several times. This is not the first time this has come up. I’ve addressed it. I’ve spoken on it. I’ve said where the rights and wrongs were. I’ve said who I am now versus who I was then. I’ve done it. I’m not going to continue to go back and tap into the days of old when I’ve moved on and I’m in a completely different place in my life.”

Later the comedian made the announcement on Twitter that he was stepping away from the job. After the fact Sarah Kate Ellis, CEO of GLAAD, went on CNN to declare this was not the result that was desired.

“We were hoping this was going to turn into a teachable moment. That Kevin Hart would still be hosting the Oscars and he would be using this moment to show, not only his evolution around the LGBTQ community, but also to then use the Oscar stage…to help build unity and awareness around the LGBTQ community and how we are marginalized in this country.”

But when you launch at someone with charges of hatred, of homophobia, and demand they alter themselves to meet a nebulous standard, you are hardly fostering an environment of awareness and unity. That Hart was willing to walk away from such a notable appearance, rather than cow to the demands of the mob is refreshing to see.

The Academy, meanwhile, as a result of bending to the will of that mob is left to scramble to find a replacement at this late moment. Hopefully they can find a safe, homogenized, non-threatening individual with a past that is above reproach, who can deliver safe pablum for the viewers. At least those remaining to watch. 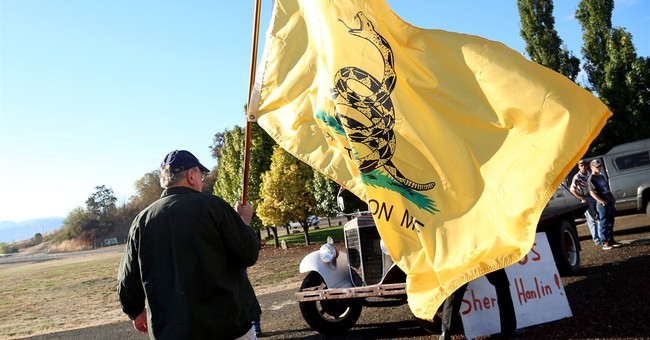 I'm Sorry This Is Happening To You: Jerry Nadler Loses It and Calls Trump A Dictator