It was with great amusement that, in the wake of the release of the (mostly) full Mueller report, the media was in full-scale hysteria, trying desperately to spin the results. For over two years, the bulk of the press has been insisting upon Russian collusion proof being delivered, and yesterday we witnessed all manner of hysterical justification. It got so bad for them that some actually insisted that after years of accusations the word “collusion” was only ever used by Trump.

It would be tough to single out a solitary example of the delusion, but then Newsweek’s Seth Abramson decided to rise to the challenge. Beginning at just before 6:00 pm on Wednesday Abramson introduced himself in the third person, as a “Newsweek columnist and NY Times bestselling author”, and then launched into a massive thread totaling over 450 tweets. Yes, that is the actual total.

The amazing part of Abramson’s rant is that, while most of the media complex bypassed collusion yesterday and targeted on the obstruction of justice details, Abramson focuses entirely on the collusion aspect. As we will see, this is done for a reason. Seth has a vested interest in keeping that collusion narrative on life support.

The Mueller probe was instigated as a look into the possibility of the Trump campaign working in tandem with Russian powers to influence the election. We had a reveal of the problems Mueller faced soon after he was appointed as Special Counsel when, early in his investigation, he requested an expansion of the scope of his investigation. It seems this was after he received the transcripts of the Peter Strzok-Lisa Page text messages, part of which had the FBI agent declaring there was no actual evidence of collusion. 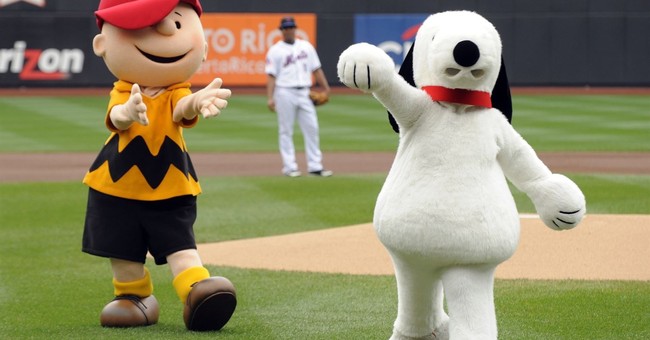 Note that, of the major convictions Mueller was able to secure, none of them deal with the issue of collusion and the election. Paul Manafort is convicted of banking and tax fraud issues taking place years prior to the election. Mike Flynn was convicted of improprieties which took place after the election. This is why the press spent almost all of its analysis on anything in the report not concerning collusion. Except for Seth Abramson.

The amusing aspect of this, lost on Seth throughout, is that while he insists that collusion is a provable entity in this report it should then be something that is readily apparent. It would not require a forensic analysis spanning hundreds of tweets collocating arcane details and then matching them with theoretical connective tissue. Seth should be able to set out a few sheets on a table and display the obvious — not rely upon a mural-sized wall of conspiracy coated with photos and red twine.

Early in his digital monologue, there are problems.

6/ This DOJ-White House axis is even more troubling given that the AG has, by all accounts, redacted the Mueller Report to within an inch of its life.
— It was reported weeks ago after the announcement of the conclusion of the probe that Robert Mueller would be directly involved in the redaction process.

So here you have it early on that Seth has to establish his conspiracy in order to sell his theory. He follows that with an attempt to illustrate this probe is far from over.

7/ We don’t have any sense whether *the* key issue we need answered—whether the President of the United States is a national security threat, by virtue of being compromised by a foreign power—will be resolved by Mueller’s work, or if the FBI/CIA counterintel probes are even over.
— After nearly 2 years there was a stark inability by Mueller to establish ANY proof this was the case. But Abramson seems to believe there is far more time needed.

125/ Bookmark the *hell* out of this statement by Mueller (pg. 10), as given all the different ways that Mueller was stymied, and his statement that he simply couldn’t establish certain things *beyond a reasonable doubt*, this paragraph should be stapled on the doors of Congress.
— This echos much of what we have been hearing from the press — Mueller was unable to come up with enough to prove wrongdoing, but there was no evidence to excuse wrongdoing, either. The phrase “reasonable doubt” comes to mind, but not to Seth’s mind.

132/ Mueller is leaving a *lot* of daylight for other entities (including committees in Congress) to investigate Trump-Russia and to do so while saying, quite truthfully, that the SCO did *not* conduct certain investigations. It’s almost an *invitation* that Mueller gives.
— So after two years and facing the inability to prove something tangible Mueller is leaving the door unlocked, so others may enter and continue the endless investigating.

Deeper there is a sign of just how strained Seth’s insistence gets. He is citing elements of business deals in Moscow, at least as far back as 2013.
191/ I’m… a bit thrown here. Trump began discussing Trump Tower Moscow with the Agalarovs *way* before the 2013 Miss Universe pageant. They announced the deal *at* the pageant. I don’t know why Mueller says they began discussing it after the pageant. That’s… *wildly* wrong.
–This was supposedly all done with an eye on the White House, 2 full years prior to the then Democrat Donald Trump announcing he would run for office. This is a sign of the extent that Abramson needed to stretch to perpetuate his theory.

And on this goes, for hundreds of more tweets. Interpretational entries and wish-casting rule the day here, without actual substantive evidence shown. All of his insistence is done for one primary reason. Recall how Abramson introduced himself as a “bestselling author”? Collusion HAS to remain valid, considering his book, Proof Of Collusion: How Trump Betrayed America was released last November. But moreover, Abramson has a follow-up tome coming in August — Proof Of Conspiracy: How Trump’s International Collusion Is Threatening American Democracy.

It does not take a hyper-caffeinated theorist in an aluminum chapeau to realize why there is this need for Abramson to keep the collusion talk percolating, for at least four more months. If most of the country becomes convinced that no collusion between Trump and the Kremlin took place then the bigger conspiracy will become how Mueller’s report impacted Seth Abramson’s book sales.