As Nick Arama wrote on Saturday, students from both schools stormed the midfield segment of the gridiron and refused to leave, delaying the game for a duration before they were eventually cleared. Approximately two dozen were arrested. The flash-mob movement was dubbed Nobody Wins, and many news reports stated it was a protest against climate change. The truth is the message was far less easily explained.

That is not to say it was a deeply complex protest message, but a broad and muddled one. Yes, the environmental message was in there, but what was being called for was the colleges to end what they accused to be ‘’climate injustice’’. What does that mean, specifically? Well…

Fossil fuels were mentioned by those chanting on the field. But then there were other chants of ‘’cancel the debt!’’ Also mentioned was the involvement with privatized prison systems. These kids were — both literally, and figuratively — all over the place.

Once you waded through the various grievances what was being mentioned as the overarching message was they desire to have the school divest from plans where it profits, supposedly, from oil and gas companies. Also to move away from any investments involving private prisons. Oh, and also from profiting off of the debt incurred by the territory of Puerto Rico. That sure is a lot to try to get accomplished before the start of the 3rd Quarter.

Demanding To Be Heard With Nothing To Say

As misguided and meandering as this protest sounds it is actually reflective of what we have been witnessing on campuses nationwide the past few years. Students across the country have been staging all manner of protests, seemingly desperate to have a relevance similar to their matriculated brethren from the 1960s. The problem; they just do not have anything near the social heft of a civil rights movement, or a nationally condemned war. So they end up marching and chanting over hoaxes, and staging sit-ins over fabric softener.

There is every reason in the world to ignore Saturday’s activist uprising the minute you learned that Yale was involved. It was one year ago that students at Yale Law School held protests against the nominated Judge Brett Kavanaugh. They did so during his hearing. His Alma Mater had declared him guilty, and these students objected to him becoming a Supreme Court Justice with charges of sexual aggression and drinking of beer on his resume. (Try to absorb collegians are the ones lecturing on such matters.)

That students were willing to convict before a hearing was completed speaks to so many levels of ignorance, but it is made worse by who was protesting. These were LAW students, who were bypassing basic legal tenants such as due process, the presumption of innocence, and the right to face an accuser, all in order to make demands of…something. Honestly, I stopped listening once I was aware they had convicted the man.

This rampant idiocy behind the protests is commonplace, but the kids will get into a snit undeterred. Facts are only a side benefit; their emotional needs are what is the priority. A major part of the problem here is the media absolutely loves a skirmish, so anytime a student flare up takes place they become emboldened because the media will amplify their message. Protests are ready-made news stories — one need only get the talking points from the dis-organizers to regurgitate, and the visuals will be in place.

Media Focus On Firey Demands Never There When The Smoke Clears

The problem is the press shows up for the uprising, but they never detail the aftermath. The fact that so many of these college protests amount to nothing is not reported with near the same energy. A regent ignoring a list of demands does not make for gripping video. A faculty panel convening months after and voting down student proposals does not constitute as clickbait. Neither apparently does the negative impacts of a protest.

In late 2015 the University of Missouri made national news when protests broke out on campus over racial tensions, sparked by a series of events that had the appearance of hate crimes. In a call for action and the dean to step down students occupied common areas, a hunger strike was staged by one student, and the school’s football team said it would not practice nor play a scheduled game. One professor on campus, Melissa Click became renowned when she was recorded trying to chase a student-journalist away from a protest. That she was a journalism teacher herself seemed lost on Click

A list of demands and hiring of particular faculty positions was issued. The students felt like they had all the power, and the dean did in fact step away. But then so did his replacement, which no one called for. The entire furor seemed to evaporate when a number of the supposed hate-crimes reported — which the faculty had been accused of fostering — turned out to be hoaxes, or at least unproven. All the outrage had been over non-existent hatred.

Then in the following months, the effects of the protests were seen, and they were hardly progressive in nature. Donations and financial backing from upset alumni began to dissipate. The athletic program saw its funding fall by 70%. Then the real long term effects were noted. Freshman enrollment plummeted by 25%, then the next year the drop in new students and those transferring out led to there being over 2,200 fewer students.

The following year even fewer attended, with numbers down by 35% over prior figures. So as the activists had called for more benefits and more jobs to satisfy their demands they instead caused students and millions of dollars to flee. And jobs. Multiple dorms were closed down, and hundreds of positions on campus disappeared. All in the outrage to fix a problem that did not exist. But the press only hailed the protests, and so the kids continue.

Bolstered by positive press, the entitled class on campus look for any reason to rise up. At Penn they protested the President’s tax cuts, despite being…students. At Cincinnati, the students protested their general malaise over the state of the country. Yes, seriously. One protestor there declared they were staging a silent protest. “We want to force people to witness our experiences without creating room for debate or differing opinions.” So no demands, no dialogue, no exchange of ideas. Got it. Hey, at least they were shutting up, that’s progress right there.

Try a thought experiment — balance the outrage of the 60s, where they were taking on the President and trying to change the country, to the outrage of today at Brown University where they students were truly outraged — because a woman worked for Pepsi. Indra Nooyi was about to receive an honorary degree from Brown, hailing a female CEO and announcing the gender progress. But Nooyi was also an advisor to Donald Trump, so everything from child labor, deforestation, human rights abuses, Trump’s xenophobia were cited as reasons to protest her degree. Worst of all — “PepsiCo’s supply chain is riddled with irresponsibly produced palm oil.” And we have not deported her yet.

But at New York college, a famed leftist institution, the students believe they would threaten the reputation as being a progressive institution — unless they were given a daily allotment of Downy fabric softener. On the sheet listing their demands on the university students cited important issues on racial disparity in classrooms, and being properly represented on the faculty. Also, “All campus laundry rooms are to supply laundry detergent and softener on a consistent basis for all students, faculty, and staff.”

Imagine a musician being tasked with writing THAT protest song. Additionally they stamped their feet over, “When dining options are closed on campus, the College must provide free meals for students staying on campus, including vegetarian, gluten-free, vegan, halal, and kosher options.” The plight of these oppressed youths can be felt worldwide.

This is the state of our state schools. Consider this reality, which is one the protestors have certainly not considered. All the calls for divesting from these hateful investments and the suspension of football games, which also generate income, should they continue will lead instead to hiking up tuitions to unmanageable levels. Then these protestors would not be able to afford to go to their hateful institutions.

Huh. Suddenly there is a way in which I might support their causes after all… 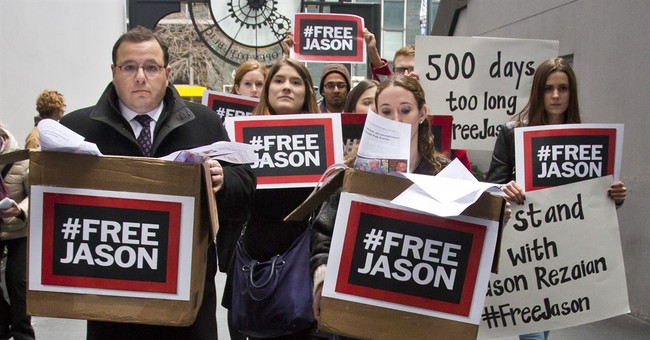