Tonight the self-involved set of Hollywood begins its self-serving practice of celebrating itself for 2 months, as the 77th Golden Globes Awards begins awards season. The good news — Ricky Gervais is hosting for the 5th time, and he has been known to get celebrities bent out of shape with his cutting humor and insulting barbs. The gasps from the offended luminaries are always a treat.

The Globes are widely derided among those in the entertainment industry, and yet everyone from the celebrities to the studio play along with this charade, all done for the sake a PR campaigns. I detail the sham here at HotAir. Everyone knows it is a joke, that the trophy will likely be used as a doorstop, but using the show as a means to launch an Oscar campaign is accepted.

CLOSING  There were quite a few obscure winners in the TV side of things, and the films that won were refreshingly older titles ”Rocketman”, and ”Once Upon A Time In Hollywood” were summertime releases. The politics were frequent, but there was a definitive effort made to not mention Donald Trump by name. The end result was a conflicted group of activists. They seemed eager to get up and pontificate, but looked cowardly by not invoking their true animous. Overall, it was a night of tedium, with not nearly enough of Ricky Gervais. More awards shows need a host who does not care about currying favor — and drinking a beer while announcing.

11:10  The final trophy is given out to ”1917”. It seems deeply ironic — and completely lost on this self-serious group — that on a night when so many were fretting about our country at war, while not in a war, saw that a war epic wins Best Picture. They should be rooting for Donald Trump to engage in more global skirmishes, in order to give moviemakers more material.

11:06  Rick Gervais returns to comment on how the show is still going on, and says ”Kill me.” He then introduces Sandra Bullock to present the final award, noting she was in ”Bird Box”, a film about people going through life without seeing anything — ”Just like working with Harvey Weinstein,” he cracks. With some groans he shouts at the crowd — ”YOU did it, I didn’t do it!” Damn, is it ever great to see someone skewering these elitists.

11:04  Renee Zellwegger twice mentioned how great it was to see everyone — the actress without eyes…

10:55  Joaquin Phoenix wins for ”Joker”. He hails the HFPA for the bold move of recognizing the link between animal agriculture and climate change. Then he does a rare thing and actually turns the focus on the room as he implores the crowd to stop taking private jets to Palm Springs. However, he did stop short of telling climate ambassador Leonardo DiCaprio to ease up on his use of zip code-sized yachts, but still…a refreshing change of focus onto the elite.

10:35  ”Rocketman” has been a major winner of a few awards, a lone bright spot for Paramount. The studio had a dismal 2019 with no films earning 100 million dollars, and having two losers this fall within weeks that saw the studio losing 200 million dollars.

10:13  Michelle Williams gives an impassioned speech about how women need the right to choose and intoned words that imply women are forced to have children against their wishes. She then declared that women need to start voting in their own best interests, because that is what men have been doing and why our politics looks like it does. ”We are the biggest voting block in this country,” she announced. Uh, then that means that those dire men she alluded to were actually put into political power by a majority of women, does it not? Just doing something you have not done yourself Michelle, and that is following your own logic to its conclusion.

9:38  Patricia Arquette has to use her acceptance speech to make comments about the likelihood of our country being on the brink of war. We are to assume that taking direct action against terrorism is the wrong course of action. Of course, Arquette did not come to any of us regarding her choice in a hideous dress, so I’ll dismiss her opinions on this matter.

9:29  Sasha Baron Cohen introduces the film ”Jojo Rabbit”, and in giving a synopsis involving a child and Hitler he makes a comment towards someone other than the character in the film as a gag. In a surprising turn of events, he does NOT make a Donald Trump reference, but instead stated it was Mark Zuckerberg.

9:21  The winner for ”Fleabag” Phoebe Waller-Bridge makes an interesting recognition, thanking Barack Obama for giving her show recognition. This is curious because the Obamas are working closely within Netflix, and ”Fleabag” is a show on Amazon…or as the British actress called it, ”Amma-zin”.

9:09  Quite the upset that ”Missing Link” takes the Best Animated feature over ”Frozen 2”, and ”Toy Story 4”, considering this was completely overlooked in April. This is a pure statement prize from the Hollywood Foreign Press Association, as this film only made 25 million globally.

9:06  Quentin Tarantino wins for Best Screenplay, which will be a needed aid for him as ”Once Upon A Time In Hollywood” as one of the few films not released in the past couple of months. I liked how he said it is difficult to come up with people to thank — ”Because I did this.”

9:01  While introducing the film ”Knives Out” Gervais makes another crack about the movie ”Cats”. Obviously, this pleases me immensely. Find out here why.

8:50  Ellen DeGeneres is granted the Carol Burnett Award for excellence in comedy. I’m surprised that Hollywood would celebrate one of the friends of George Bush like this

8:28  Yes, they have literally made a plants-only-based menu for the night’s meal, heavily reliant upon mushrooms. So take comfort in knowing that these deeply important celebrities are being served a fungus that grows on fecal matter.

8:12  Even celebrities not in attendance find a way to lecture. Russel Crowe wins a trophy, but was not in attendance. Jennifer Aniston has to read off a teleprompter Crowe’s words about global warming and how we need to rely on science, because there are wildfires in Australia that were definitively caused by global warming. Too hilarious.

8:08  Beautiful stuff, as Gervais mentions how every studio operates sweatshops so there will be little need for them to lecture from the podium, as they know nothing. ”If ISIS began a streaming service you’d be on the phone to your agents.” Then he mentions how the celebrities all spent less time in school than Greta Thunberg. To hear such non-PC commentary in Hollywood is delicious.

8:04  Gervais makes a Jeffery Epstein joke, and there were some groans. ”Oh, I know he was your friend…but I don’t care.” Then he said they all had to take their own planes. Acidic, and beautiful.

8:03  Gervais is taking few prisoners while mowing down the gathered elite, and the muted laughter proves this out. He says the license plate on his limo was made by Felicity Huffman, and refers to Joe Pesci as ”Baby Yoda”. He also calls the room a group of perverts, and that they need to get over themselves. This is refreshing

As if the Globes are not enough of a joke, it was announced this week that the organization behind the awards have made the drastic change that they will only be serving vegan food for the dinner tonight, all in the name of saving the planet. The miles-long lineup of limousines idling with the air conditioners running will still be taking place.

We have some sad news to report — Tom Hanks’ wife, Rita Wilson, is in the midst of a crisis this evening.

My hair and makeup person is one hour and twenty minutes late.

What you look like when your hair and makeup person for the @goldenglobes is one and a half hours late even though you booked him in September. Will leave one hour to do hair and makeup.

There is another crisis that took place before the show, as Netflix was disrupting the seating arrangements in the theater. Normally there are segregated sections on the floor, but the streaming provider qualifies for both cinema and television, and where to align everything has turned into a nightmare! 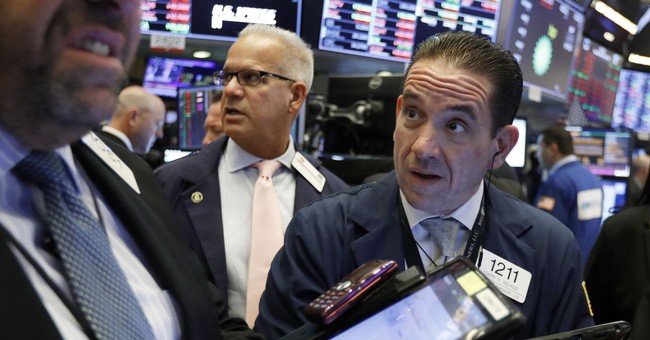 Here's a Devastating, Little-Known Story About Bernie Sanders. Why Haven't His Rivals Exploited It?