Clinton and Trump are The Same to #Nevertrump, And You’re Stupid if You Don’t Get That

I’m just going to assume that the innumerable people spewing salt last night at the #NeverTrump people for not instantly bending knee to “daddy,” have never heard of principles. I kept seeing it – as I’ve been seeing it repeatedly since the campaign began – the claim that not voting for Trump is voting for Hillary.

Understand that our abandonment of the party is not picking up our toys and going home out of spite. We’re picking up our toys and going home because you keep breaking them. I don’t care that Hillary might take office now, because I, and others, aren’t seeing much a difference between she and your lower case “l” lord and savior. We don’t see much use in abandoning our principles to stop Hillary, only to elect Hillary’s buddy.

This is the same guy who wants to continue funding Planned Parenthood after flip-flopping on abortion when it was convenient, commented that he likes the Obamacare mandate, wants to allow men into women’s restrooms, wants to impose tariffs that we’ll end up having to pay for, and thinks Raphael Cruz helped kill JFK.

He encourages violence, fails to distance himself from well known racists and institutions (I don’t care if he did it repeatedly afterward as it only takes once), at one point supported an assault weapons ban that he abandoned, again, when it was convenient. He likes to retweet racists, wants to stay neutral between Israel and Palestine, and responds like a pissed off high school aged girl whenever someone says something nasty about him, which I’m sure will work out real well for us on the global stage whenever a foreign leader makes a comment he finds insulting.

He wants to dangerously expand libel laws, mocks disabled reporters, and thinks he’s going to make Mexico pay for a giant wall across our southern border that gets 10 feet higher whenever they rightfully say no.

And that’s just some of the issues we have with him. Why in the holy hell would I, and my friends and colleagues, ever want to elect that dumpster fire?

Sen. Barrasso: 'The Blood Drained from Schiff's Face' When Video of his Parody Version of Trump/Zele

So no, we don’t want to vote for Trump to stop Hillary, because we don’t see much of a difference. Both are authoritarians who think their office is a means to power, not to service. And their similarities are only punctuated by the fact that they’re friends who run in the same circles and attend each other’s parties. Oh, and he also donated lots of money to the Clintons as well.

We wanted to vote against Hillary by electing someone who would take us into a new kind of Republicanism, sure, but not like this. What I’ve seen over the past months is nothing like it. Our leaving the party isn’t spite, it’s common sense. As I saw repeatedly said last night by gloating Trumpies, this is the alt-right’s party now, and your party, and your candidate, don’t align with our principles.

By the way, I’d like to inform Trump supporters that you’re a huge reason a lot of us can’t jump on board. I’ve repeatedly seen neo-Nazis, and open racists vehemently defend their glorious leader and his promise to kick out the brown people. Those that weren’t racist would defend him even when he was proven to be wrong. So you can see how we, the party of Lincoln and Reagan, are feeling mighty uneasy around you. We don’t tolerate racists, and your inability to hold a man as fallible as Trump accountable for his blunders is on par with religious conviction.

To paraphrase Captain America, there’s only one God, and he doesn’t look like that.

And I promise you, no amount of calling us “faggots,” “traitors” and “cucks” is going to convince us to realize our folly and come back. If guilting us into voting for Trump didn’t bring us into the fold, then bullying us sure as hell won’t. Who would have thought that calling us names, and blaming us for the failures of the party in the past – we who had been changing the party for the better – wouldn’t bring us running into your arms? You’re about as stupid as your candidate if you thought otherwise.

I can tolerate disagreement about candidates. I don’t mind debate, even if it comes to supporting Trump, and there are those that I’m more than happy to listen to. Problem is, these are so few and far between that they’re eclipsed by the fanatics and racists. I don’t see many articles from level headed Trump supporters denouncing them, and I can’t figure out if they do that because they don’t want to denounce them, or are too afraid to. In many instances, my guess is the latter.

So we don’t want to associate with Trump, and we don’t want to associate with his supporters. Now let’s add to the fact that Trump continuously polls south of Hillary, and has a massive unfavorability rating. He can’t win. Even other candidates that polled lower than Hillary at least had a better shot, but Trump just doesn’t. He can’t unite Republicans, and it seems his supporters don’t want him to. Women can’t stand him, and the youth is firmly situated in Bernie’s la-la-land.

Trump is the Titanic. For many he was glorious to look at, and everyone thinks only God can sink him. The difference here is that the political iceberg ahead was clearly visible, and in broad daylight. It doesn’t take a lot to see why many of us are in the lifeboats, paddling away as Trump and his people careen toward it.

We aren’t voting, or even settling for Hillary, we’re just not going to help you destroy this nation by paving the way for one horrible person over another. The #NeverTrump crowd is right to have the positions they hold. I have respect for those who hold tight to their principles even in the face of defeat and overwhelming opposition. In the words of Firefly’s Captain Mal, “May have been the losing side. Still not convinced it was the wrong one.”

I want you to remember all that so you understand why we aren’t there, and that it’s your fault.

Why invest? A 22-year-old's tough questions about capitalism – HotAir 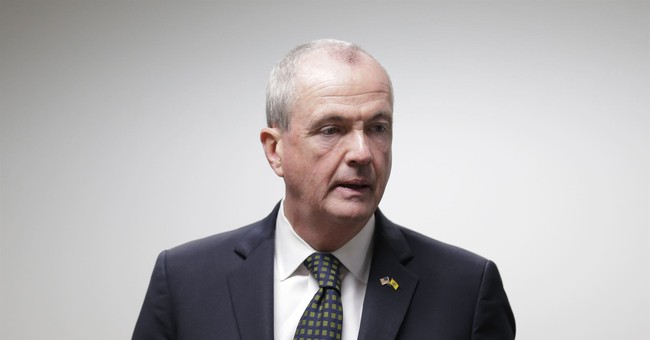