Frustrated With GOP Feuds, Ted Cruz Tells Colleagues to “Shut Up and Do Your Job”

Sen. Ted Cruz (R-Texas) has about had it with all the GOP infighting between Trump and his colleagues and told his fellow Republicans to can it and get back to work.

According to The Hill, Cruz appeared on the conservative radio show The Mark Davis Show on Wednesday. When asked about the feud between Tennesee Sen. Bob Corker and Arizona Sen. Jeff Flake, Cruz verbally slapped his fellow GOP members by comparing them to middle school students without referring to Corker or Flake by name.

“It’s like you’re back in junior high. … We’ve got a job to do, dammit, and so all of this nonsense, I got nothing to say on it. Everyone shut up and do your job, is my view,” Cruz told Davis.

Cruz added that people are “frustrated” with the Republicans penchant for infighting as so much needs to be done.

“Well I think it’s unfortunate the nastiness that pervades Washington now and political battles of personality that consume seemingly every minute of the media attention and an awful lot of time and energy here in this town,” Cruz said.

The ongoing saga of Trump vs. everybody has been the center of a good deal of chat around the collective internet water cooler, and Cruz isn’t the only one frustrated with the lack of policy focus.

Kentucky Sen. Rand Paul recently expressed his displeasure at the amount time being wasted on Twitter spats, and not on policy.

“I’m not here to criticize any of them really for what they think is the best way but I think actually that it would be better if we concentrate on policy because I think people at home would like a tax cut,” Paul told Fox and Friends Wednesday morning.

Both Paul and Cruz are right to want peace. There will likely be enough blood to spill during the tax debates. 'Anyone out there speak Biden'?! Joe Biden tells ABC News a whole lot of something about COVID that sounds like nothing (watch) 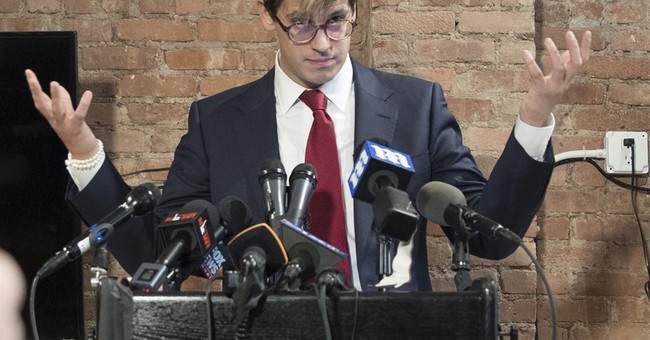 Why the MSM Is Ignoring Trump's Sex Trafficking Busts