A Fond Farewell and Thanks to TheBlaze’s “Dana”

When Dana Loesch first started her show on TheBlaze four years ago, I was ecstatic.

When it was announced she would have her own, I was happy for several reasons. For one, I felt like the right needed Dana’s particular brand of conservatism shot right into the veins in its wrist. She was a direct student of Andrew Breitbart’s, a man most of us all still take after in various ways. She had a no-holds-barred attitude that I felt the right could use when dealing with its enemies.

I also felt it was going to be a good opportunity for me. Dana had a habit of inviting me on to shows she would guest host on TheBlaze, which I nervously, but gladly accepted. I hadn’t been on television before Dana had placed me behind the camera, and I developed something of a taste for it afterward.

But I was mostly excited because my friends were all coming to one place in order to do the show. When “Dana” first began, she was accompanied by RedState’s Ben Howe, then freelancer Lawrence Jones, and popular YouTuber Steven Crowder. Sure enough, when Crowder left early on, I was asked to fill his spot as a guest.

Nothing was more exciting than going on TV to crack jokes and express your opinions with your friends.

At the time I lived in Waco. Since TheBlaze studio was located in Dallas, it was an hour and a half drive up and back, but I didn’t care. Driving up there to hang out with my friends and appear on TV at the same time was too good a deal to pass up. Sitting before shows making light of everything, learning stuff behind the scenes, and watching an endless procession of YouTube videos that Ben wanted to show me was a serious highlight.

Together we performed skits and went on field trips to various towns. Played fake game shows, and dressed up as different characters.

Ben and I work really hard for #DailyDana.

Ben and I created a theme song that was as dumb as it was short, but it made us laugh anyway. The song was used to introduce the “weekly rewind” video they’d make, covering weekly highlights of the show.

Due to some setbacks, however, I wasn’t able to continue appearing on the show, and there was a bit of a hiatus. However, in 2016, that hiatus would end when I moved to Dallas after being hired on at TheBlaze. From then on I was a regular on the show, even hosting the program twice.

I don’t recommend watching my solo act on her show. It was absolutely awful. But due to my consistent appearance on the show, I was invited to create digital content for TheBlaze, where I did what I do best; social commentary.

After my fated termination from TheBlaze during the great bloodletting in August, I was asked if I would still be appearing on Dana. The answer was, of course, a “yes.” I was on the show at the beginning, and I’d keep appearing on it until it was done.

But on Wednesday it will be done. Dana has decided to walk away from TheBlaze, choosing instead to focus her efforts more on her family, and her radio show. In that order.

Dana’s show was a large part of my media upbringing. I’m sad to see it go.

My love goes out to everyone who made it possible, be they the cast or crew.

The Trump we could have had – HotAir 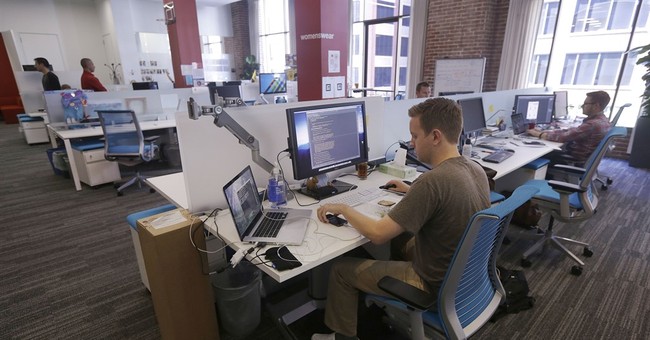 New Tools And Attitudes For Managing The Millennial Workforce