I’m apparently not the first person to notice this, but Disney unveiled Trump’s new animatronic in the Hall of President’s show, but it looks a little less like Trump and a little bit too much like his failed 2016 opponent, Hillary Clinton.

Disney unveiled the robot on Tuesday, where the animatronic stands on stage with all the other Presidents throughout American history. Trump even lent his voice to the robot, giving an oath and a speech.

The statue has his hair, his posture, and even his hand movements down…but his face looks very off. Like it was originally supposed to be feminine and was melted and morphed so that it looked more masculine.

Perhaps you can’t see it too well from this video, so let me give you a closer look.

A closer look at Donald Trump’s animatronic robot unveiled today in the Hall of Presidents at Disney. Well, at least they got the hair right. pic.twitter.com/iBdy2hs4hx

To me, this looks more like Hillary Clinton aged into her 80’s put on a Donald Trump wig.

I don’t want to be a conspiracy theorist and say Disney originally thought someone else was going to claim the White House, but they wouldn’t be the only ones. Matt Stone and Trey Parker wrote an entire season of South Park around it and had to rewrite it once Trump won.

It could be nothing like that at all, and it’s just a badly made robot.

I get that without the aid of digital animation, animatronics are still notorious violators of the uncanny valley (when a humanoid object looks very similar to human but eerily not close enough) but it can be pardonable if it at least looks like the person they’re trying to recreate. While there are no perfect representations yet, this Trump animatronic doesn’t even seem to hit close enough to the mark. If I put a Hillary wig on it, I think I’d have better luck.

But while others believe it’s not necessarily Trump’s face, they’ve arrived different conclusions as to who the Trump robot looks like.

It's weird how the Trump robot at the Hall of Presidents is Trump from an HBO movie five years from now where he's played by Jon Voight pic.twitter.com/7GtizFfELR

Okay, I finally figured out who the Hall of Presidents Trump looks like: Peter Boyle pic.twitter.com/l6mm79yi1q 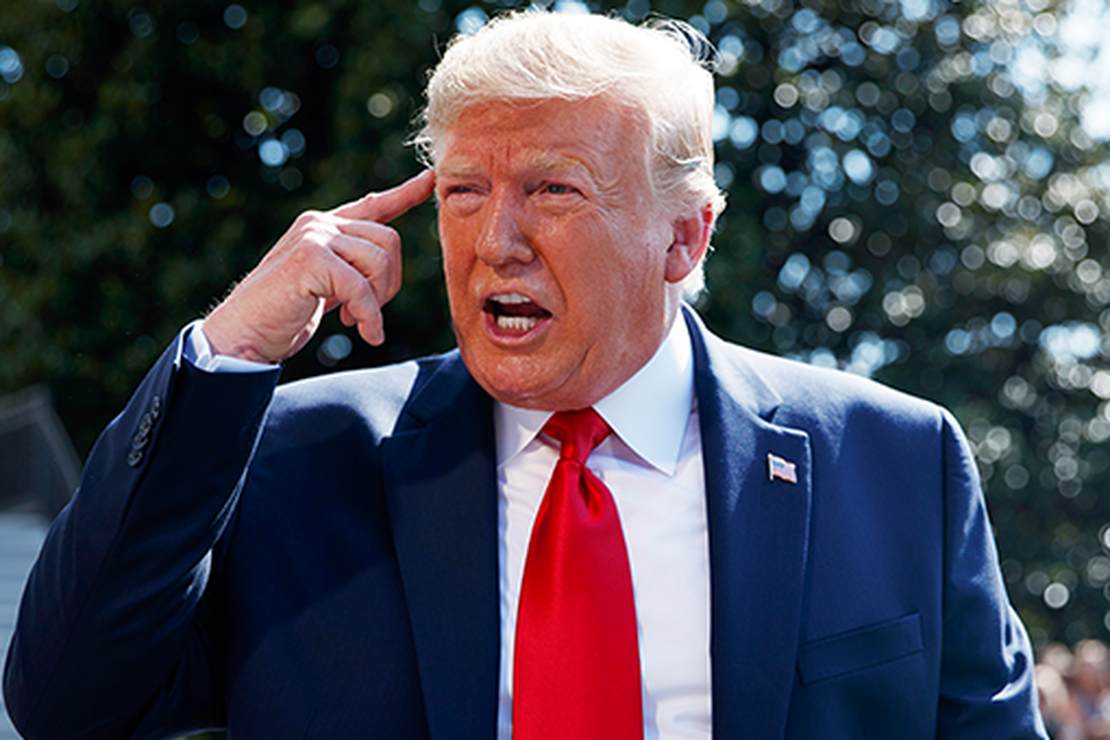 CNN's Latest Play? Tattling on Trump While He Is Golfing