The city of Los Angeles is taking going to combat global warming, and now they’re taking it to the streets, and I mean literally.

According to Fox News, LA found that applying a coat of sealant to the road, and giving it a white hue reduces the temperature of the roads:

The LA Street Services began rolling out the project last May, which preliminary testing shows has reduced the temperature of roadways by up to 10 degrees. The project involves applying a light gray coating of the product CoolSeal, made by the company GuardTop.

“CoolSeal is applied like conventional sealcoats to asphalt surfaces to protect and maintain the quality and longevity of the surface,” according to the company website. “While most cool pavements on the market are polymer based, CoolSeal is a water-based, asphalt emulsion.”

Somehow, the road being 10 degrees cooler because it’s white is going to combat that.

Los Angeles is painting some of its roads white and the reasons why are pretty cool — literally. https://t.co/BGC3GiZeoH pic.twitter.com/DTv5FkC0GE

While I’m all about new and innovative ways to make our roads better, and even cooler, something that expensive better pay off.

There’s been no word yet on how many miles the city of LA is going to be painted, but you can bet that regardless, it’s going to be expensive. I just hope the residents of LA enjoy their possibly 10 degrees cooler roads achieved with an overabundance of taxpayer dollar spending.

Mattis denounces Trump: “The first president in my lifetime who does not try to unite the American people” Dear April Ryan: Are you passing out your coronavirus treatment waiver to the protesters and looters? 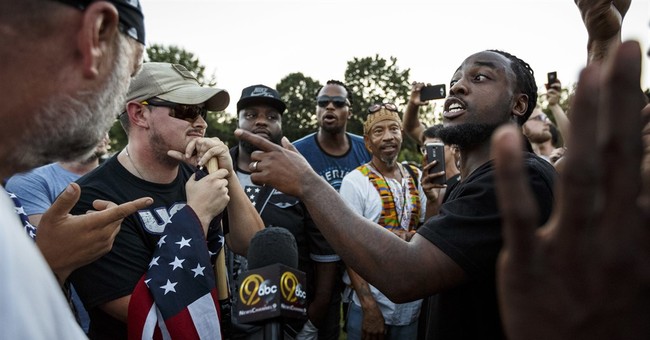