One of the most notable parts of the 2016 elections was the heated rivalry between Texas Senator Ted Cruz and then-candidate Donald Trump. Some of the blows against Cruz were considered unforgivable by many, as some of them involved his wife Heidi Cruz.

Cruz, however, has been amicable with Trump since that time, and because of this, he has been labeled as many negative things that give off the impression that he’s weak.

During the debate with challenger Beto O’Rourke on Friday, Cruz was asked about this issue from the moderators.

“The last time you stood for election was in 2016. You were the runner-up in the Republican primary for president,” began moderator Gromer Jeffers. “Donald Trump as you remember, dubbed you ‘Lyin’ Ted.’ He took swipes at your wife and father. You, in turn, called him a pathological liar. And quite frankly, there’s so many insults between the two of you, it would take the rest of this show to go through them all. But now that he’s president, you guys have become friendly to the point where you praised him in Time Magazine. How do you respond to critics who say that as it relates to President Trump, you’ve lost your dignity?”

Cruz responded with force, answering that there is more to politics than personal rivalries and hurt feelings. He noted that he very well could have become an anti-Trump Senator, but that his job was more important than any insults and rivalries, choosing instead to work with Trump to pass monumental legislation that created great economic opportunities:

Well, there is no doubt 2016 was an election unlike any others, and there were some hard shots thrown. I’ll tell you, my dad – who is here tonight – anyone who knows me knows my father has been my hero every day in my life, Heidi and my daughters – who are here as well – anyone who knows me knows Heidi is my best friend in the world. I think she’s the most beautiful woman on the face of the planet and I am blessed from God to be married to Heidi Cruz.

Now, after the election in 2016, I faced a choice. Donald Trump had been elected president and we had an opportunity to do something extraordinary. I made a conscious choice to do the job I’d been elected to do, which is to represent 28 million Texans. I’ve got a responsibility which is to fight for every person here and every person in this state.

And so I have worked hand in hand with the President on substance, and we have delivered remarkable victories. The biggest tax cut of a generation. We’ve seen four million new jobs created since Trump was elected and we cut taxes and cut regulations. We’re seeing record low unemployment

Texans’ lives are better, so yes I could have chosen to make it about myself to be selfish and say, ‘You know what, my feelings are hurt. So I’m going to take my marbles and go home, but I think that would have been not doing the job I was elected to, and every single day in the Senate it has been my job to fight for jobs, jobs, jobs, and to fight for 28 million Texans.

I’ve done that, and if the people of Texas reelect me, I will continue to fight each and every day for jobs and economic opportunity for Texans.

Joe Biden Will Choose His Running Mate Tomorrow, And Here Are His Options 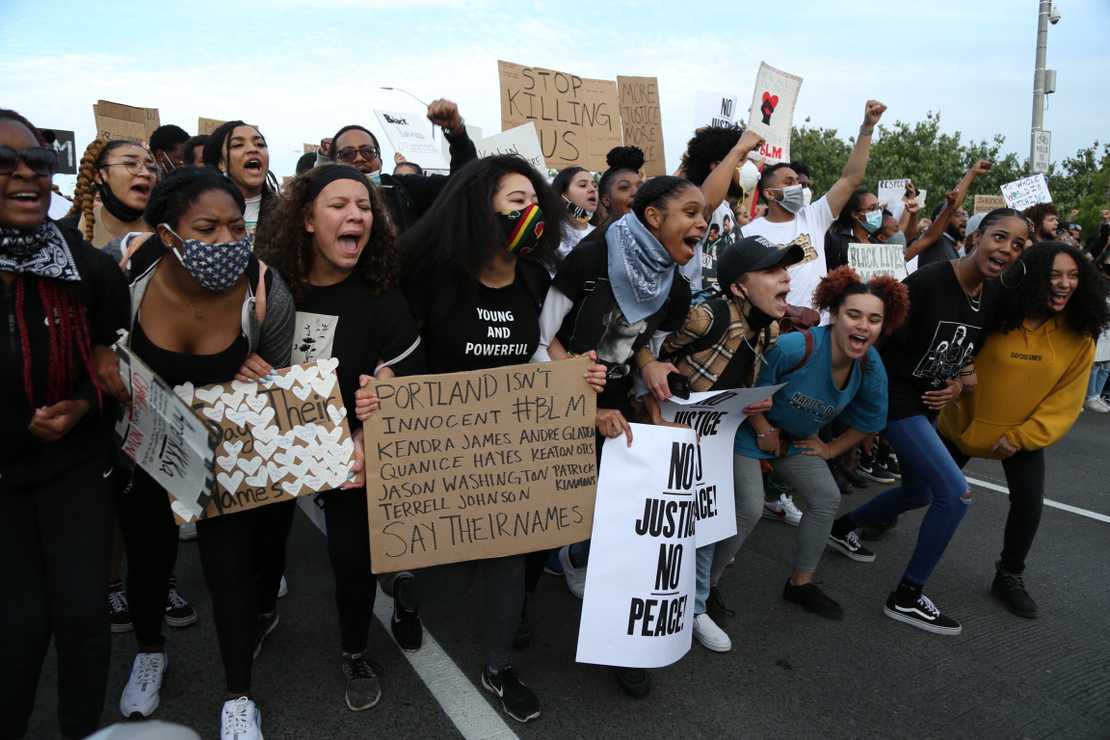 The Left Eats Their Own, Portland Edition: Wall of Moms Collapses, Accused of Anti-Blackness