Alexandria Ocasio-Cortez Promotes Death and Destruction Due to Climate Change With, of Course, Bad Information

The Democrat darling Alexandria Ocasio-Cortez is coming along nicely in her embrace of the Democrats’ more radical agendas as she is now heralding the coming death and destruction brought about by climate change with a Gore-like gusto.

“People are going to die if we don’t start addressing climate change ASAP,” Ocasio-Cortez Tweeted out. “It’s not enough to think it’s ‘important.’ We must make it urgent. That’s why we need a Select Committee on a Green New Deal, & why fossil fuel-funded officials shouldn’t be writing climate change policy.”

People are going to die if we don’t start addressing climate change ASAP.

It’s not enough to think it’s “important.” We must make it urgent.

That’s why we need a Select Committee on a Green New Deal, & why fossil fuel-funded officials shouldn’t be writing climate change policy. https://t.co/bn6NloGlaY 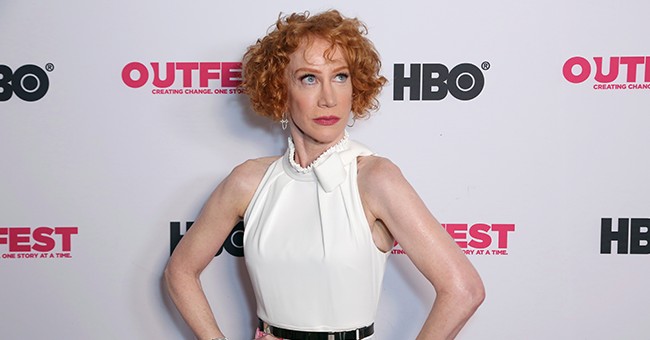 I’ll forego the fact that everyone from celebrities to washed-up politicians turned activists have been telling us we’re all going to die the day after tomorrow for years now with little to no results proving their claims true.

Suffice it to say that Ocasio-Cortez is piggy-backing her claim off a CNN article that cites a new US government report claiming climate change could have a drastically horrid effect on the nation, causing it to lose 10% of its GDP. CNN being CNN added that the Trump administration released this inconvenient study just in times for the holidays when everyone would be distracted.

“The federally mandated study was supposed to come out in December but was released by the Trump administration on Friday, at a time when many Americans are on a long holiday weekend, distracted by family and shopping,” noted CNN.

The problem is that many of the models used to arrive at the conclusion are outdated and inaccurate, which in the science community is supposed to be a sign that if one continues to work based off of wrong information, then you’ll reach wrong conclusions. When science becomes political, science flies out of the window.

This caused one scientist concerned with climate change to actually lash out at the study, and tweet that he worries that it will cause many to dismiss climate change studies in the future according to the DCNF:

The scientists who wrote the National Climate Assessment (NCA) used unreliable information that exaggerates the risks global warming poses, University of Colorado Prof. Roger Pielke Jr. noted in a series of tweets. He fears the report will make it easier for critics to dismiss future climate studies.

“By presenting cherrypicked science, at odds w/ NCA Vol,1 & IPCC AR5, the authors of NCA Vol.2 have given a big fat gift to anyone who wants to dismiss climate science and policy,” Pielke Jr. wrote in a tweet Friday shortly after the White House released the report. “Embarrassing.”

So once again, Ocasio-Cortez is pushing the wrong kind of information with the goal of implementing fixes on the economy with, you guessed it, higher taxes and spending. One bad idea after another bad idea that was spawned by more bad ideas.

Fun fact: According to the Daily Signal, the U.S. is actually the country that reduced its carbon emissions the most, and more than other countries that promote climate change hysterics and equally panic-driven solutions. Oddly enough, no one seems to be commenting on the worst nation when it comes to pollutants, but we probably won’t see them addressing China anytime soon.

Tax and spend is the name of the game, not dealing with problems.