Being woke isn’t all that its cracked up to be. In fact, if patterns tell us anything, it shows us that the woke folk are the most sexist, racist, bigoted people out there.

As I wrote earlier today, one of the phrases that the social justice driven woke crowd likes to throw around is “the future is female,” and this phrase is a sex supremacist phase, no matter how you slice it. You can generate all the excuses for it just means “equality” that you want, but at the end of the day, and by their own assertion, feminists and social just adherents don’t really want equality. They want power.

One of the feminist politicians who likes to claim that the future is female is none other than New York Democrat Sen. Kirsten Gillibrand, who tweeted out what the future IS.

Female
Intersectional
Powered by our belief in one another.

And we’re just getting started.

As I wrote earlier, this doesn’t make Gillibrand look like a champion of equality and the people who responded to her tweet made sure she knew it too. It’s a sexist assertion that equates to “anyone not female will be subjugated.”

But outside of Twitter followers making sure she understood the error of her ways was fellow politician Sen. Marco Rubio (R-Fl.), who had some choice words for her.

“Our future is: AMERICAN,” tweeted Rubio to Gillibrand.

“An identity based not on gender, race, ethnicity or religion,” he continued his tweet. “But on the powerful truth that all people are created equal with a God given right to life, liberty & the pursuit of happiness.”

Rubio’s message wasn’t one of “us vs. them” as Gillibrand’s was. Rubio isn’t concerned with identity politics and notices, like any other sane person, that the social justice agenda divides and encourages unequal treatment, not equality on any level.

I wish more politicians would speak up against this kind of identitarianism. I’d rather have the mainstream war against leftist social justice and identity politics sooner than later.

There’s No Reason to Attack John Bolton (Yet?) 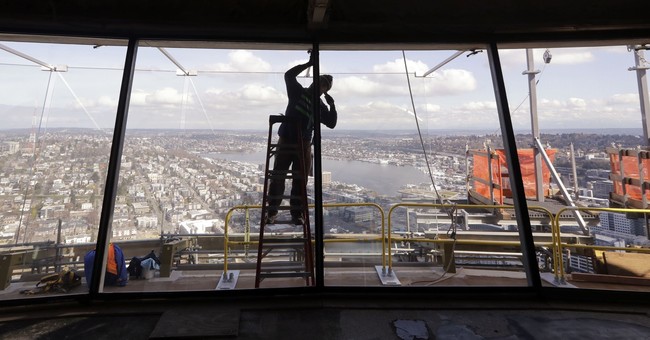 100k A Year Handyman, Dave Tells Us How He Did It