Tucker Carlson Was Right Not to Apologize, and We Should Follow That Lead

If there’s one thing consistently demonstrated by the social justice/activist left, it’s that legitimate remorse is more of an invitation to attack than an avenue to forgiveness. It’s taken more like a confession of guilt and welcoming of social punishment than an honest way to increase understanding.

This is why when Tucker Carlson had an old radio show interview of his pulled up and put on display by Media Matters, his first reaction was to shrug his shoulders at the outrage coming his way, rather than crumple like a cheap suit and make an apology.

According to The Hill, Media Matters found an old interview years ago during the “Bubba the Love Sponge” radio program. During the segment, where Carlson was a regular, the now Fox News host made “disparaging comments about women” and “appeared to call for an end to rape shield laws.”

In other words, Tucker said things on a shock jock program that shocked people.

Naturally, the mob whipped into action and came after Carlson. However, Carlson refused to back down, taking to Twitter to make it clear that if people really want to hear what he thinks, they’re more than welcome to watch his show.

“Media Matters caught me saying something naughty on a radio show more than a decade ago,” Carlson wrote in a statement that he posted to Twitter. “Rather than express the usual ritual contrition, how about this: I’m on television every weeknight live for an hour. If you want to know what I think, you can watch. Anyone who disagrees with my views is welcome to come on and explain why.”

The thing is, it wouldn’t matter if Carlson had said those things. If Carlson was akin to a choir boy, the left would still attack him for having a platform that speaks out against their narratives and agendas. You can ask Mike Pence about that. If they can’t find something to be mad about, they’ll invent a reason to be angry.

For the left, an apology isn’t a way to absolvement, it’s an invitation for retribution. The left has exhibited through their actions again and again that saying “sorry” is asking to be punished, and if possible, to allow them to dictate how you conduct personal and/or business dealings in the future.

As I made clear in a video during my radio program, not apologizing is the best shield you can have against the mob. They may try to intimidate and pressure you into caving, but like with any bully, standing your ground and fighting back makes you too difficult of a target. You become a walking, talking counterpoint and give people the option of taking your side.

Two great examples I list are War Horse Studios and Ubisoft, both who created games that the SJWs raged over for various reasons. The unapologetic nature by which the games were released, however, lead their games to be massive hits.

Tucker’s unwillingness to apologize wasn’t just a brave move, it was wise. He knows full well that no matter what he says, they’re going to come after him. Even to the very doorstep of his home, as an Antifa mob demonstrated not that long ago. 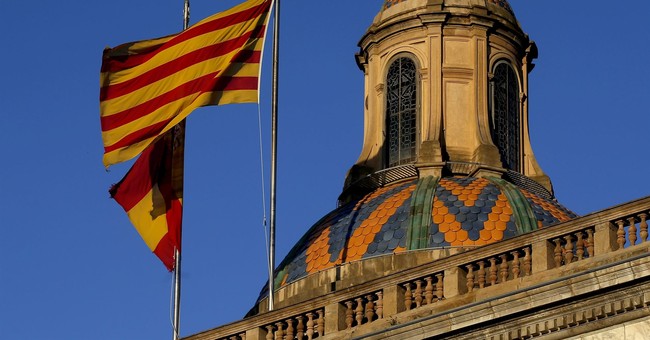