I Support LGBT Individuals, but Not Its Community of Activists

During “Pride Month” you tend to see what look like a lot of anti-LGBT writing coming from the right, and I feel like that oftentimes gets misconstrued. It gets misconstrued because the activist left like to paint any kind of logistically analyzed event or negative commentary as a blanket hatred of LGBT people.

That there are truly bigoted people out there is an undeniable fact, but the truly bigoted people are a small minority. Many are like me. We may have LGBT friends or family members that we love very much. We love them because we think they’re good people who are a pleasure to be around. I personally have plenty of gay and lesbian friends that I truly think it’s a pleasure to be around and love talking to.

Of course, like many on the right, including many libertarians, we turn around and write articles that slam the LGBT community. It almost looks like a night and day difference.

The nuance may seem small but looking at it makes it glaringly obvious how many on the right look at members of the LGBT community, and it’s that we’re not looking at them as members of a community but as individuals. We’re not giving our respect for them by the way they identify, but whether or not that individual is a good person and friend.

However, the left typically thinks in terms of categories and groups. Simply identifying as something automatically earns you a certain level of respect and deference. It’s a backward way of doing things as it completely dismisses the person and breaks down the individual into how they fit into the collective.

Jack Phillips of the Masterpiece Cakeshop is gearing up to fight a third lawsuit against him because he wouldn’t violate his religious beliefs. Vox is currently destroying all of YouTube by using the excuse that Steven Crowder dared to oppose someone who is gay and called this gay man names. Schools are forcing LGBT lifestyles and concepts on small children, and disallowing parents to have a say about it if they tell them it’s happening at all. In fact, transgender activists are currently working to try to take your kids from you if you deny any spark of transgenderism in your child at all, whether it’s legitimate or not.

That’s just one bit of the icing on a much larger activist cake.

While the LGBT community may have to suffer criticisms about the content of its parades or jokes about their habits and traditions, they can rest easy knowing that this happens to everybody else on the planet. Everyone has their ways criticized and analyzed. Everyone is given third-person takes. Everyone is going to be the butt of a joke at some point. Being gay doesn’t exclude you from the discerning eye that is human society. Making yourself a sacred cow isn’t going to stop it from happening.

In fact, making yourself a sacred cow in the age of the internet is likely going to make it happen more.

And that’s okay. In fact, it’s good for you. No one individual or group should consider themselves beyond reproach, as those kinds of people end up hurting themselves and others with their undeserved sense of self-importance and inability to learn from mistakes.

And there definitely are mistakes occurring within the LGBT community that need to be addressed posthaste.

For instance, the sexualization of children is consistently seen in the LGBT community with kids like “Desmond is Amazing” who is being thrust into the spotlight as a representative for “drag kids.” The sexualizing of an eight-year-old is gross and has gone far beyond allowing a boy to dress up as a girl. He’s dancing in front of audiences at gay bars at 2 a.m. while they throw money at him.

This infamous clip of a half-naked boy dancing sexually as a crowd gathers around him shows just how bad the problem of sexualizing children is within the LGBT community. Then there are the aforementioned attempts by public schools to drill transgenderism and homosexuality into the heads of children.

Problems like these need to be addressed and stopped immediately, but they’re not. We’re told we must either ignore or even applaud things like this.

I want to be very clear that I do not believe everyone who is LGBT agrees with the kind of disgusting things that happen within the LGBT community, or the overt attempts to control society. This is definitely the work of activists and those who follow their every whim. I’m positive that many feel as disgusted as anybody else does.

It’s hard to take action because many people fear the activist community, even within LGBT circles. Speaking out makes you a pariah, and if it’s your own circles that are rejecting you, it can be very difficult. At some point, however, we all have to recognize that we’re individuals with individual feelings about specific things. That the dislike of one thing doesn’t mean a dislike of a person or a group of people. That there is a moral line we should draw and stick to when it comes to forcing others how to live, or what we push on children.

Once we embrace the idea of individualistic thinking, much of the problems the right and the LGBT community have will dissolve. Not at all of it, but enough of it to truly bring about a peaceful understanding. LGBT people and right-leaning people get along all the time every single day. We’re definitely not enemies, and we shouldn’t let others make us so.

Another Benefit of Obamacare: Economy Doing Worse Than White House Predicted Had We Done Nothing 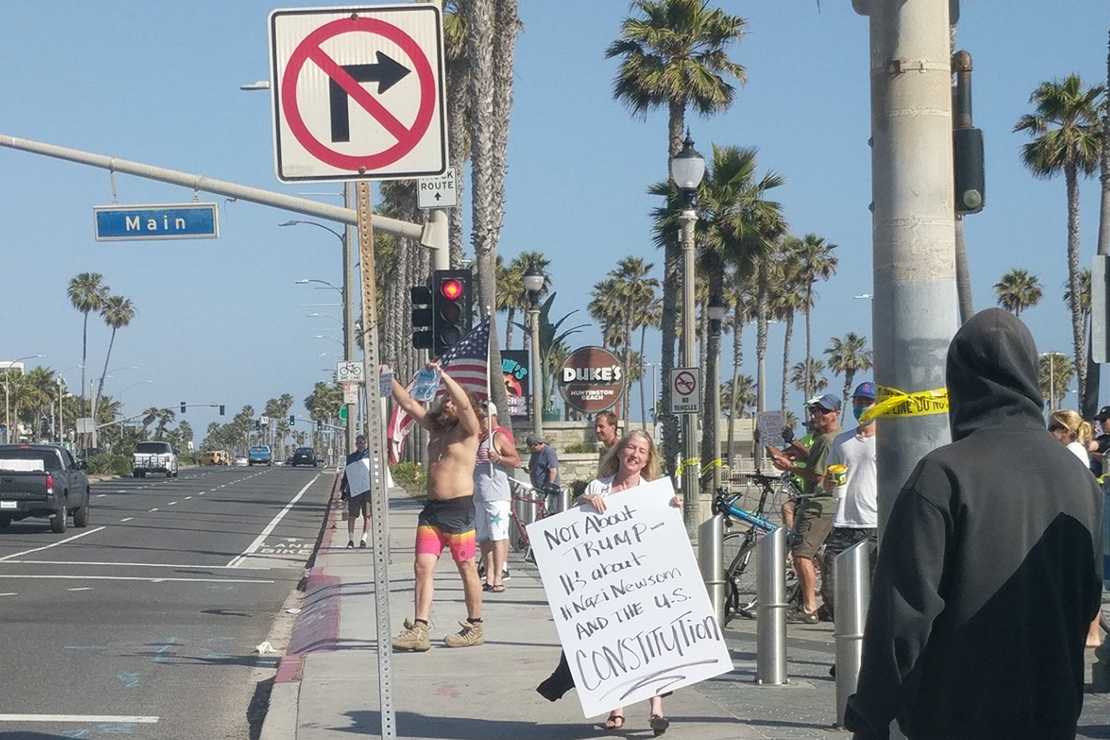