If someone with an electricity problem came to me about it I would direct them to an electrician, not begin rattling off nonsense about how power cables are a danger to society and resorting to disproven ways of keeping us safe from electric shock and outlet fires.

Democrats seem to have this kind of mindset about firearms, and consistently rattle off “facts” and insight that is particularly ridiculous, especially given the fact that much of what they suggest only seems to worsen problems or, at the very least, exposes their ignorance.

It’s worse when politicians are on the campaign trail simultaneously suggesting that Democrats get physical with Republicans.

Diane Feinstein (D-Calif) and Chris Murphy (D- Conn) recently penned an article in TIME, once again calling for the ban of America’s most popular rifle, the AR-15.

The dystopian duo made the usual case you hear from Democrats trying to get you to give up your gun rights. There have been shootings and gun violence, and Republicans are standing in the way of lawmakers passing strict gun regulations that would magically make all of this stop.

It wouldn’t, and getting rid of guns in America would be impossible, as I explain in this video below.

Regardless, the core of the article is talking about how Republicans are essentially the reason you keep seeing shootings happen, completely ignoring the fact that the majority of these shootings occur due to being in a gun free zone where people are pretty much guaranteed not to shoot back.

They then attempted to tell you, the reader, about what AR-15’s are used for.

“Guns like the AR-15 aren’t used for hunting and they’re not viable for home protection,” wrote the Democrats. “They have only one purpose, and that’s to fire as many rounds as possible, as quickly as possible.”

As David Rutz at the Free Beacon notes, many hunters do use the AR-15 for just that purpose, not to mention home defense:

However, the AR-15, the most popular rifle in America, is used for hunting and home defense. MRC-TV noted a poll showing more than 25 percent of hunters reported using the rifle to hunt big game. In addition, the rifle is popular for home defense given its light weight and limited recoil, making it easier for owners to handle.

The Daily Signal reported on eight recent examples of civilians using AR-15s to protect themselves and others, including a 15-year-old Texas boy who fought off two home invaders threatening him and his 12-year-old sister.

The Democrats finish by putting in on Republicans to fall in with Democrats on banning and restricting firearms and lists the classic Democrat warning of “people will die” if they don’t.

“Senate Democrats are ready to vote,” wrote the Democrats. “It’s time for Senate Republicans to show some courage and implement sane gun safety reforms. If we don’t, more will die.”

It should be noted that Democrats don’t truly care about the AR-15. Handguns are used far more in violent crime, and Democrats have more or less given up on going that route in their quest for gun control. The attack on the AR-15 is just an attempt to chip away at what they think is the weakest part of the wall.

The truth is that guns aren’t going anywhere. America’s foundation literally involves the use of guns by civilians as a method of keeping its government in check. The 2nd Amendment wasn’t created to protect us from deer and clay pigeons, but oppression. While it’s true that guns are used in malicious ways, they are also primarily responsible for saving lives either through law enforcement or self-defense.

Especially in an age where Democrats are getting more physical than ever, and with their leaders suggesting physicality on the regular — Joe Biden just did it on Monday — I’m not exactly feeling good about giving up my best means of defense. If politicians like Maxine Waters and Corey Booker are out there urging their base to find them wherever they are, get in their face, and make them feel unwelcome, then giving up our best means of defense is out of the question.

We live in an era where Antifa will literally show up at your door or assault you on the street. Where an angry mob may confront you while you’re trying to sit down to dinner. At some point, someone is going to take something too far and I’d rather be prepared than sorry. 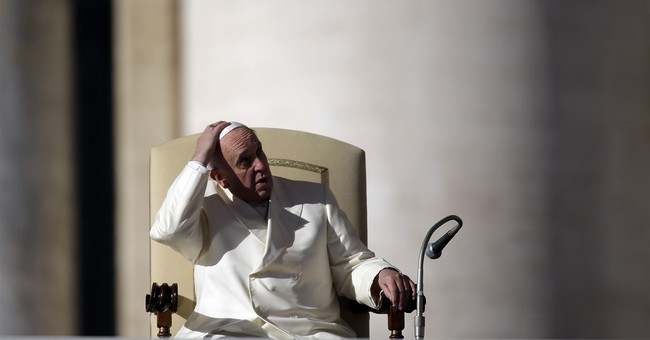 The Major Trends in U.S. Income Inequality Since 1947