People who saw photographer Annie Leibovitz’s photo of the Democratic women running for president in 2020 noticed that someone was missing.

New in Vogue: A story by @amychozick about the women lawmakers running in 2020 for president.

Williamson told CNN that she was never asked to join the picture as it was only supposed to be about the women who were currently in office. Williamson took this as a snub regardless, saying it’s not up to Vogue to be the gatekeepers of who does and doesn’t qualify to run.

“If they wanted to say you had to be an elected official, they would have. And they didn’t for a reason,” she added.

"I just saw it online like everybody else… nobody talked to me."@marwilliamson, on being the only female presidential candidate excluded from a Vogue story.

"When we asked… we were told the decision was to make it only about the elected officials." https://t.co/GNU0Nwmm0m pic.twitter.com/DvLyc8eHVG

Williamson didn’t stop at explaining why Vogue was wrong to CNN. She decided to insert herself into Leibovitz’s photo with her picture hanging above the women in the frame.

In truth, Williamson should consider herself lucky that she wasn’t included. The photo shoot doesn’t exactly ring empowerment or accomplishment. In fact, it looks like a photo of forced comradery that ends up giving one an awkward feeling. The controversy might even bump her in the polls just off the fact that it makes her seem like an outsider, and people are all about outsiders right now. 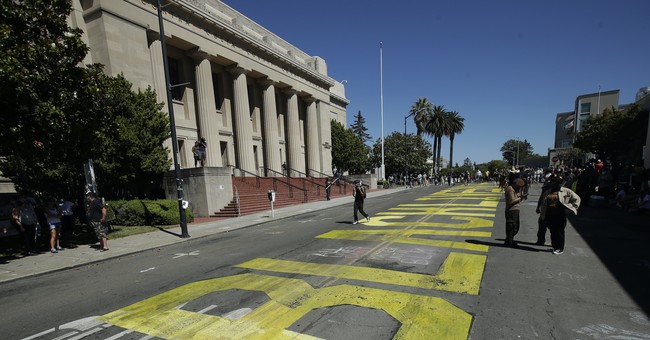 Brian Stelter: Fox News prime time hosts are ‘poisonous’ but CNN’s Don Lemon ‘is a news anchor who has a point of view’