The queen bee of the woke hivemind has said some crazy things about white men in the past, oftentimes blaming them for all the world’s problems.

Why this hasn’t been called out as racist, sexist nonsense has so far eluded me, but I digress.

New York Rep. Alexandria Ocasio-Cortez is often touting the evils of white men. Recently she blamed them for creating a hurricane that killed her grandfather.

No…no, that’s not a joke. She actually did that.

(READ: Alexandria Ocasio-Crazy: AOC Sinks To Blaming White People For The Death Of Her Grandfather)

Hilariously, AOC, in all her wokery, decided that she and her woke mob should endorse the whitest white guy currently running in the Democratic primary, Vermont Senator Bernie Sanders. This didn’t really come as a surprise to anyone that she endorsed him. Socialists of a feather grift together.

What’s interesting, however, is that AOC made the most un-woke comment that a person could make. She told an entire crowd of people that a white man showed her what her value was.

The clip came from a short video tweeted out by Sanders, which featured AOC giving a campaign speech for Sanders in front of a crowd.

“It wasn’t until I heard of a man named Bernie Sanders that I began to question and assert and recognize by inherent value as a human being,” said Ocasio-Cortez.

"It wasn’t until I heard of a man by the name of Bernie Sanders that I began to question and assert and recognize my inherent value as a human being." -Rep. Alexandria Ocasio-Cortez pic.twitter.com/s1aLTz1mJ2 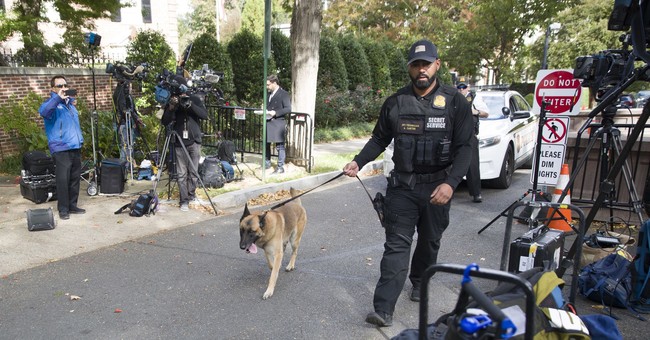 Man’s Best Friend May Be Able to Help Detect Coronavirus

That’s right. The woman who said that planting cauliflower is racist because it’s a colonial vegetable of the white people and shouts “white supremacist” every time Trump so much as sneezes is telling everyone that Sanders is the one who made her recognize her worth as a person.

I could have sworn that the concept of white people telling minorities what they’re worth was something the Democrats were trying to halt once and for all, ya know, despite the fact that they were the ones who fought a war to keep that going in the first place and even today continue to gauge the worth of a person by skin color alone.

Funny enough, Twitter isn’t taking it as the inspirational message Sanders and AOC might have hoped. In fact, the primary response seems to be that many people feel sorry for Ocasio-Cortez.

Man, her life must be empty indeed.

So she was an adult with a degree and she was clueless until Sanders?

this is a weird quote to amplify

Outside the idea that this is pretty weird for a person claiming to want to free society from the yoke of its white patriarchal oppressors, this is a weird thing to say about Sanders in any capacity.

As some have noted, it comes off a little more cultish than it does supportive. Ocasio-Cortez’s claim states that she hadn’t questioned her worth as a person before she heard of Sanders but did so and found her worth afterward. That’s placing a lot of importance on Sanders’ leadership. Far more than it’s worth, in fact.

Telling someone they can find their worth in an elected leader isn’t exactly something I’d feel comfortable doing, but AOC has never been shy about the promotion of a person like they were some kind of human above humans, especially herself. You’ll recall she released an entire video essentially looking to the future and seeing how she saved the world and inspired younger generations to be just like her in a bizarre video for the Green New Deal.

This may do well among the loyalists for Sanders and AOC, but for everyone else, it’s a bit much.