Female action heroes aren’t uncommon and are celebrated throughout our culture. However, feminist filmmakers can’t seem to create an action film worth a damn. It’s easy to see why. Putting your political messages over good characters and storytelling makes for what equates to a high budget propaganda movie than a fun outing in a world filled with guns and explosions.

According to Variety, Elizabeth Banks decided a while back that she would make a feminist action film using the Charlie’s Angels brand as the basis. The film released and subsequently flopped, making a total of $27.9 million during opening weekend, which doesn’t nearly amount to the $48 million cost of making the movie.

Banks and company weren’t surprised that the film flopped, and seemed to have their excuses already lined up for it. In fact, the way Banks put it, it was less of an excuse and more of a threat.

The reason it failed? According to her, it’s because men don’t want to see women in action roles.

“Look, people have to buy tickets to this movie, too. This movie has to make money.” she said according to Bounding Into Comics. “If this movie doesn’t make money it reinforces a stereotype in Hollywood that men don’t go see women do action movies.”

In fact, in addition to all those movies, one franchise that has been popular with audiences of all sexes has been…Charlie’s Angels. The reboot of 2000 debuted at number one and stayed there for two weeks.

Men don’t care about whether or not the lead is female, so long as she’s well written and believable just like any other character of any sex, race, or whatever.

It should be noted that Banks set herself up for failure. Aside from the fact that few people had any idea that a Charlie’s Angels reboot was even happening, Banks pulled the same nonsense that Brie Larson did with Captain Marvel and made it clear that this wasn’t a movie for men.

“When we were casting the movie, I wanted really fresh faces. I wanted a diverse cast. It’s important that women, the audience for this movie, sees themself in some part of this movie,” she said. “I think that’s really important. I want the audience to feel a sense of ownership over the film, that they could be in this movie, that they could live in this world, it’s a real message. It’s a movie that I want to entertain all audiences but I did want to make something that felt important to women and especially young girls.”

How do you say that this movie is primarily for women, then get mad and cry “sexism” when men don’t show up? 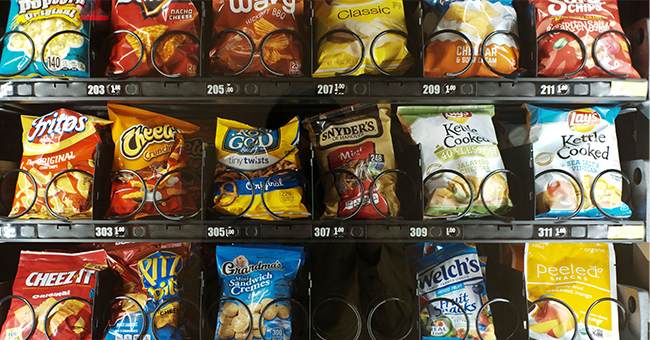 Vending Machines Almost As Deadly As AR-15s In Mass Shootings