Anyone who knows me knows that I’m a sucker for good satire. The closer you get to the truth while still being absurd, the better. As such, the man known as Carpe Donktum, most popularly known as President Donald Trump’s favorite meme maker, tweeted out what might be the best Twitter thread of the year, satirizing how the media reacts to anything Trump does.

Normally, I wouldn’t dedicate an entire article to something like this, but the satire is so well done and true to life that I felt it really sums up the kind of political/media landscape we live in.

To start, Donktum begins with a hypothetical situation. Let’s say trump tweets out a horse.

A simple picture of a beautiful looking black horse mid gallop. Usually, when it comes to Trump, the situations start as simple as that. However, as we all know, it’s never that simple. Everything Trump does suddenly becomes the worst thing anyone has ever seen. Twitter, whether it be pro or anti-Trump immediately reacts. Media and various talking heads begin posting takes so hot that you have to wear mittens to handle them.

MSNBC: President Trump tweeted a picture of an Arabian horse, clearly a dog whistle to his Islamophobic base

Feminist Twitter: Why does the horse have to be a male? This is just another example of Trumps war on women.

Brian Stelter: President Trump tweeted this photo of a horse and did not credit the photographer. Every single day this president defies the norms and attacks the free press, thumbing his nose at decency.

Rachel Maddow: This horse, we found him, and we have his tax returns.

Elizabeth Warren: This is a mockery of my people, they depended on horses, not for something pretty to look at, but to survive. We need to tax the rich to buy the poor their own horses.

Biden: I had a horse just like that when I was in the pony express with Obama.

Boot Edge Edge: My husband has a horse like that, we're gay married. Did you know?

Adam Schiff: Based on evidence I have seen, this horse was part of an irregular channel of communication between the WH and Ukraine. Feed was likely exchanged for rides, a quid pro quo.

Hannity: Tonight we are going to expose what the Destroy Trump Media doesn't want you to know about this noble horse, later we talk to the great one about horse pedigree

Juan Williams: Come on, this horse is clearly a call back to what Trump thinks was a better time… Slavery

Don Lemon: He… tweeted… a horse. I would say this was a new low for this white house… but I… would… be… lying. There has never been a white house… this.. racist.

Hillary Clinton: It's times like these that I wish that I could tell every little girl in America that they can have a horse, but in Trump's America this is not the case. #WildHorsesCantStopWomen

Comey: *Picture of him in a field*

Elon Musk: I redesigned the horse and it is way cooler than that.

Everyone in Unison: Throw a ball at it

Greta: I shouldn't be here, YOU HAVE STOLEN MY DREAMS

Acosta: I am down here at the border and I am not seeing any horse crisis as the president has claimed. *Karate chops staffer*

RussiaGaters: Remember that Putin had his picture taken on a horse, comrade Trump is signaling his boss that he is ready to receive orders.

And after all that races through the news cycle, we finally get back to Trump who reveals, as usual, that the entire situation was completely overblown, and he just liked how the horse looked.

Epstein: I didn't kill myself.

The reason I love satire so much is that it really makes you sit back and reflect on reality. When you pull back on the whole situation regarding how we react to anything Trump does, it does look really silly. I’m not trying to sound hyperbolic when I say this, but I’m pretty sure no one man has ever had so much power over so many people. No emperor has ever had the reach that Trump does, and no amount of people have ever had this much access to the words of a leader.

Mix in the fact that humanity is just now learning how to deal with the fact that it’s never been so close together while never being so far apart thanks to social media, and you have what really equates to pure insanity.

In any case, well done Donktum. This is a masterpiece of a thread. 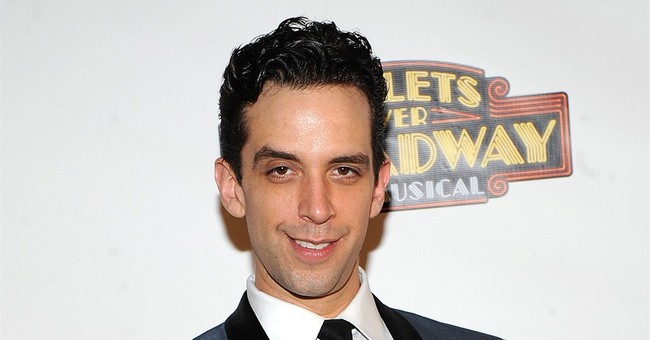