It’d be foolish to say that every person who resides on the left is as insane as the recently exposed Kyle Jurek of Bernie Sander’s presidential campaign, but it’d be equally foolish not to recognize the fact that the mentality that Jurek possesses is strikingly common.

If you haven’t seen it yet, Project Veritas went undercover into the Sanders campaign and have so far released two videos featuring Jurek. Each video is just as shocking as the last, with Jurek calmly talking about visiting violence on the American people during an upcoming political revolution, forcing reeducation upon the people, sending billionaires to gulags, burning cities to the ground, and more.

He also says that there are more people in the Sanders campaign just like him.

(READ: Project Veritas Releases the First Expose of Its Footage Inside the Sanders Campaign and It’s Disturbing)

As I reported just earlier today, we’re on day two of these videos coming out and we still haven’t heard anything from the Sanders campaign denouncing Jurek. In fact, we’ve gotten even more than just silence. Campaign directors from state to state have begun locking down their accounts.

This is a very interesting development. It either means they’re trying to mitigate the backlash that appears in their personal feeds, or they would rather internet sleuths go through their own tweets to find more evidence of mentalities just like Jurek’s. Either way, the Sanders campaign has a very bad problem on its hands, and the silence isn’t making it any better.

In any situation, a straight-up denial and disavowal of ideas like Jurek’s would be a priority, but instead, we’ve gotten silence. Why?

Looking at how many of the violent extremists like Jurek believe exactly what Jurek does when it comes to political positions. Groups like Antifa openly promote violence against their opponents and demonstrate it on a regular basis. According to Jurek, Antifa members are likely folded into the Sanders campaign itself.

Journalist: "Are there Antifa people here?"

Jurek: "A lot of them are probably on the Bernie campaign…"#Expose2020 pic.twitter.com/cQ4N0M26JO

They aren’t denouncing Jurek, because they are Jurek.

It’s important to remember that Sanders is an open socialist so friendly with communist ideals that he heaped praise upon communist Russia, and even honeymooned there during the cold war. His radicalism is loud and his message sells well, and as a result, he’s going to attract true believers like Jurek to his campaign.

Right now, Project Veritas is primarily focused on Jurek, but if the pattern follows, the group has a lot more under its cap than just one staffer on camera saying wildly horrible things, and if they do, then none of us should be surprised.

Socialists and communists have demonstrated their willingness to be violent on multiple occasions, and I don’t just mean in communist countries like the USSR or North Korea. Here on American soil, socialist and communist protesters have rioted and caused massive amounts of destruction and injury. All the while, Democrats have stayed more or less silent, or in some cases, even promoted groups like Antifa.

Let’s not forget that one Sanders supporter took it upon himself to shoot up a baseball field full of Republicans.

Again, not every Sanders supporter is violent, but they sure are awfully quiet when violence happens, and I’m talking both the supporters in and out of the campaigns.

At some point, the world is going to have to realize that socialism and communism breed some kind of sickness in people that causes them to deny reality, embrace evil, and pushes them to violence. Jurek says he hasn’t “punched a Nazi yet,” but the key worse here is “yet.” He’s fully ready and willing to commit violence, and if, as he says, there are more people like him in the Sanders campaign, then the Sanders campaign is a powder keg.

More importantly, the Sanders campaign can’t be trusted. If the campaign doesn’t want to deny anything Jurek said, and we see how those in the Sanders camp believe force and murder are acceptable paths to achieving your goals, then Sanders should be kept as far away from the White House as humanly possible. 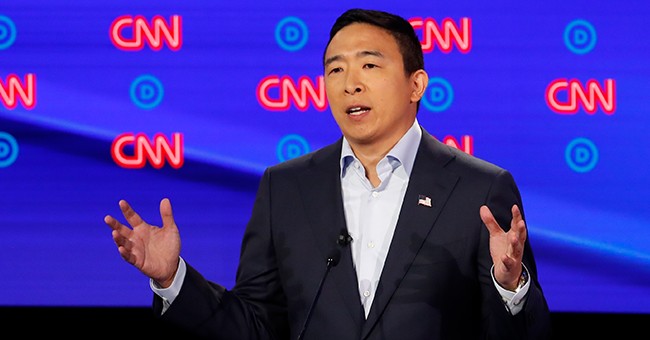