There’s a big push by the LGBT community to make the fantasy world they live in reality when it comes to the way transgender people define themselves. The mental disorder “gender dysphoria” makes you feel as if you’re one sex when you’re not and it results in a very hard and sometimes depressing lifestyle.

It’s so depressing that it carries with it a horrifically high suicide rate. Especially for teens.

Disgustingly, it’s teens that the LGBT community wants to rope into this kind of lifestyle, whether they suffer from dysphoria or not. A lot of time and effort is put into making the disorder seem like a lifestyle that should be engaged in and not a sickness that causes a lot of harm.

This has gotten so bad that the LGBT activist community has pushed many Democrat politicians into crafting laws that benefit the transgender community by actively punishing anyone else that misgenders them.

Taking these kinds of things to the higher courts had some risks in and of itself. If the courts capitulated to even calling anyone a “she” when they’re really a he, this could have been an acknowledgment that the fantasy they would like to push on everyone else is real.

But it looks as if the courts are fighting back according to National Review:

Earlier this month, in U.S. v. Varner, a divided panel of the U.S. Court of Appeals for the Fifth Circuit boldly refused to appease those who would muddle truth. Over the dissent of a Clinton-nominated judge who used female pronouns in his opinion to refer to the biologically male defendant, the majority refused to subordinate the integrity of the judiciary to a litigant who had moved to require the court to address him as something other than what plain English would indicate he is. In so doing, the Fifth Circuit panel has provided a roadmap for how public officials interested in preserving the commonality and vitality of the English language can resist contemporary progressivism’s attempts to obfuscate truth through the propagation of biologically inaccurate and linguistically imprecise transgender pronouns.

Writing for the Varner majority, Trump-nominated judge Kyle Duncan first observed that “no authority supports the proposition that we may require litigants, judges, court personnel, or anyone else to refer to gender-dysphoric litigants with pronouns matching their subjective gender identity.” Second, because “federal courts today are asked to decide cases that turn on hotly-debated issues of sex and gender identity,” Judge Duncan feared that the court’s use of subjectively felt but biologically inaccurate pronouns would “unintentionally convey” a “tacit approval of the litigant’s underlying legal position.” Third, referring to “Pronouns—a How To Guide,” a colorful five-column-by-nine-row matrix from the University of Wisconsin–Milwaukee LGBTQ+ Resource Center, Duncan argued that “deploying such neologisms” could “well turn out to be more complex than at first it might appear” and could “could hinder communication among the parties and the court.”

Ultimately, the panel majority logically “declined to enlist the federal judiciary in this quixotic undertaking.” Duncan’s courageous refusal to engage in it amounts, in progressive parlance, to “deadnaming” or “misgendering.” For transgender activists and the rest of the “woke” mob, such rogue behavior is akin to malicious aggression. But it is reflective of both the biological truth that sex is immutable and the linguistic truth that, for a language to remain viable, words must have readily discernible meanings.

In short, the higher U.S. courts aren’t playing along. If you’re born as a certain sex, you are that sex legally according to the federal government.

This is very good. Not only for reasons that would make our legal system more complicated and confusing but because of what this does for our culture. The fact of the matter is, our laws are interwoven into the fabric of our culture and the legality of something either encourages or discourages certain behaviors for many different reasons.

A nod of approval from the courts is a green light to many people. You can see the effect of this in decisions like Roe v. Wade, which resulted in millions and millions of deaths thanks to the abortion industry finding its legs on it.

Should the higher courts have given its approval for the fantasy of gender dysphoria to define laws, then you can bet that the LGBT activists would have gone buck wild in bringing lawsuits against anyone and everyone that remotely irked them and people’s lives would have been ruined left and right who would have never deserved it.

While I’m not saying the fight is over and the LGBT activist community has lost, I am saying that this a definite blow to them. 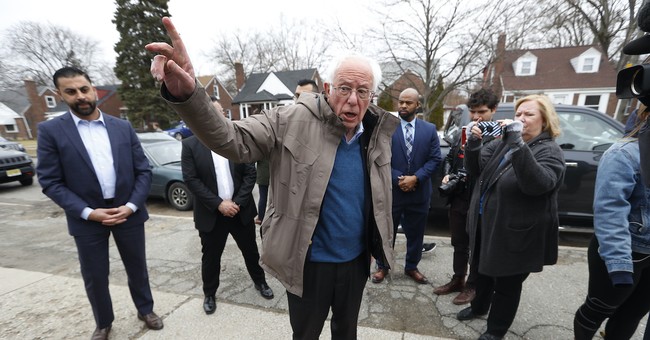